New York, 31 Dec (Big Wire) Apple is expected to release next generation iPhone 7 in 2016. Several reports indicate it is likely to be Apple’s best ever smartphone with a boosted battery life. 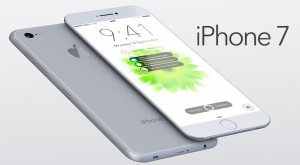 User may find it  faster and thinner than the current handsets. You may not need a USB data cable to power your phone because Apple may introduce wireless charging although  it has yet to reveal anything.

Some creative minds imagined that the device would run on iOS 10 with an A10 processor with 4GB RAM.

It may have 3,500mAh battery.A  concept video surfaced in web mentions that iPhone 7 may have a 16MP rear camera with 8MP selfie camera.