A massive stage at Girgaum Chowpatty in Mumbai hosting a cultural jamboree as part of the Make In India Week turned to ashes on Sunday after it caught fire reportedly due to a short circuit, a day after Prime Minister Narendra Modi inaugurated the ambitious week-long programme with much fanfare. 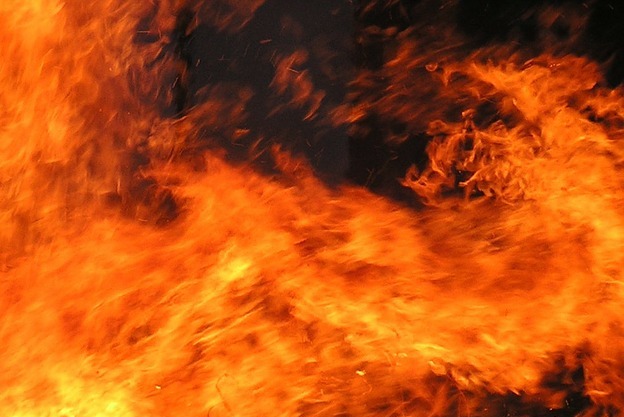 Luckily, though around 10,000 people, including several dignitaries like Maharashtra governor Vidyasagar Rao, chief minister Devendra Fadnavis, cine actor Amitabh Bachchan, were present at the show, no one was injured and everybody was evacuated.

Here are the 10 facts you would like to know about the lavish stage where the cultural show, ‘Maharashtra Night’ was being held:

1. The stage had a 120 by 20 feet (approx) screen fixed on it. There were nine LED screens set up across Chowpatty so that people could watch the event.

2. The screen projected the map of Maharashtra which had an image of the Trinity Brahma-Vishnu-Mahesh.

3. A large statue of Lord Buddha in sitting position was placed in front of the screen.

4. The Maharashtrian map had visuals of the Ajanta Ellora caves, focused on the state’s cultural heritage and highlighted on its history.

6. As many as 350 labourers worked to set up the mega stage.

7. A total of 18 performances, including six major and 12 smaller, were lined up for Sunday’s event.

8. A grand dance performance depicting Maharashtra’s famous Ganesh Visarjan was planned with as many as 650 dancers.

9. Another performance was planned with 20 horses on Founder of Maratha Empire Chhatrapati Shivaji.

10. Bollywood superstar Amitabh Bachchan, who performed at the event, had a narrow escape. He had recited a poem about 10 minutes before the state caught fire.

“I had my performance, just finished and had got off stage and sat in car to leave … when it happened … a providential escape … but no casualties … all safe,” Bachchan posted on his Facebook page.