With the discovery of water on Moon followed by Mars, mankind marked new pages in the history of space research.

News reports informed us of water on the Moon and NASA is on a search for ways to mine it. After Moon, we travelled farther in our solar system to discover water on the surface of the red planet, Mars.

Water on another planet captivated many of us as evidence of flowing water meant possibility of life.
But do these discoveries assure us of water when it vanishes from Earth? So are we all travelling to Moon and Mars drinking all waters of Earth?

Can we all afford to travel there? Or water is to be brought here through some kind of pipelines? If the answer to the above questions is ‘No’ then we must plan to make our piece of Earth suitable for habitation.

For we all have agreed that water is a symbol of creation, the elixir of life, energy and medicine that restores youth and ensures eternal life.

Major five elements of life on Earth – ‘Panchabhuta’ – comprise water as a key component, along with fire, air, earth and sky. So water is looked for in the planetary explorations.

It is ironical to realize that while we marvel at NASA’s discoveries and progress of mankind, we destroy our own water resources beyond its natural replenishing capacity.

Yoy may like to read!
Why Indian river water war getting murkier?
The art of marginalising farmers!
Living fest over dying Yamuna
Who is Sri Sri Ravi Shankar?
Save earth for next generation: Chipko legend
India turns to hydroponic technology to meet fodder need
Smart cities: Will they work in India?
Five flood prone Indian cities and their lost water bodies

Only three percent of Earth’s water resource is fresh. Out of that, only one percent can be used to grow crops, to cool power plants and other domestic purposes.

The water sources (i.e. rivers, lakes, aquifers) in the process are drained dry and what remains is often contaminated. It is a threat to the lives of those who drink it.

With 83 million more people added to Earth’s population every year, water demand will increase unless we change how we use it.

Give up water myths

With the growing use and abuse of our water resources, it is difficult to satisfy the growing number of thirsty lives.
At this stage, S.T.Coleridge’s words through his poem ‘The Rime of Ancient Mariner’ have almost come true in many parts of the globe, “Water water everywhere …but not a drop to drink”.

And we have been slow to break ourselves free from myths of Earth’s infinite generosity:

1) Unlimited availability of water: We have grandly overdrawn our accounts. With the increase in population and developmental activities, the stress on water resources is greater. Water availability is fast decreasing for every individual.

2) Groundwater is safe: Groundwater, once considered potable, is now commonly found to have arsenic, fluoride and saline contents harmful for human health.

3) Drinking water is free: Safe and adequate drinking water is costly. People buy and struggle a lot even for a bottle of water. It is costlier to keep the water safe, involving the efforts of financial, operational, managerial and technical aspects of a system.

Mythological stories narrate how the sacred element, water was ensured on Earth. It was great Bhagiratha’s penances and austerities that first ensured water in the form of the river Ganges. He was born in the seventh generation of King Sagar.

His discipline could finally make the sacred Ganga river flow on the Indian subcontinent. Since then Ganga continues to purify the people that take a bath in her waters.

This mythological story is relevant in the present day and we all need to be like Bhagiratha in the present context. So, water can be conserved at two levels of water users:

Further, carrying out small changes in day to day engineering and behavioural practices is equally important. Each one us has to transform into conscious and cautious users and become modern day Bhagiratha.

Essentially two problems are of concern: first, the lack of water consciousness even among the literate lot and second, handling the issue of water wars that’s already cropping in the Indian context. The solution lies in water education.

Water has social, economic, political and cultural dimensions along with its scientific core. Water is life and each section of the biodiversity demand ‘save some for us’. And we, human the intelligent being, are to conserve and recharge water for all.

If we don’t stand up to our traits of being intelligent beings then that day is not far when aliens from other planets on their spaceships will visit Earth, to find evidence of water that someday existed on the Blue planet, Earth.

It will be similar to the ones we are doing at Mars and Moon. “May the waters from the snowy mountains bring health and peace to all. May the spring rains be a source of tranquility to all.” – Atharva Veda, 200 B.C. 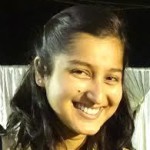 (The author is a post graduate student of Sociology in JNU. She can be reached at leomedha31@gmail.com . This article is being published on the eve of World Water Day on March 22)