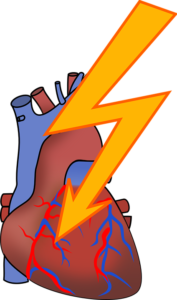 If you have high cholesterol and you are having cholesterol-lowering drugs known as statins, you are less likely to have heart attacks and strokes.

The study published in the New England Journal of Medicine was conducted on nearly 13,000 persons including women from 21 countries on six continents. The people comprised 20 percent white.

People living in Canada, Europe, China, South America and South Africa were included in the study that was led by researchers at McMaster University in Hamilton, Ontario.

The people separated in three groups were assigned to have cholesterol-lowering drugs in low doses, blood pressure drugs or a combination of the two for about six years.

The people involved in the study did not have heart disease but had average bad cholesterol. Most of them were on average about 65 years old and non smokers or non diabetics.

The people who had taken statins alone fared better than those who consumed the blood pressure pills and combination doses. The drugs reduced cholesterol and blood pressure levels moderately.

Analyzing the study outcomes, the researchers claimed people having statins are about 25 percent less likely to have fatal or nonfatal heart-related complications.

Blood pressure drugs alone worked no better than other pills at preventing the heart-related problems. But combined with statins, the drugs reduced the number of cardiovascular related ailments by 30 percent.

“The benefits of statin drugs were seen in people from every part of the world,” co-author Salim Yusuf, a professor of medicine at McMaster University in Hamilton, Ontario was quoted in the journal as saying.

People who were on statins had slightly more muscle pain or weakness than those were on the other two types of pills. Even as they too showed slightly more symptoms of cataract, the researchers said it was not analysed whether the drug played any role.

Heart disease, a leading global killer causes nearly 18 million deaths every year and there is a perception that people with higher risks of high blood pressure and unhealthy cholesterol levels are prone to the cardiovascular diseases.