Two recent scientific and technological achievements have propelled India in the league of giants.

The first was when Indian space scientists successfully sent 20 satellites in a single launch and the other was when India joined the most elite club of Missile Technology Control regime in June 2016.

Both the incredible achievements caught the imagination of the entire world as India showed her technological prowess.

These two outstanding achievements have brought to the fore, the role and contributions of women scientists and technologists in helping India make a giant leap as a scientifically advanced country.

The other pertinent issue has been the status of women in the various fields of science and technology .

Dr N.Valarmathi and Dr T.K.Anuradha have been two women scientists who have headed the most sophisticated satellite launches of Indian Space Research Organization in recent times.

However, there remains a ‘gender asymmetry’ in the field of science and technology in India.

As per the National Task Force for women in Science, the Indian women held only 37 percent of Ph.Ds; less than 4 percent of important awards and fellowships; less than 15 percent of Faculty positions.

A highly acclaimed report by the Elsevier Foundation published in 2012 focusing on Gender equality on knowledge society found the participation of women in the field of science, technology and innovation in India ‘alarmingly low’ due to multiple socio-economic factors.

The report found that though India advances as a rapidly growing giant economy backed by knowledge economy, the participation by the women remains at a low level.

According to the report, women constitute only 28 percent in IT sector, participation on boards of corporate is 4 percent and in science the representation in national science academy grew up to 5 percent in 2010 from a mere 2.8 percent in 2000.

Looking critically at the United States, the participation women in science and technology remain more or less the same.

As per the Bureau of Labour Statistics, US Department of Labour’s Women in labour force:A Data Book, 2014 reveals women’s representation constitutes 39 percent in Chemists and material science, 27.9 percent in environmental science and geosciences,15 percent in chemical engineering,8.3 percent in electric and electronics etc.

Looking at the same indicators for India, the overall workforce (the number of female researchers) remained at 12.5 percent in 2005, probably the only official data currently available.

The Elsevier report 2012 claims that India offers both gloomy and shinning stories . It says, in terms of enrollment in science and engineering, India occupies a relatively higher position with 65 percent female enrollment.

Further, segregation of the data in terms of various streams of studies in science and technology reveals an interesting scenario.

In the field of biological, medical and life sciences including ayurvedic and nursing profession the women participation remained at 84 percent where as the female participation rate in the field of physics and engineering dropped to 32 percent from 35.8 percent in 2005-07.

Here, lies the crucial policy implications for the Government of India in framing the future policies related to education, science and technology.

A cosmetic change in science and technology and education policy may bring in more enrollment but a calibrated policy giving financial impetus to women entrepreneurships in the field of science and technology, single window clearance system for establishing and commercializing scientific innovations by females with science background will certainly be the game changer. 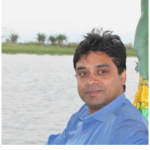 The author is a policy analyst and can be reached at prusethsujit@gmail.com