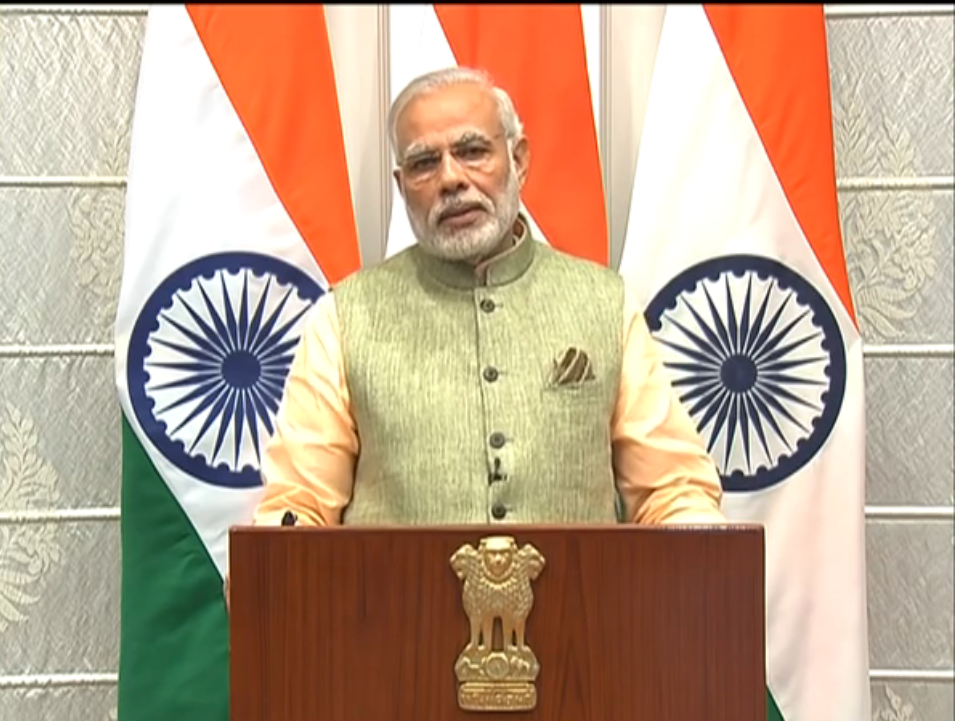 Prime Minister Narendra Modi on Saturday announced a string of schemes and rebates for the public on the New Year’s eve.

Addressing the nation following the end of the deadline to deposit the demonetized 500 and 1,000 rupee notes in banks, Modi also defended note ban and tried to strike a chord with the people.

Here is the list of key incentives and schemes he announced on New Year’s eve for poor, women, farmer, small entrepreneurs, and middle class.

1. Two new middle-income categories have been created under the Pradhan Mantri Awaas Yojana in urban areas. Loans of up to Rs.9 lakh taken in 2017, will receive interest subvention of 4 per cent.

3. Farmers who have taken loans for the Rabi crop from District Cooperative Central Banks and Primary Societies, will not have to pay interest on such loans for a period of 60 days.

Farmers who have paid interest during the last two months will receive these amounts back, directly into their bank accounts.

The loss that NABARD suffers by giving loans to cooperative banks and societies at low-interest rates, shall be borne by the Government of India.

5. The government has decided, that 3 crore farmers who have Kisan Credit Cards, will be given RuPay debit cards within three months.

Kisan Credit Cards were launched in 1998, but so far, it was essential to go to a bank, to use them. Now, farmers will have RuPay Debit Cards, which they can use anywhere.

6.The government underwrites loans given by banks to small businesses through a trust. So far, loans were covered up to Rs.1 crore.

This limit is now being enhanced to Rs. 2 crore. Earlier the scheme only covered bank loans. Hereafter it will cover loans given by NBFCs as well.

7. The government has also asked banks to raise the credit limit for the small industry from 20 per cent of turnover to 25 percent.

8.Banks have also been asked to increase working capital loans from 20 per cent of turnover to 30 percent, for enterprises that transact digitally.

9. A few days back, the government announced a major tax relief for small businesses. Income of businesses with a turnover of up to Rs 2 crores was calculated at 8% of the turnover.

Now, for such businesses income from digital transactions will be calculated at 6%. This will effectively reduce their tax liability by 25%.

10.Last year, nearly 3 and a half crore people have benefited from Murdra Yojana. The government now aims to double this, giving priority to Dalits, Tribals, Backward Classes and Women.

11.The government is introducing a nation-wide scheme for financial assistance to pregnant women. Rs.6000 will be transferred directly to the bank accounts of pregnant women who undergo institutional delivery and vaccinate their children.

This scheme will help reduce the maternal mortality rate, in a big way. This will help ensure nutrition before and after delivery and improve the health of mother and child.

So far, pregnant women in 53 districts were being given financial assistance of Rs.4000, under a pilot project.

12.The government is initiating a scheme for senior citizens. Banks often reduce their deposit rates, when they receive a large volume of money.

This should not adversely impact senior citizens. Under the scheme, senior citizens will receive a fixed interest rate of 8 percent for a period of 10 years, on deposits up to Rs. 7.5 lakh. The interest will be paid monthly.