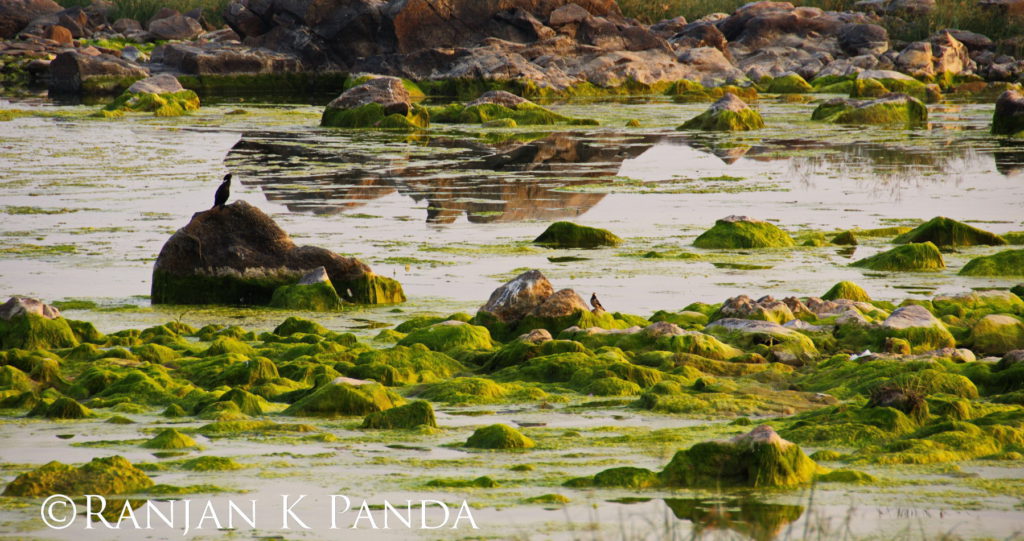 When in July last year the Odisha government woke up from a deep slumber on the crisis facing Mahanadi, its mother river, I hoped my repeated warnings of one and a half decade had finally been heard.

Things looked up as the government, using its official and political muscle, raised issues that are critical to the river and people dependent on it.

However, the way the state government has moved so far makes me believe that the seriousness is not as deep as its spokespersons want us to believe.

The latest rejection by the Odisha chief minister of a ‘Negotiation Committee’ proposed by the central government involving all the stakeholder states is one such move.

That Mahanadi is a dying river is no news anymore. But when a government that kept on marketing this as a ‘water surplus’ basin till June that year wakes up to its sorry plight – at least verbally – raised my hopes.

We saw a lot of political and official action including the demonstration in front of district collectors and forming human chains.

However, the government took a lot of time to go to the National Green Tribunal on the alleged violation of environmental laws by the barrages and dams built by Chhattisgarh and did not approach the central government for the formation of a tribunal.

The political actions certainly outnumbered the official protests. The little that came up was with data that were hard to be believed because the same government considered the Mahanadi to be water surplus all along on the basis of the same data sets.

Even now, almost seven months after the protest started, no data in public domain by the Odisha government suggest that the Mahanadi is a deficit river. In fact, during this same time only, a group of Odisha MPs had asked the chief minister, in a letter, to consider diverting extra water of the Mahanadi to other parched areas of the state.

In the meanwhile, Odisha government has not given its consent (as yet) to the Mahanadi-Godavari link. Actually, no one knows if Odisha has officially objected to it or not.

Politicians of the ruling party have been heard saying the government has objected this move citing water scarcity as the reason.

Nothing is official yet. The way India’s water resources minister has been giving statements on this issue, it seems, files for materialising this link are moving and there is a constant attempt to convince Odisha on this project.

Another indicator shows that Odisha’s stand on the Mahanadi’s water status is quite confusing.

Local people in Boudh have been constantly raising protests against any dam project for the proposed Mahanadi-Godavari link but the government is yet to give any statement either in support of it or disputing the apprehensions of submergence.

I am constrained to say, this does not go well with the government’s claim about water deficit in the river.

The demand for a tribunal

In a chief ministerial level meeting that was organized on September 17, with the mediation of the Union water resources minister, Odisha asked for three months’ time in which it called for an expert committee to study the impacts of dams and barrages upstream on the water flow downstream.

Till then, the government demanded, all constructions by Chhattisgarh to be stopped. The other parties did not pay any heed to it.

This was protested politically but the move for demanding a tribunal did not come by immediately.

Ironically, what I was demanding for over a decade, and what the Odisha government asked for in the CM level meeting on September 17 last year, was acceded to in this action by the central Ministry of Water Resources, River Development and Ganga Rejuvenation (MoWR).

The Odisha government has rejected this proposal for various reasons that are genuine. However, experience with river conflicts in the nation makes me believe that the Odisha government should have accepted it with some conditions. Let me try to explain it.

We know that the Inter-State Water Disputes Act 1956 (ISWDA) has not proven effective in this country. We also know that legal solutions may not be the last resort. The Sutlej Yamuna Link (SYL) canal case and the Cauvery case are burning examples.

An upper riparian state can just do some crazy things and keep blocking water. In a federal structure of democracy, we cannot wage a war against our neighbour state in any case.

Wise and visionary political leadership should, therefore, find an opportunity in each opening. The central government actually has not much role to play in such conflicts but has a major political role besides playing some of the not-so-effective rule books.

Experts who have followed the ISWDA tell us that political combinations between the centre and fighting states play a major role.

Seven months have already elapsed and the way the centre and Chhattisgarh are responding, it may be another few months before a tribunal is set up. Then, one is not sure how much support the centre will provide to the tribunal to expedite this case.

History shows that tribunals take their own sweet time and by then the conflicts and crisis escalate beyond limit. Then there are further legal and political hurdles that can always put the strain on the tribunal order.

Odisha should understand that one political party rules in centre as well as Chhattisgarh. Traditionally, despite the existence of law and federal cooperation structures, upper riparian states have been in an advantageous position.

The Odisha government should have bargained for a halt of all projects upstream till the Negotiation Committee’s assessment report is submitted and accepted by all parties.

One thing that Odisha is demanding now – and we all are urging upon the governments – is about a clear-cut status paper on the real water evaluability in Mahanadi under current and future scenarios.

With the involvement of all the stakeholder states and independent members, at least a study detailing this would have been ready by when the tribunal begins its hearing.

In a normal case, a tribunal would ask for the same anyway. So, why waste that time?

Well, the adamant and arrogant nature of Chhattisgarh is something that needs to be objected. However, that could still be done despite the formation of a committee. Protests can continue, but dialogue must also continue.

In an ideal situation, even if the tribunal gives an order favoring Odisha in about three years’ time, there is no guarantee that Chhattisgarh will accept that.

The Mahanadi is already under severe stress. With factors like climate change playing devastation, the situation is going to worsen in future.

Both the governments will be under pressure from various stakeholders and will have their political compulsions. Being the upper riparian state, Chhattisgarh is expected to behave in a more aggressive and arrogant manner.

Water, as I have been maintaining for twenty-five years now, is not merely a hydrological subject. It’s a huge political subject. We need better water politicians to save our rivers and civilizations. Mahanadi needs the same. Can Odisha CM be an effective water politician?