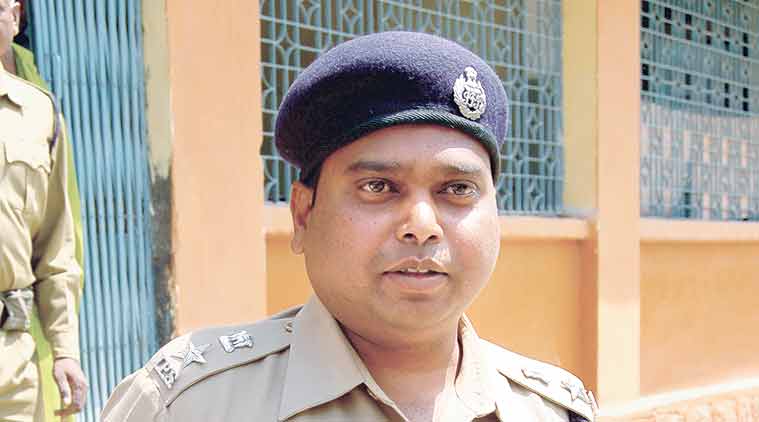 According to reports, the inspector general of police of Bastar, the hub of Maoist insurgency, had undergone a heart blockage surgery and would proceed on leave for a month.

But the news of his “departure” has the social media abuzz with some calling him a ‘hero’ in the drive against Maoists and others alleging him to be a ‘perpetual abuser’ of human rights.

Here are 10 points why the exit of Kalluri from Bastar is being talked about:

1.A 1994 batch IPS officer, Kalluri is from Andhra Pradesh. When Chhattisgarh was carved out of Madhya Pradesh in 2000, he opted for the cadre of the new state.

2. He shot to fame after, as a superintendent of police, he successfully countered the Maoists’ activities in northern parts of the state.

He was promoted to the rank of senior superintendent of police of Dantewada district of Bastar area, where he continued his anti-Maoist operations while developing a strong network of informants.

He was however accused of violating human rights.

3. Kalluri was posted back to Bastar in 2014 as inspector general of police at a time when the Maoists had ambushed a convoy of Congress leaders killing local strong man Mahendra Karma and others.

4. Kalluri devised a policy of surrender of Maoists. It was a kind of carrot and stick policy to lure the tribals over to the state’s side.

But activists and journalists alleged that to show his anti-Maoist success to the Union home ministry, the police used force on innocent tribals in the name of surrender.

Police, on the other hand, justified their act saying they were breaking the logistic support of the Maoists.

5. Kalluri was accused of encouraging anti-Maoist vigilante groups like Atank Mukt Bastar and Samajik Ekta Manch in a view to silencing the critic of human rights violations.

Local and national media however reported about the groups unleashing a reign of terror by attacking many journalists, activists and lawyers in Bastar.

6. The society in the districts of Bastar was divided between those hooting for Kalluri and those criticising him.

Those supporting him praised his “mission” of eliminating Maoists. But there were also several allegations of rape of tribal women by the security forces and even vigilante groups.

7. Many journalists and activists are now in jail after being booked by police for alleged complicity with Maoists.

Even journalists from outside the state allege that Kalluri told them they were not welcome in Bastar.

8. In November last year, Nandini Sundar, professor of Sociology at the Delhi School of Economics was booked by the Chhattisgarh police in connection with the murder of a tribal in Bastar.

Kalluri drew flak for targeting Sundar, a known critic of rights violation in the name of the anti-Maoist operation.

The case was dropped after the deceased person’s wife said she had given no name to the police.

9. On November 30 last year, the National Human Rights Commission issued summons to Kalluri over alleged abuse of human rights and attack on activists and journalists.

10. On January 23, a group of people barged into the house of academician and social activist Bela Bhatia in Bastar and threatened her to leave the area within 24 hours. Bhatia has worked for several years among tribals there.

She said she had been receiving threats since she helped tribal women allegedly raped by security personnel in 2015. Activists said the police establishment under Kalluri turned a deaf year to the threats as well as attacks on activists.