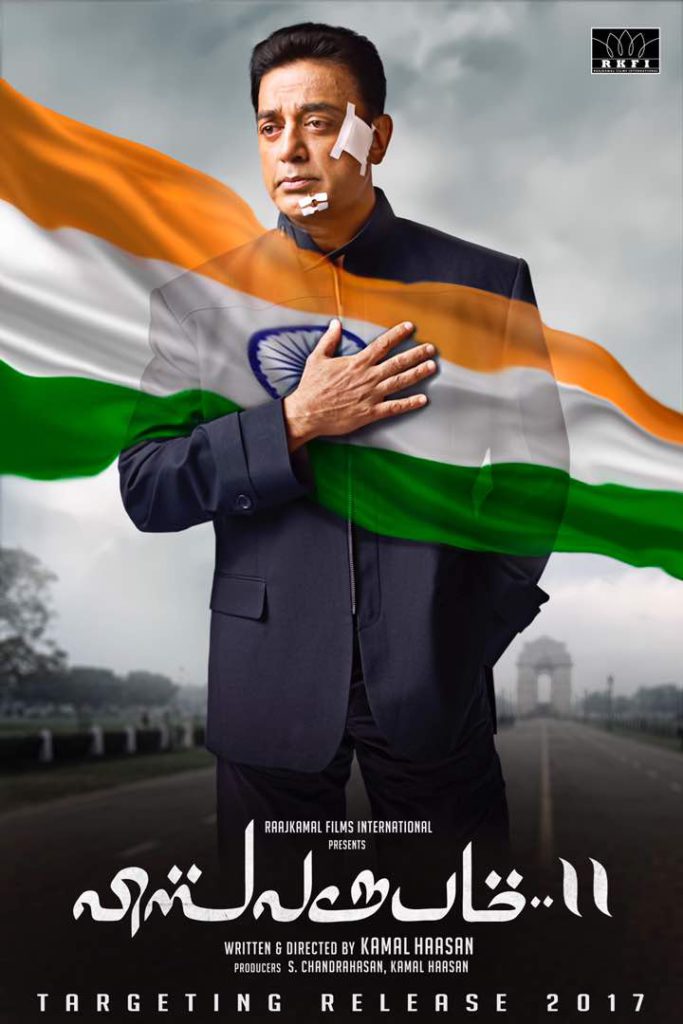 Kamal Haasan’s spy thiller film “Vishwaroopam”, released in 2013, had reportedly collected over Rs 220 crores at box offices across the world.

Here are 10 facts you would like to know about Kamal Haasan’s “Vishwaroopam II”:

1. “Vishwaroopam II” is also a spy thriller like “Vishwaroopam”. While the first part was set in the US, the sequel is based in India.

2. With a budget of around Rs 75 crore, “Vishwaroopam II” is produced by Kamal Haasan’s production house Raaj Kamal Films International, while he has written, directed as well as acted in it.

3. Apart from Kamal Haasan, actors Rahul Bose, Pooja Kumar and Andrea Jeremiah will be reprising their roles in “Vishwaroopam II”.

5. Kamaal Hasaan had said that the sequel was 40% shot during making of “Vishwaroopam” only and that “Vishwaroopam II” will show strong emotions between mother and son.

6. During the making of “Vishwaroopam II”, cinematographer Sanu Varghese left the film citing personal issues. Shamdat Sainuddeen was brought onboard as his replacement.

7. The shooting of “Vishwaroopam II” began in Thailand . There the makers even shot at the Bangkok airbase.

8. The Chennai schedule of the film started rolling in 2013.

10 things you need to known about ‘Lipstick Under My Burkha’
Will Akshara-Tanuj recreate Kamal-Rati magic?
Cauvery water dispute: All you need to know
Key things to know about latest Apple iOS update
7 Jayalalithaa Jayaram quotes
10 lesser facts about Tamil superstar Dhanush
10 things you need to known about J Jayalalithaa
Why is Rajinikanth called the biggest superstar ?
Jallikattu, the bull taming sport of Tamil Nadu
Who is Sivakarthikeyan
Fan underperforms despite SRK’s huge fan base
Everything you should know about ‘Udta Punjab’
Things you should know about Navjot Singh Sidhu
All about Malayalam actress Bhavana
Why is Tamil Nadu celebrating MGR
10 facts about Tamil Nadu chief minister Edappadi K Palanisamy
—————————————–

9. “Vishwaroopam II” saw several delays in its release. The film was first scheduled to release on August 3, 2015 but Kamal Haasan reportedly changed the date. He said he hoped to release the film by 2016. However, financial crisis put the film’s release on hold.

10. After the release of the first look poster of “Vishwaroopam II”, Kamal Hasaan said the film will definitely reach theatres by 2017.