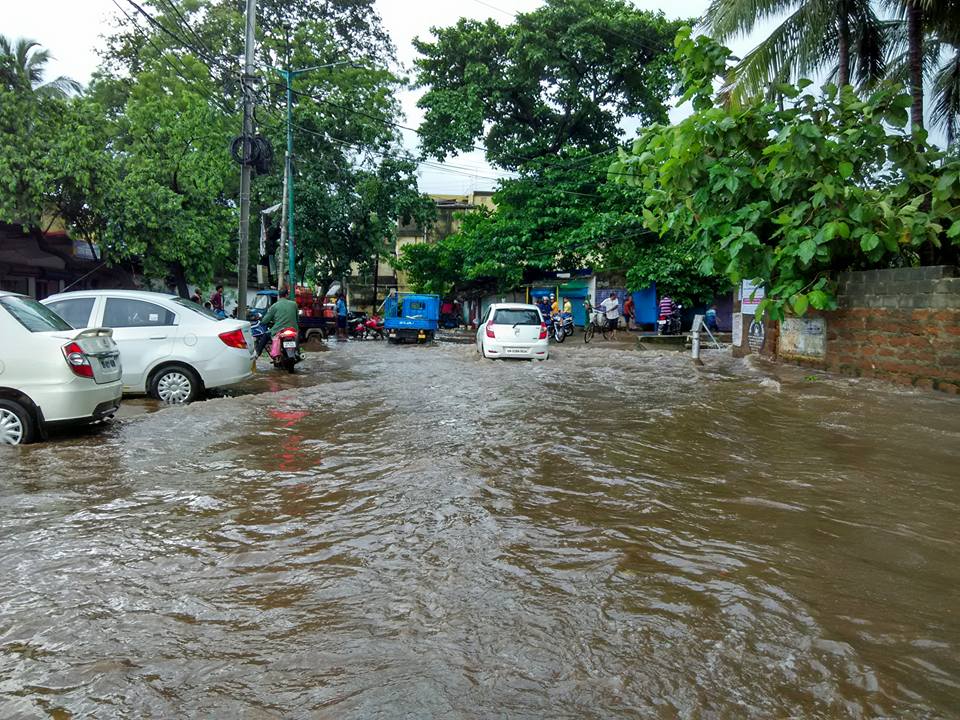 Recent rainfall in Indian cities once again has raised the question why it took hours to go communicate with roads being flooded everywhere. There was no difference between roads, drainage, and sewerage channels when it rained – be it in a normal or an aspiring Smart City.

Well, the civic body and Public Works Department (PWD) do have a ready answer. Either they call it “an unprecedented rainfall” or blame the condition to “local factors, such as Polythene and garbage getting stuck in drains that play a major role in reducing the capacity of storm-water drains, and appropriate manpower deployed to take care of such exigencies”.

What is ironic is that they seldom blame improper road designs, massive construction of roads, dividers, and flyovers etc. that have damaged alignments leading to choked drains.

It seems lack of accountability has resulted in this kind of mess up year after year. Unless the people involved are not punished, the situation will be hard to change.

This only highlights how unprepared the cities are when it comes to facing such rainfall in any season, not just in monsoon.

Every year citizens are being fooled by local bodies where they don’t get an answer to the question – where the public money goes. This kind of situation keep reminding us of the mess up that big cities like Mumbai, Delhi, Chennai, Hyderabad, and

It is sad that the cities are neither learning nor accepting the fact that existing systems are not designed keeping rains in mind. Rather, kilometers of drains are constructed just as a mark of social obligations.

However, rather than politics, the factor that one should blame for this water-logging is bad engineering, faulty designs, construction, and management. It is a known fact how much corruption nests inside the offices of municipal bodies and unless this menace is eliminated and start everything from the scratch.

Re-planning of proper drainage to combat water-logging is not that difficult either as there are enough space for drains. The civic bodies will have to clear blocked drains so that water from the high-rises does not come out on the streets.

Two decades ago, when water fell on the roads, it flowed to either side of the roads and got drained out from there. But now, with the lack of proper planning, buildings are coming up overlooking geography of the region, the slope of the street, road medians, placement of flyovers and other similar important factors.

It is an engineering and not political mess up and administration needs to fix it.

Pertinently, two decades ago, there was no water-logging in any city due to better design, plan, slope, level and perhaps better governance. All these, until the present generation engineering works, intervened and didn’t even spare those areas from forced water-logging.

It is not simple and easy to solve this problem when the cities are entirely full of wrongly designed drains, roads and new flyovers, along with concrete jungles that are blocking flow of water.

Another factor that needs attention is disposal of garbage. It is often seen that sweepers who clean the roads every day, sweep the waste into drains. There are also households who directly flush garbage into drains, as a result, the channels automatically remain blocked.

However, if you blame the situation on the municipal bodies, they will push the ball to the court of development authorities for letting mushrooming of construction works; the latter will then push the blame to the sewerage board, who will blame the PWD, and ultimately, it will come to the people for dumping wastes in drains and obstructing proper sewage.

The solution to this problem is no rocket science. Cities need to ensure that their drainage systems are designed keeping in mind the level and slope of land. Construction should be discouraged in low lying areas.

Finally, the governing body needs to take stern action against violators. All those who will break the law, obstruct sewage or dump waste in drains should be booked as criminals.