Births of conjoined twins, considered in medical science as rare occurrences have always been a subject of curiosity and mystery for many.

The separation of Jaga and Kalia, the 28-months conjoined twins from India’s Odisha state this week by a team of doctors at the All India Institute of Medical Sciences in New Delhi has renewed the debate on this rare phenomenon. 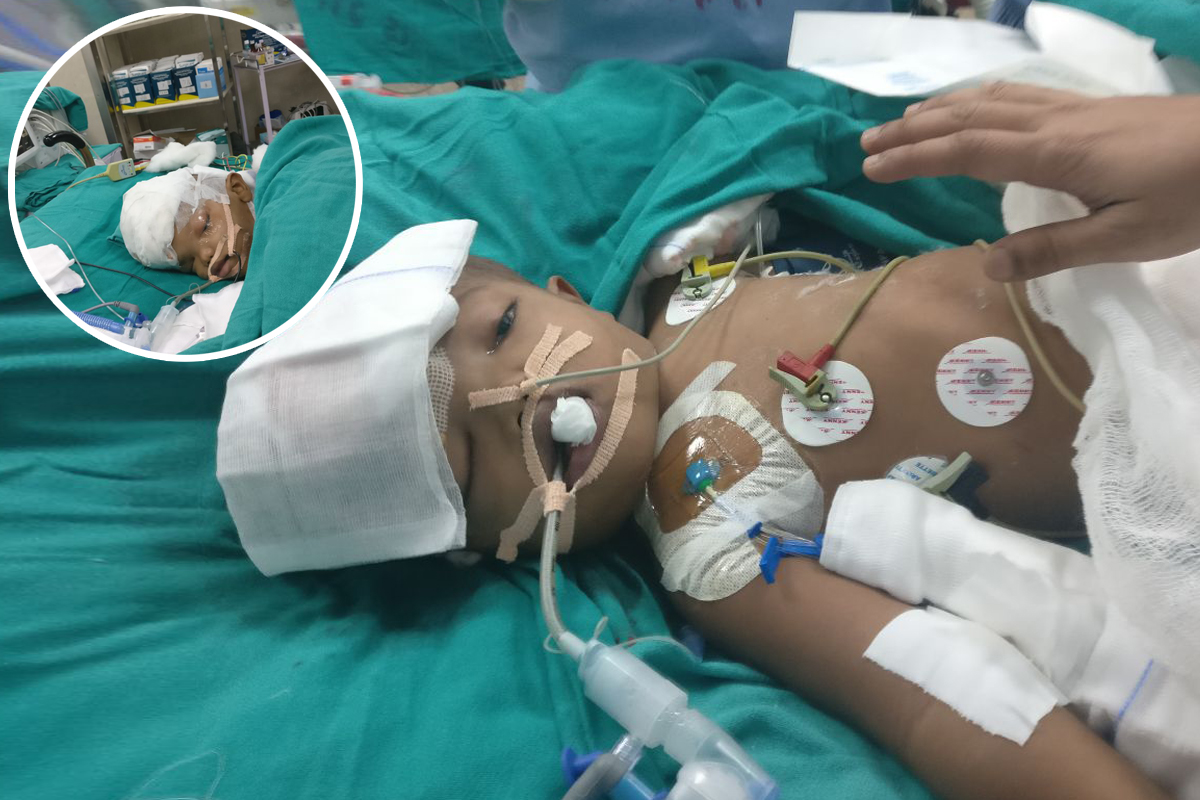 The twins joined at the head were separated successfully after 11 hours surgery.

Researcher Anil Dhir said the case of this twins bears a stark reality to another case from the state which happened in 1902 in France.

A pair of conjoined twins Radica and Doodica were operated upon but both of them died soon after.

There are various newspaper accounts of these twins having toured the Americas, Europe and England. The sisters had a decade long stint, exhibiting themselves as freaks in different exhibitions.

The twins were born in 1888 to a poor family. The birth was seen by the superstitious villagers as a symbol of divine wrath.  The family was ostracised by the community and in sheer desperation the father tried to forcefully separate them.

However some local officials prevented him and the local monks took them under their protection. It was they who named the girls.

Word of the freaks got around and was reported in the English press in 1892. London showman Captain Colman sent his agent to Odisha, who convinced the monks to hand over the twins for their better treatment.

There is even proof that a local lady, probably an aunt, accompanied the twins.

They sailed for the Americas to take part in the Chicago Fair of 1893, after stopping for a week in London.

The British Medical Journal carried a report on the twins in its on June 1893 issue, citing “the two little girls, nearly four years old, are apparently perfect in every respect, except that from the ensiform cartilage to the umbilicus they are united together”.

They were a big draw at the Chicago Fair and this drew the attention of P.T.Barnum of the famous Barnum and Bailey Circus.

The greatest show on earth

They twins were soon a part of the “The Greatest Show on Earth.” The sisters were shown on colourful posters and postcards as the “Orissa Twins” or “Hindu twins”, and were big crowd pullers wherever the shows went.

There were stories about the twins in magazines and newspapers, which portrayed them as exceedingly pretty, charming and vivacious young ladies.

Captain Colman treated the girls as an adoptive father and the girls were happy with each other. They learnt English and travelled all over Europe and the USA.

In 1902, while in France, Doodica developed tuberculosis.

With the hope of saving Radhika, Dr Eugene Louis Doyen, the famous surgeon of France and a pioneer scientific film maker, did the separation surgery on February 9, 1902.

He filmed the twins’ surgery and showed is as “La Separation de Doodica-Radica”. Sections of Doyen’s film were part of the 1995 BBC documentary series “The Last Machine”.

Operation was a failure

The operation was a failure as Doodica died just seven hours after the surgery. Radhika too did not live long; she passed away after a few months.

Dr. Doyen’s operation has stirred up a controversy among the medical fraternity of the time.  Both the sisters were given secret burials in Paris.

Nothing was known about them until Thierry Lefebvre, wrote about them in his  2004 book titled  “Flesh and Celluloid: The surgical cinema of Dr. Doyen”.

According to University of Maryland Medical Center (UMMC)conjoined twins take birth once every 200,000 live births and 40 to 60 percent arrive still born.

The overall survival rate of conjoined twins is somewhere between 5 percent and 25 percent. 35 percent survive only one day.

Here are the interesting stories about some other famous conjoined twins.

The conjoined twins Mary and Eliza Chulkhurst were one of the earliest documented cases of conjoined twins who born in England in the year 1100. They were joined at the hip, UMMC says.

The conjoined sisters were wealthy and they lived for 34 years. When they died, they left a small fortune to the Church of England.

English citizens bake little biscuits and cakes in the sisters’ images and give them to the poor in honor of their generosity.

The interesting stories of Siamese twins

Similarly Chang and Eng named as ‘Siamese twins’ were the well-known conjoined twins who were born in Bangkok, Thailand in 1811, although anecdotal reports of viable conjoined twins in European medical history date back more than 1,000 years.

Chang and Eng were connected to each other at the breast bone, according to a report posted online in the website of U.S. National Library of Medicine.

The twins who travelled the world with Barnum’s circus lived full and adventurous lives.

Joseph Andrew Orser who chronicles the twins’ history in his book ‘The Lives of Chang and Eng Siam’s Twins in Nineteenth-Century America’ has explained how the twins slept with sisters Adelaide and Sarah Yates in a super-sized reinforced bed, and that the twins went on to father a impressive 21 children.

Related articles across the web