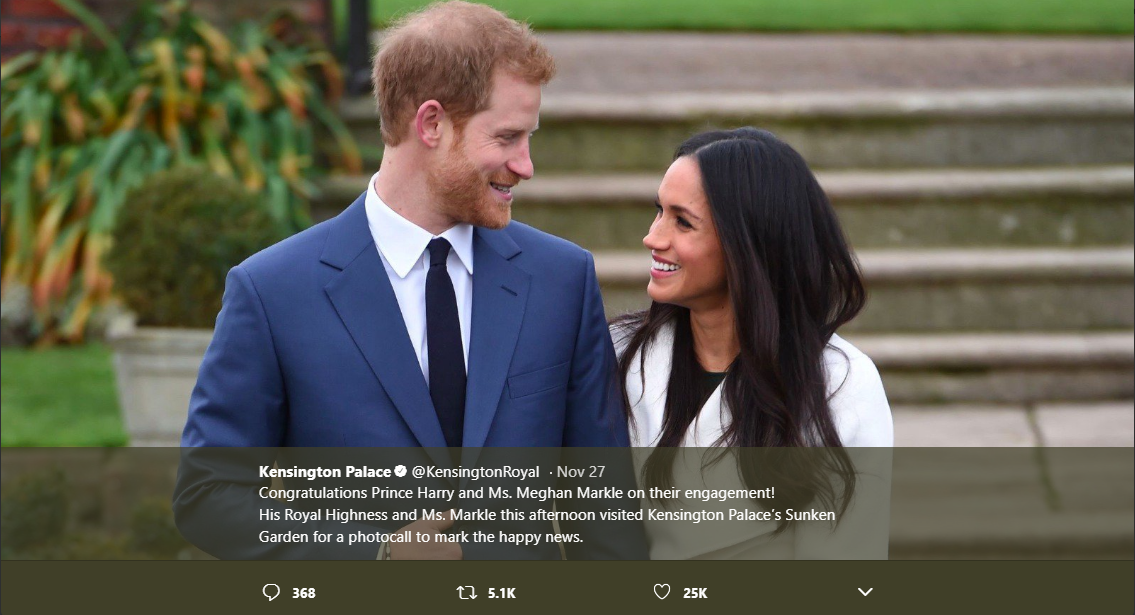 The British monarchy is all set to welcome its new member as 33-year-old Prince Harry, a grandson of Queen Elizabeth II and fifth in line to the throne, got engaged to American model-actress and humanitarian Meghan Markle, 36.

The couple will live in Nottingham Cottage at Kensington Palace, informed Clarence House.

Here are 10 facts about Prince Harry and Meghan Markle’s love story that might interest you:

1. Neither Prince nor Meghan Markle knew each other till they met. Prince Harry was equally clueless about Meghan Markel’s TV series “Suits”, as she was about the British Royal and his lifestyle.

2. They were introduced to each other by a mutual friend, whose name has been kept under the wraps. It was the mutual friend who set them up on a blind date.It went well, and the couple went on another date the next day. This followed a five-day vacation in Botswana the following month.

3. The spark was there on both sides so much so that when Harry went down on his knees to propose her, Meghan did not even let him finish and exclaimed: “Can I say yes now?”

The ring that sealed the bond has a large diamond from Botswana and two smaller diamonds from jewellery belonging to his late mother, Princess Diana.

5. Prince Harry and Meghan Markle said they will start planning their family soon, adding that they want to take one step at a time.

6. Having met her a “couple of times”, Meghan Markle finds Prince Harry’s grandmother Queen Elizabeth II “an incredible woman”. Harry said the Queen knew about their relationship “for quite some time”.

7. Prince finds it surprising that while Queen Elizabeth’s corgis always bark at him, they simply lay at Meghan’s feet during tea, wagging their tails.

8. Meghan Markle said joining the Royal family will bring in new responsibilities and that she will not be continuing as an actress post her marriage to Prince Harry.

“It is days like today when I really miss having her around and miss being able to share the happy news. But you know with the ring and with everything else that’s going on I’m sure she’s… with us,” Prince Harry told in a TV interview.

10. Post their marriage, Prince Harry and Meghan Markle plan to spend most of their time in Commonwealth countries.

Elaborating further, Prince Harry said there is a “hell of a lot of stuff and work that needs doing” and that “with lots of young people running around the Commonwealth that’s where we’re going to spend most of our time hopefully”.