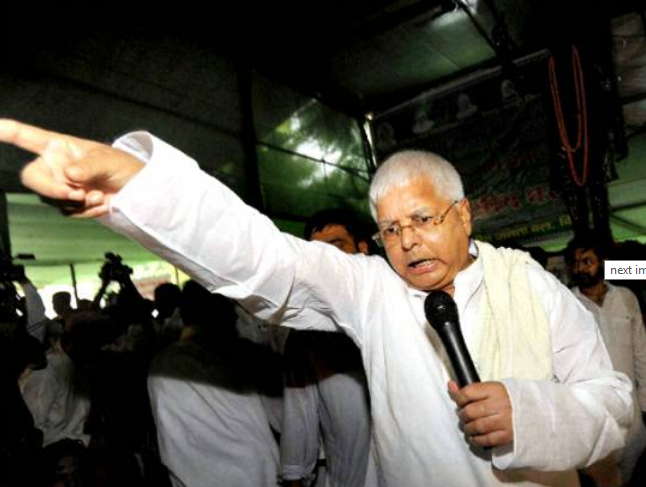 Rashtriya Janata Dal (RJD) chief Lalu Prasad Yadav is scheduled to be sentenced by a special CBI court in Ranchi on Friday (Jan 5) for his involvement in Bihar fodder scam.

Here are the key facts you need to know about the multi-million fodder scam:

1. This Bihar fodder scam is about large-scale embezzlement of government funds by producing fake bills for procuring cattle feed (fodder).

2. The scandal involved fraudulent transactions of about Rs. 9.4 billion.

3. The fodder scam was first sniffed out in 1985 by then Comptroller and Auditor General (CAG) T.N. Chaturvedi when he noticed delay in monthly account submissions from Bihar and small-scale fraud transaction reports.

4. The scam resurfaced in a big way in January 1996 after Chaibasa Deputy Commissioner Amit Khare raided state Animal Husbandry Department offices and seizes documents that showed how government funds are being extracted in name of fake companies for supplying fodder.

5. On March 11, 1996, the Patna High Court hands over the Bihar fodder scam probe to the Central Bureau of Investigation (CBI). The Supreme Court upheld the order.

6. The CBI registered a First Information Report (FIR) in the Chaibasa Treasury case.

7. The then Bihar chief minister Lalu Prasad Yadav, former CM Jagannath Mishra. and 55 others were named as accused in the CBI chargesheet on June 23, 1997.

8. As many as 63 cases were registered under Indian Penal Code (IPC) sections 420 (forgery) and 120 (b) (criminal conspiracy) and Section 13 (b) of the Prevention of Corruption Act.

9. On July 30, 1997, Lalu Prasad Yadav resigned as CM and surrendered before a CBI court. He was sent to judicial custody.

11. On Oct 5, 2001, after Jharkhand was created by dividing Bihar, the Supreme Court transferred the case there.

12. A special CBI court in Ranchi began trial in the fodder scam in February 2002.

13. The court acquitted Lalu Prasad Yadav and Rabri Devi in a disproportionate assets case in December 2006.

14. In June 2007, the special CBI court jailed 58 people, including two nephews of Lalu Prasad Yadav, for 2.5 to 6 years for withdrawing Rs 48 crore via fraud transactions from Chaibasa Treasury in the 1990s.

15. In March 2012, charges were framed against Lalu Prasad Yadav and Jagannath Mishra. Lalu Prasad was charged for allegedly withdrawing Rs 47 lakh from Banka and Bhagalpur treasuries by drawing fake bills during 1995-96.

He was barred from contesting any election for six years from the release date from jail.

19. In November 2014, the CBI challenged the Jharkhand High Court order quashing four pending fodder scam cases against Lalu Prasad Yadav. The CBI is was upheld and trials began against the RJD leader under two sections.

21. in May 2017, the Supreme Court ordered that trials for Lalu Prasad Yadav and Jagannath Mishra should be held separately for corruption in a case where Rs 84.53 lakh were withdrawn by false records from the Deoghar Treasury in 1991-94.

22. The court was to pronounce judgement in the case. But it got deferred.