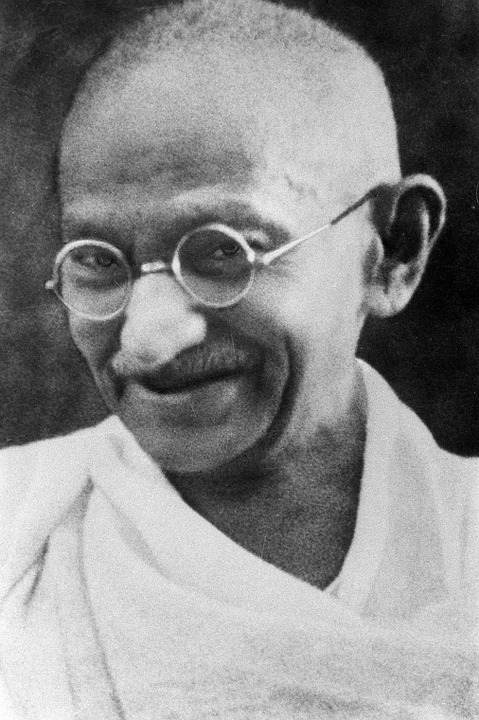 Gandhi was in Haridwar to witness the Kumbh Mela on the bank of the magnificent Ganga. But, the sight on the bank of Ganga at Hardwar made severe impact on Gnadhi’s pshyche. Gandhi had seen the extremely pathetic hyegenic and sanitation scene.

Gandhi narrated his experience in Young India in 1919,’ To my grief, I discovered insanitation, both moral and physical. There is defilement of the mighty stream [the river Ganges] even in the name of religion.’’

Gandhi further continues, ’’Thoughtless ignorant men and women use for natural functions the sacred banks of the river where they are supposed to sit in quiet contemplation and find God. They violate religion, science and the laws of sanitation.’’

[The Wall Street Journal,1 Oct 2015]. It was certainly quite unusual for Gandhi to pick up sanitation as an issue of priority who returned from South Africa and was getting ready for a battle to win freedom from alien rule.

It is also pertinent to remember that Gandhi pursued the agenda of sanitation during the peak of freedom struggle. Gandhi went to the extent of saying,’’ sanitation is more important than political independence.’

It must be acknowledged that Gandhi made the Indian freedom struggle unique one by including sanitation as an instrument during the freedom struggle. Now in 2018, after 100 years of Gandhi’s experience with insanitation on the banks of Ganga emerged as the motivation behind a mega policy initiative of Government of India.

The Government of India launched the project of cleaning Ganga as a top priority with a huge allocation of Rupess two hundred billion. River Ganga has been the lifeline of Gangetic plane. The river has also been the identity of the nation.

However, over the decades, due to unmindful urbanization and industrialization the mighty Ganga has been the worst victim. So, cleaning Ganga has emerged as the one of the biggest public policy challenge. And, in this juncture, Gandhi emerges as the beacon of hope on his 15oth birth anniversary.

Gandhi’s engagement with sanitation remained a sustained feature of Indian freedom struggle in its various phases. Around 1937, Gandhi explained his idea about the ‘ideal village’ upon receiving a letter from a resident of a village in Birbhum district in Bengal.

Gandhi’s idea of an ‘ideal village’ was described in an article published in the magazine Harijan in 1937. According to Gandhi, ‘ an ideal village will be so constructed as to lend itself to perfect sanitation….The very first problem the village worker will solve is its sanitation.’

One must appreciate the foresightness of Gandhi in assigning top priority to sanitation towards making an ideal village.Gandhi stressed on sanitation and hygiene in individual family. Gandhi argued , ‘ a lavatory must be clean as the dressing room’.

The statement stressed on the need of keeping the essential hygiene in individual family. In contemporary India, the focus is on sustainable urbanization. The latest public policy on urbanization stress on scientific disposal of solid waste.

Ad we grapple with answers to our problems in contemporary times, Gandhi emerges as the guiding light in the 150th year of his birth.

George Orwell ‘s opinion on Gandhi can be described as one of the best tribute to Gandhi on his 150th birth anniversary. George Orwell had said, ‘…regarded simply as a politician , and compared with the other leading political figures of our time, how clean a smell he has managed to leave behind…’’.