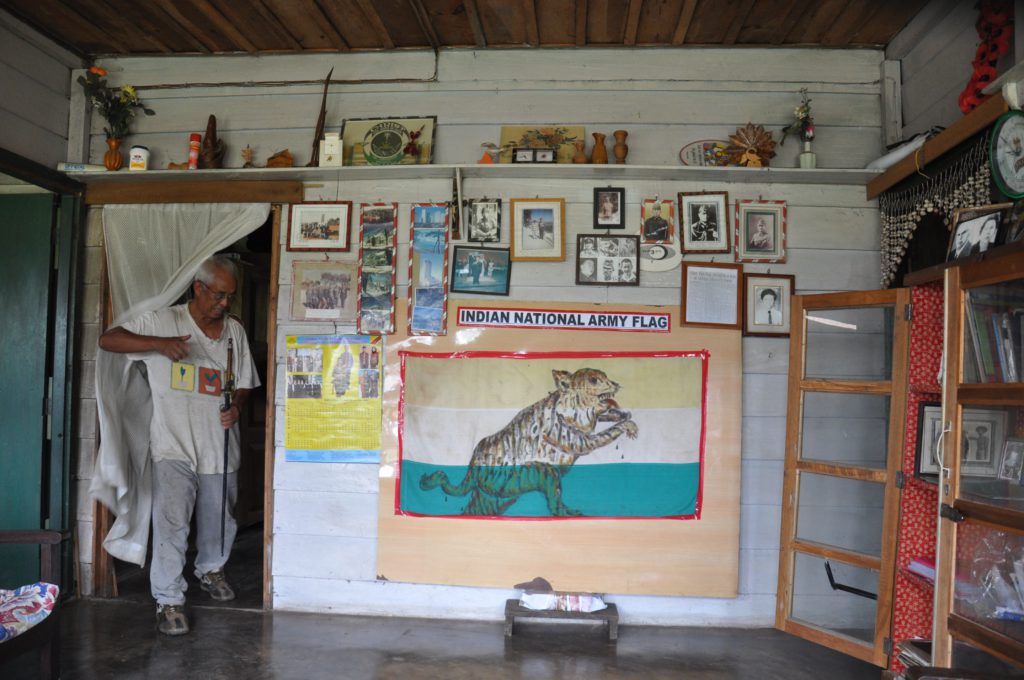 On the Imphal-Ukrhul road in Manipur, one takes a detour at Finch Corner to reach Shangshak, where the Indian Army has put up a War Memorial. It has been raised by the Maratha Light Infantry to commemorate the dead of the 4/5 Maratha, the 152 Para Battalion and the brave people of Shashank. The battle of Shashank raged for six days from the 20th March to 26th March 1944.

Inscribed on the four sided cenotaph are the words “ To the eternal memory of the fallen martyrs of the 4 Maratha LI and the 50 Para Brigade” On the other sides of the memorial is inscribed “Martyrs of the Royal British Army” & “To the brave people of Shangshak”. The names of the soldiers and civilians are all etched here. 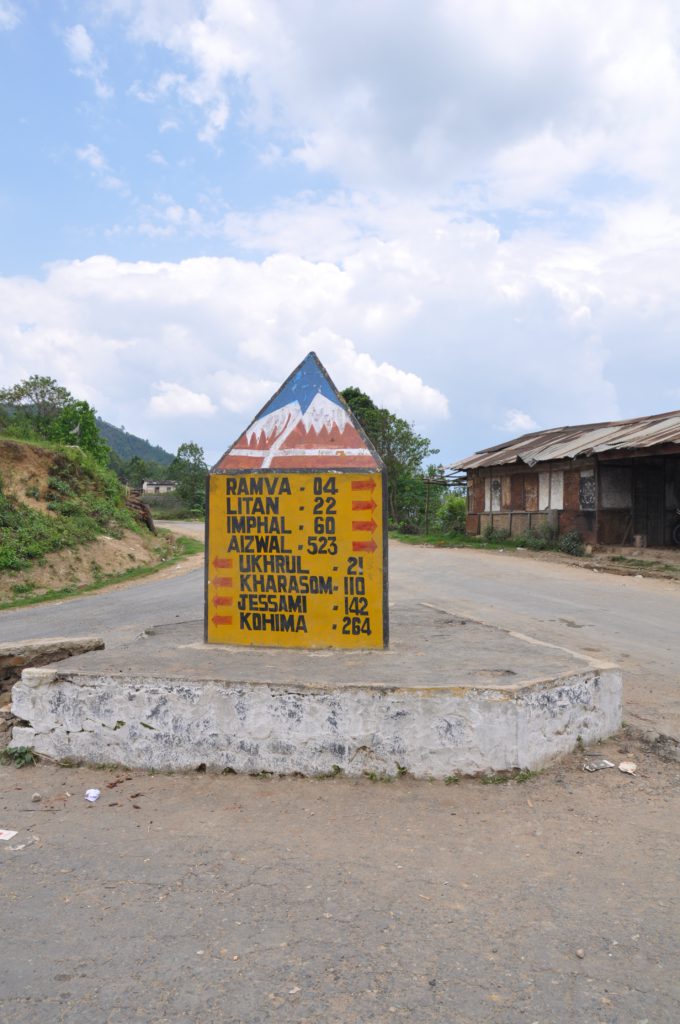 Y.A.Shishak, one of the last few of the Indian National Army veterans lives in a small house just below the Shashank War Memorial, and has a private museum with many knick knacks of the Great War. He looks after the memorial and maintains the small neat garden. He came out on seeing me, and as I entered his compound the old soldier gave me a Jai Hind salute. He took me inside; his small house was filled with war memorabilia. He has with him the first INA flag that was flown in liberated India at Moirang on the 14th April, 1944 by Colonel Saukat Hayat Malik, commander of Bahadur Group. 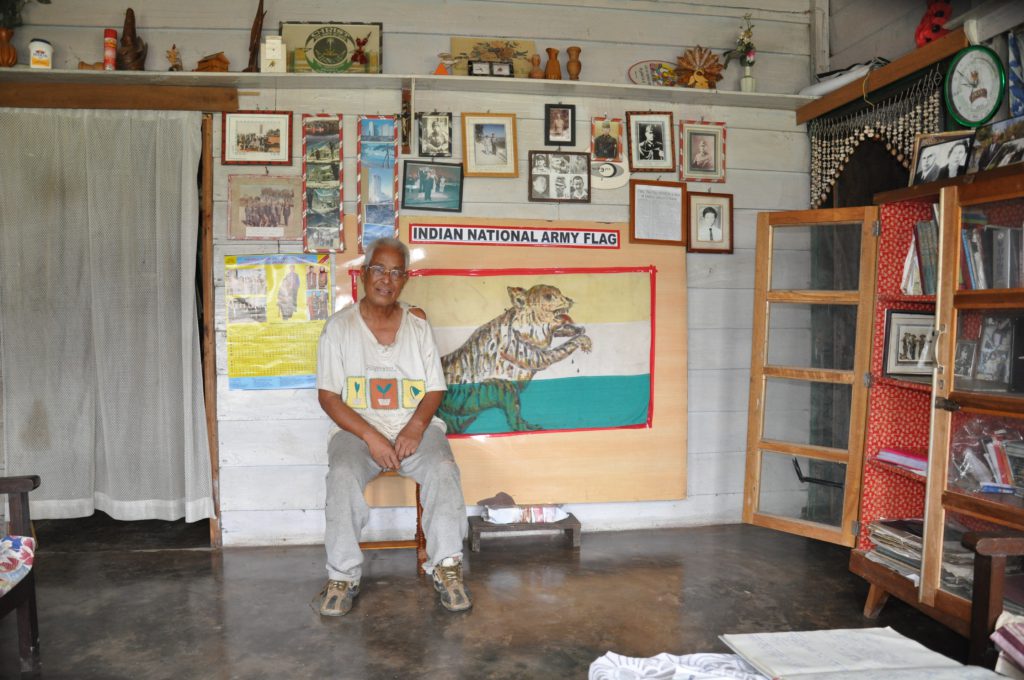 His house is full of samurai swords, helmets and many photographs lined the walls. His visitor’s book had scores of entries. There were testimonials from Japanese, British, Indian and even German visitors. One heart warming one was from K.S.V.David Lemmi, of Hundung Village in Ukrhul. He had written: “ I am the son of K.S.V.Harteo of Hundung Village. My father was a school headmaster I was still in my mothers womb when my father was killed by an Japanese Intelligence Officer in June 1944. My mother and three sisters suffered a lot of hardships and difficulties. However we have no enmity with anyone. I missed my father a lot, whom I loved. God bless us all, Japanese people and all” (2/10/2004).

Shishak showed me his passport, which proved that he had made two trips to Japan where he was honoured for his war efforts, but the Government of India still does not recognise him as a freedom fighter. Am I am not an Indian?, he rued bitterly. ‘I was just a fourteen year old boy when I fought for Netaji, but the Commissioner at Ukhrul is not sending my file to Delhi with his recommendation.’ 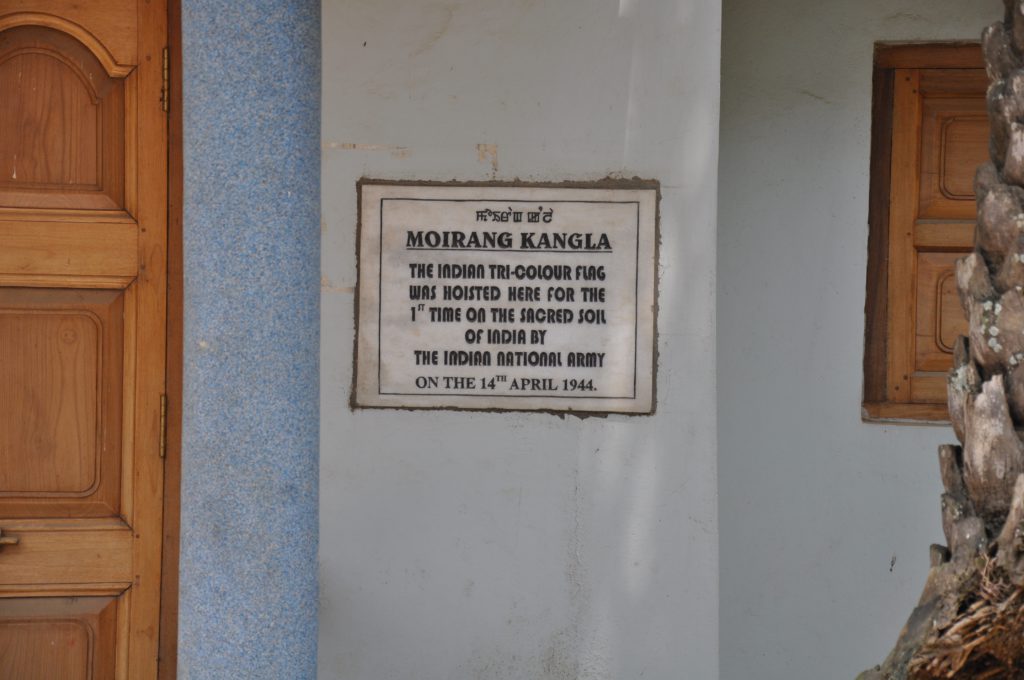 These valiant warriors came from an era when charity and altruism were as common as mobile phones and Pepsi are today. They were men of integrity who had a strong can-do character. They had gone into battle, fighting a war which they did not properly understand. The serene ambience in and around the cemetery adds to the solemnity and sanctity of the place. Delegations from England and Japan regularly visit this Cemetery.

I have repeatedly written to the Government of Odisha asking them to request him to give the flag for the Netaji Museum at Cuttack. He can be persuaded if sincere efforts are taken, I am willing to go and convince him. The Netaji Museum has a pathetic collection of artifacts; the flag can be the high point and be a fitting memorial for Subash Bose.