Agriculture business has always been a roller coaster ride for the farmers. Either it is a boom or bust. One year, with favourable weather condition, they see bumper harvest and make money. The next year, scanty rainfall would leave them struggle to make their ends meet.

But there are a few who have managed to make a fortune out of this unpredictable venture called farming and set the tone for future farming procedures.

Ganesh Chandra Sahoo of Karlapita village under Gurjung panchayat in Bhawanipatna block of Kalahandi district has surprised many by earning a profit of nearly Rs 3 lakh a year by raising crops on just a patch of 6 acres of land, thanks to the Reliance Foundation Information Service (RFIS)

Admittedly, his constant experimentation with multi-cropping methods made all the difference. It has helped him reap rich dividends and make his fellow farmers follow in his foot-steps.

Ganesh, a dynamic farmer in his late twenties, said, “My perception towards agriculture changed after2014, when I received regular reminder related to better crop production and protection advisory related to multi cropping.

Icontinued to get advice on multi-cropping methodsfrom the experts after remaining in touch with Reliance Foundation toll free Helpline number 1800-419-8800.”

With RFIS assistance, the element of unpredictability infarming has almost gone, added Ganesh.

A cotton farmer earlier, Ganesh now grows at least 15varieties of crops like arhar (pigeon pea) and other pulses,paddy, maize, onion and peanut from the same volumeof land which was earlier used to produce only cotton.

Significantly, he now harvests 15 quintal of cotton fromhis farmland which was earlier just 10 quintal. Inaddition to that Ganesh has cultivated groundnutswhich he claims is the most profitable among all the crops.

Even as he applies other fertilizers and pesticides, hemostly uses vermi-compost and pesticide from naturalsources like neem leaves and oil. Ganesh has dug up adeep well on his farmland that bails him out duringthose days when rain god makes a vanishing act. 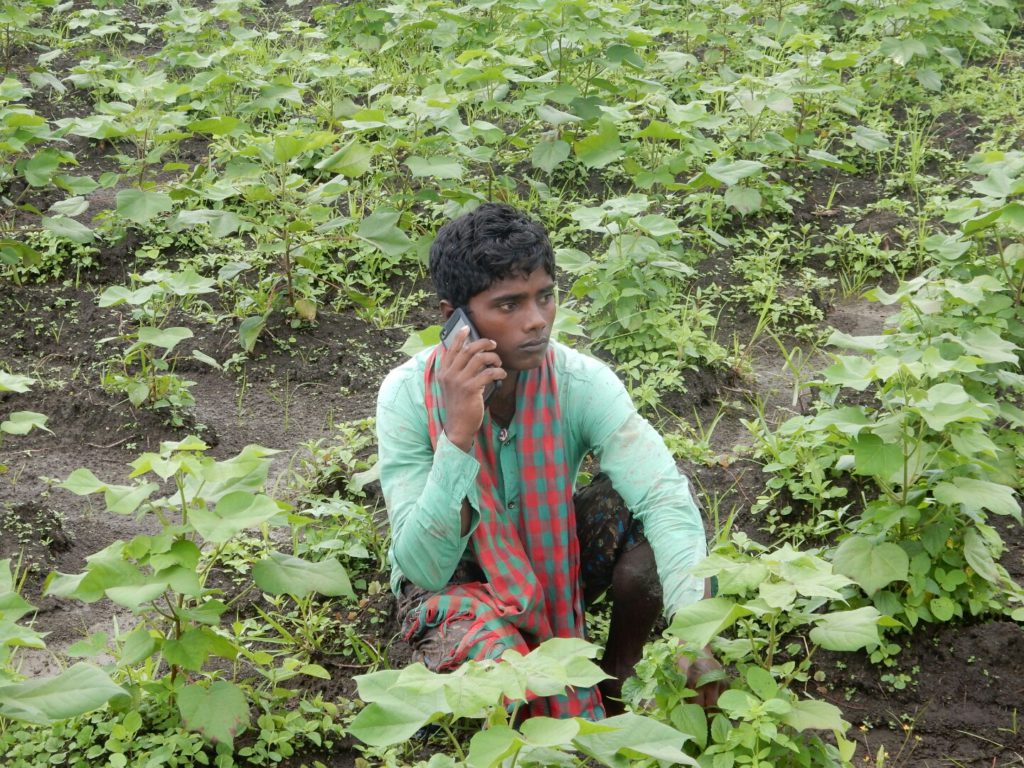 “My income from farming increased after I startedexecuting the innovative ideas offered by the RFISexperts,” said the young farmer.

He not only uses the RFIS platform to solve his ownproblems, other farmers of the village also approachhim to get information on the exact variety andamount of pesticide to check pest onslaught andfertiliser for certain crops.

Programmes like seedtreatment demonstration, soil testing demonstration,plant disease diagnostic camps and Knowledge on wheel programmehave come as a greatrelief to the farmers’ fraternity who have been aconfused lot over these issues for many years, he added.