Frequent cases of farmer suicide due to crop loss and debt-burden and drought-like situation have been regular features of backward Nuapada district of Odisha.

However,there are a few farmers who have overcome these hurdles applying proper techniques and made farming a profitable profession.

It has become possible as they use RelianceFoundation Information Service (RFIS) that offers well-timed advice to the farmers. This has also checked the mass migration of unemployed youths to other states in search of alternative earning opportunities. 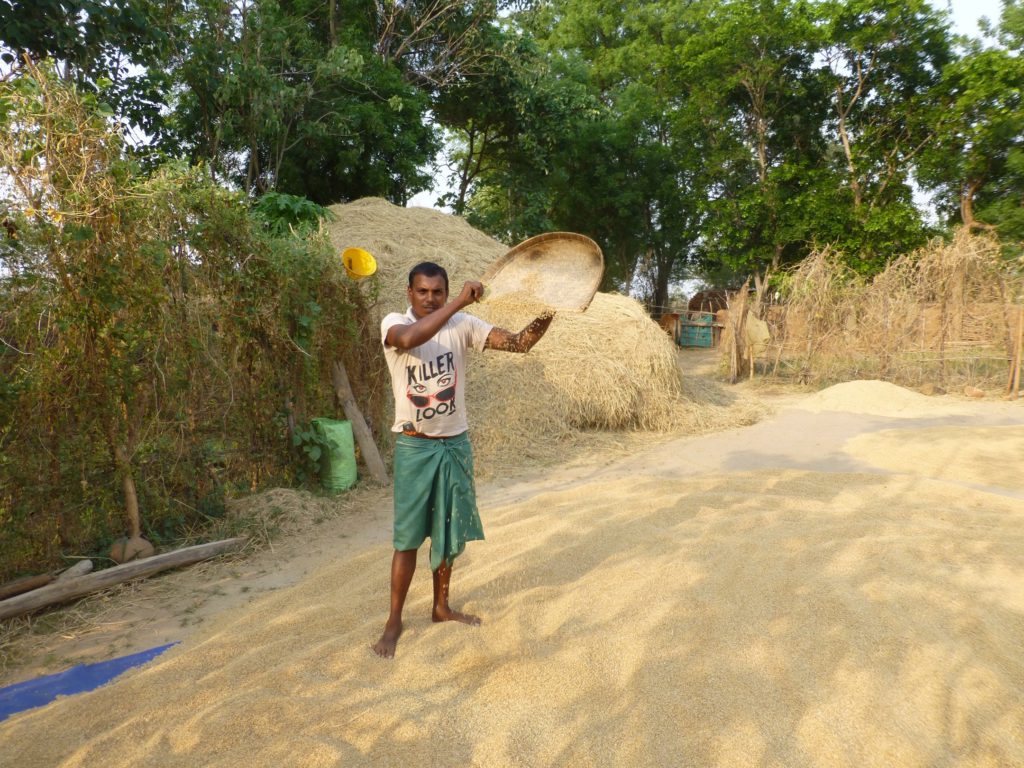 Rupchand Sahu (35) of Lanjimar village of the district is among those who have made a fortune from farming and thereby set an example for his co-villagers.

After doing his Plus II, Rupchand was into metal fabrication business. But he was not happy with his work. So, he jointed an agricultural training programme and took farming as the main source of his livelihood.

“I have been into farming for the last 7 years. I grow paddy, eggplant and onion and other vegetables.During the initial days, I suffered loss due to pest attack and plant diseases. Though I followed the advice offered by elders and co-villagers, it didn’t work.

Like others, Ithought that frequent crop loss and wilting diseases are results of the spell of some evil spirits. I also performed Pujas to ward off spells from my land, but to no avail.”

“One fine morning in 2015, I got a call from the RFIS. The experts of the service discussed on several farming related issues and their solutions.

I apprised them of my problems related to low yield, pest attack and plant diseases and sought their advice. I worked on the advice offered by the RFIS experts. In a few days, most of my problems were solved,” Sahu said.

“Since then, I regularly call the RFIS toll-free number to get prompt response to my queries related to poor harvest, pest attack and plant diseases and get the right advice from the experts.

I have saved my paddy cultivation on 2 acres of land from stem borer (an insect that bores into plant stem) and neck blast diseases and 0.5 acre of eggplant crop from stem borer and wilting diseases.”

“I have been receiving crop-based advice from RFIS and weather alerts on my mobile phone since 2015 and the service, which is just a call away, has been extremely beneficial for me. You just dial the number and get immediate response whenever and wherever you want.”

“The experts advised me to go for crop rotation practice, which improves soil fertility and prevent wilting disease which is caused by the decline of fertility in soil.”

Based on RFISexpert advisory, he follows seed treatment and practice of crop rotation that helps in increasing the production.

Sahu is now a proud farmer, who has achieved financial security for his family of seven including his parents by practicing proper methods of farming. He gets a profit of Rs 1 lakh from farming. The other farmers of the village now seek his advice to solve their problems.

At a time when youth are not interested in farming, he has become a role model for others.

A number of youth, who used to migrate outside in search of greener pastures, now opt for farming as a main source of earning.