The Vidarbha region that covers Nagpur witnessed most of the farmer suicides. IPL matches will be played in Mumbai, Pune and Nagpur.

Cricket has assumed the proportion of a religion in India. It makes the greatest of celebrities and arouses strongest of nationalist sentiments.

Cricket has overshadowed almost all other sports in the country and, for all practical purposes, is the real national game of India now.

It is also a business that unites the strongest of rivals across political spectrum. The giant business segment of cricket – the Indian Premier League (IPL) – has also taken the shape of an ‘entertainment sports’.

The game which has produced modern day Gods like Sachin Tendulkar has to be prioritised when it comes to allocation of resources. Something like this just happened in India.

The richest cricket association of the world, Board of Control for Cricket in India (BCCI), is organising 20 IPL cricket matches in Maharashtra, a state that is facing one of the most perilous water scarcity situation in history.

The three cricket stadiums, where these matches will be played, require at least 60 to 66 lakh litres of water in a state where nine farmers commit suicide every day owing to water scarcity, drought and related woes.

As per information provided in the Rajya Sabha last month, 3,228 farmers committed suicide in Maharashtra in 2015, the highest since 2001. Almost 83 percent of these deaths occured in the Vidarbha and Marathwada regions.

The Vidarbha region that covers Nagpur witnessed most of the farmer suicides. IPL matches will be played in Mumbai, Pune and Nagpur.

Reservoirs in Maharashtra have dried up to deadly levels, some in the above regions holding as low as 1 to 5 percent of their storage capacities.

From imposition of prohibitory orders to cancelling surgical operations in hospitals, the state is trying all measures to fight with the situation.

Cricket versus water, a first of its kind match

Arguing that the state is facing worst ever water crisis in decades, an organisation named Loksatta Movement filed a Public Interest Litigation (PIL) in the Bombay high court urging it to cancel the matches.

The high court accepted the case, perhaps the first of its kind in history of the game.

One can be branded as anti-national by talking against cricket. However most of the forces – including the politicians from both ruling and opposition parties – who are in the business of such labelling games have treaded a cautious path.

Water, especially in Maharashtra this year, is certainly a bigger political issue.

As soon as the case was filed, television channels sprang into action with scores of live debates.

The petitioners and people who join their cause brought about facts of water scarcity but the pro-cricket lobby including players, BCCI officials and even sports commentators defended cricket against water.

Spokespersons of cricket started with the argument, “water used in one place cannot be taken to another part of the state, so there is no use stopping the game”, and finally went to argue, “let IPL be charged with huge water tax for each litre used in the game and this amount be channelled by the government to the parching areas for provisioning water to the people” – a surrender rarely done by India’s rich who are known for evading water tax and other taxes.

Another segment of people also including social activists and environmentalists, brought in a completely new dimension into the debate.

Sugarcane cultivation, according to them, is actually a bigger villain than IPL. It is estimated that sugarcane production alone takes away 20 trillion litres of water in Maharashtra.

Water required by the IPL matches is equivalent to that is needed in half an acre of sugarcane cultivation. So, it is ridiculous to stop IPL in the name of water crisis, they argued.

That’s a valid argument and brings to debate two aspects of water management in a state: one, priorities and two, conscience.

The debate between cricket and water is that of between money and human rights. The water policies of the country and states have prioritised drinking water over all other requirements.

Agriculture – that is needed for food security – always comes in the priority ladder after drinking water but before water needed for other purposes such as entertainment/ sports.

It is a constitutionally mandated duty of the government to provide safe drinking water to each citizen and Maharashtra has failed in that. Two consecutive years of drought coupled with increased temperatures has made the task of the government much more difficult.

However, nothing can be an excuse. The Maharashtra government has realised it and has said in strong words that potable water will not be given to IPL and would not mind if the matches were shifted to other states. It is now trying to send water in rail wagons to the parched regions.

The chief minister of the state has played a conscience card because he cannot afford to lose the trust of the suffering farmers. The court too seems to have applied a conscience code in this case.

It has criticised the IPL organisers and state government in strongest of words for the insensitivity shown by organising these matches in parched Maharashtra.

However, the Bombay high court has not stayed the inaugural match on April 9 in Mumbai. It has taken the same route as the National Green Tribunal took in the case of damage done to Yamuna floodplains by Art of Living (AOL) foundation in Delhi. The preparations are at a very advanced stage and hence it allowed the first match to go on.

While the fate of rest of the matches is not known yet and there is every chance that cricket will win all the next matches against water, commonsense and conscience of the nation needs to be debated seriously.

This year, at the time of Holi, the Maharashtra government urged the people of the state not to organise rain dances and refrain from using water in the festival.

That was a great gesture and act of conscience. The government could have done the same in case of IPL.

An act of conscience was needed here too.

And as a society, all of us need to evoke our commonsense in this matter. While a few games of IPL cricket may not take away as much water as sugarcane requires, the fact that it is just an ‘entertainment’ and a ‘game of profit’ should not be forgotten.

Then we need to challenge the growing water divides in the nation: between urbanites and rural folks; between industries and agriculture; and, between rich and the poor.

Our common water future needs management of this fast depleting precious resource with a combination of tools that must always integrate commonsense and conscience. 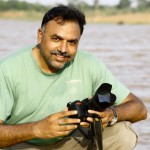 (Ranjan Panda is an Indian environmentalist, water and climate change expert. He can be contacted at [email protected]).