The Supreme Court offered a silver lining in the unfinished agenda of true empowerment of women, ensuring equality with dignity.

When in April 2016 women were allowed to offer worship in the precincts of the Shani Temple in Shanisingnapur in Ahmednagar district of Maharastra by breaking a 400-year-old tradition, it heralded a shining chapter in both pre- and post-independent India’s initiatives towards ensuring dignity and equality to women.

This symbolizes the journey and supremacy of progressive ideas of equality and dignity of the individual in a radical way.

Despite very clear pronouncements of having equality of women both in the Indian Constitution and law, the women were not allowed to offer worship inside the temple.

In fact, women were allowed to enter the temple premises in 2011 but still they were prohibited from climbing the shrine’s platform.

The Supreme Court offered a silver lining in the unfinished agenda of true empowerment of women, ensuring equality with dignity.

Recently, the apex court also rapped the authorities over the denial of entry of women into the Sabarimala temple in Kerala.

This incident reminds one of the dynamic steps taken by the father of Indian Constitution, Dr. B.R. Ambedkar in 1927.

That year, Dr Ambedkar undertook the ‘Mahad March’ at the Chavdar tank, Colaba near Mumbai, which essentially was aimed at shunning untouchability.

The Bombay Legislative Council, in 1923 had passed a resolution regarding allowing the depressed classes to use the places built and maintained by the government.

Following this, the Mahad Municipal Council passed a resolution to enforce the Act in 1924 leading to protest by the upper castes.

Dr. Ambedkar organized and led a non-violent march to assert of rights by the depressed classes and ensure the equality of all irrespective of social hierarchy, gender, and colour.

This led to the beginning of the true social empowerment engineering and movement for the assertion of rights.

Though the latest episode of entry of women to the temple for offering worship in 2016 indicates the big leap of the progressive ideas in a pragmatic way, the initial steps were taken up by Dr. Ambedkar in 1930.

Dr. Ambedkar led the non-violent march with a group of more than 15,000 people to the Kalaram Temple in Nashik to assert the right to offer worship and equality.

The first batch of 125 men and 25 women led the protest against banning the members of the depressed class into the temple.

The movement has been one of the defining moments of social empowerment in India changing the discourse in the politics of India.

The Kalaram temple entry movement had a profound impact on Dr. Ambedkar’s life and politics.

After almost eight decades of the movement by Dr. Ambedkar, the same temple administration has lived up to the cause and ensured the education of more than fifty young students from the depressed class.

Dr. Ambedkar’s struggle was certainly for the equality and dignity of all. What is most remarkable is that the father of Indian Constitution had an unequivocal determination to work for women empowerment apart from the annihilation of caste and untouchability.

In his unflinching support to women empowerment, Dr. Ambedkar had stated: “I strongly believe in the movements run by women.

If they are truly taken into confidence, they may change the picture of the society today which is very miserable. In the past, they have played a significant role in improving the condition of weaker section and classes.”

The entry of women into the Shani Temple in 2016 certainly bears the success of Dr. Ambedkar’s social empowerment and its enhanced relevance in recent times. 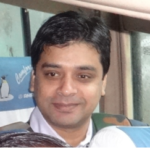