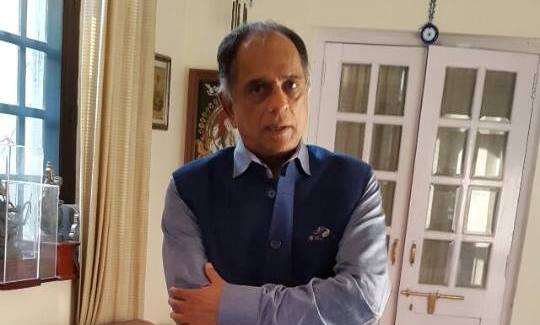 Nihalani was a film producer who made typical Bollywood potboilers. He also headed the Association of Motion Pictures and TV Programme Producers for 29 years.

Central Board of Film Certification chairman Pahlaj Nihalani is in the eye of a storm over upcoming Bollywood film “Udta Punjab” undergoing 89 cuts in before it was certified for public exhibition in cinema halls.

The censor board has ordered removal of the word “Punjab” from the title of the film based on drug abuse in Punjab.

It has also ordered deletion of the names of other places like Amritsar, words like “Parliament“, “MLA” and “election”, besides cuss words. It has kicked off a row as Punjab is due for state elections next year.

For justifying the cuts, Nihalani has drawn a lot of flak from his won Bollywood fraternity, intellectuals, has been accused by Congress and Aam Aadmi Party of promoting BJP’s cause and been snubbed by the Bombay high court.

Here are 10 things you would like to know about Nihalani, who has been dogged by controversy since he took charge as the chairman of CBFC:

1. Nihalani was a film producer who made typical Bollywood potboilers. He also headed the Association of Motion Pictures and TV Programme Producers for 29 years till 2009.

2. He produced his first film Haathkadi in 1882 starring Sanjeev Kumar, Satrughan Sinha and Reena Roy. It was a moderate success.

4. Ilzaam (1986) that introduced Govinda as a dancing star was a box office hit.

A super hit, it was the third highest-grossing film of the year after Beta and Deewana.

5. A year later, Nihalani repeated the combination of Dhawan and Govinda along with Chunky Pandey and Kadar Khan to produce his most successful film, Aankhen.

Declared a blockbuster at the box office, the film was the biggest money spinner of 1993 and remains the third highest grosser of 1990s when adjusted for inflation.

6. In 2012, he started Avatar starring Govinda. The film, also being directed by him, has yet to hit the theatre.

7. A supporter of Bharatiya Janata Party, Nihalani made a video “Har Har Modi, Ghar Ghar Modi” to campaign for Prime Minister Narendra Modi ahead of the 2014 general elections.

Though most of the films made by him were know for flesh show and double meaning dialogues, Nihalani, as CBFC chairman, saw to it that cuss words and scenes with sexual overtone were deleted even in adult certified films.

His style of functioning drew criticism from two of the CBFC members – Chandra Prakash Dwivedi and Ashoke Pandit – who said Nihalani ran the institution as per his whims.

9. Nihalani opposed the students of FTII who protested against the appointment of Gajendra Chauhan as the chairman of the film institute. He termed the protest as an “anti-national” act.

10. On July 9, 2015, Nihalani came under fire for announcing that A-rated films would not be shown on the television even after re-cuts, on the ground that most such films mostly showed nudity. After criticism, he allowed the films to be shown with re-cuts.

He again faced flak in the social media after kissing scenes of James Bond film Spectre were shortened the film was released.