A true leader, be it in business or politics or in any other field, has the capability to act under a stressful situation and tackle any problems that come his way. A leader is a man or woman who leads a group of people or organization. A leader possesses all the qualities to achieve a goal by involving others.

A true leader, be it in business or politics or in any other field, has the capability to act under a stressful situation and tackle any problems that come his way.

Remember Alexander the Great, the famous warrior king of Macedonia who demonstrated his extraordinary leadership skill and changed the shape of the world.

He did have enemies but the way he defeated them and led his army from the front remains applicable to business and politics even today. His reign illustrates several important leadership lessons.

A leader has to be totally focused and should win the commitment of the people he heads.

A quintessential leader stays calm and learns from the trials and errors while venturing into this mundane world keeping one’s composure intact vis-a- vis any sort of challenges.

The great English bard and world-renowned playwright, William Shakespeare, in one of his imposing comedies, As You Like It, has left behind a precious proverb: “Sweet are the uses of adversity”. It implies a soul-searching meaning – adversity paves the path for prosperity.

Leadership crucibles – or severe trials – enable one to meet the challenge and better one’s leadership quality. Crucibles can also unleash a queered experience of identity crisis midway of our adventurous foray into life.

Thus, one may fall prey to traumatic experiences of pride and prejudice, anger, anguish, bafflement and even abandonment.

Nevertheless, a true leader needs to be brilliantly and diplomatically adaptive as had been the legendary Chanakya who laid the foundation of the great Maurya dynasty.

When situation warrants adhere tactfully to the ‘best policy’ of ‘adjustment’. When one is focused, strong will power and perseverance overpower physical courage, since moral courage always reigns supreme. It is the sacred stuff that could transform Chandashoka to Dharmashoka.

The same virtues and traits were evident in George Washington and Abraham Lincoln.

May it be the instance of Alexander or Akbar, both carry the eulogising epithet of “the great” as they evinced being in possession of the sacred stuff of true leadership.

Even though Arjun was a warrior par excellence, his expertise in warfare and even physical courage sans moral courage (in other words inner ability) deterred him midway as a Hamlet torn between the two horns of a dilemma of “to do or not to do”, as has been everybody’s case.

It was only the true friend, guide, and philosopher Lord Krishna in human incarnation infused in Arjuna’s pendulous psychic state of mind the fresh lease of the wit of war.

Thus, the holy book of Gita is not confined to Hinduism, but a magnum opus and chef d oeuvre of human religion.

It is an embodiment of nurturing human life with the accurate sense of duty done with detachment but emerges with an outstanding performance and perfection.

Man, being a social animal, and rational being, is liable to confront the war of Kurukshetra each and every moment and thus ought to inculcate the stuff of true leadership to come alive like the mythical bird phoenix even after death.

It may be worth enough to quote our great prime minister Pandit Jawaharlal Nehru. “The Bhagwad Gita deals essentially with the spiritual foundation of human existence. It is a call of action to meet the obligations and duties of life, yet keeping in view the spiritual nature and grander purpose of the universe,” he said.

Our great men, who are our sources of inspiration, idol and ideal in life, were well-stuffed with the crucibles of true leadership.

Our beloved Bapu is no more but Gandhigiri, the million-dollar worth mantra of truth and non-violence, is still relevant enough to eclipse the so-called bragged mighty sun of colonialism.

Swami Vivekananda, Netaji, and Bhagat Singh too dreamt of such stuff of true leadership to fire the imagination of the youth of India.

The exemplary President of America, John F Kennedy, in a nutshell, has left behind his immortal sermon, “Ask not what the nation has given to you, rather ask yourself what you have given to your nation.”

The grand gospel is not only meant for his brothers and sisters of America but also for the universal brotherhood.

It is neither chauvinism nor money nor muscle power, nor even dictatorial antics that make a leader, but a personality moulded in the true spirit of ‘liberty, equality and fraternity’ has a universal appeal and is able to transcend all barriers. 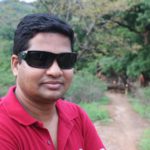 The writer is an alumnus of IIM-Ahmedabad.