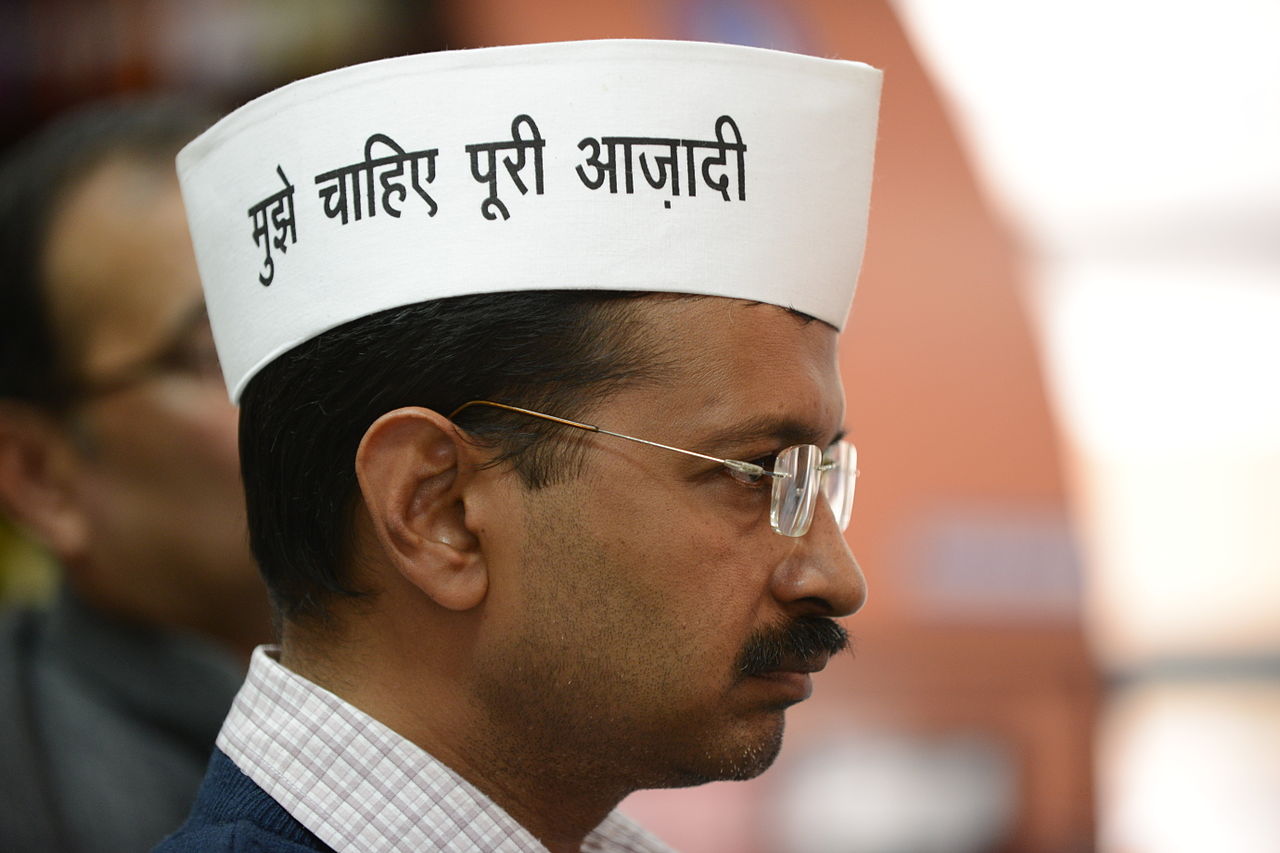 Parliament’s Monsoon session is about to begin. Uttar Pradesh is gearing up for Assembly elections. And so is Punjab. Leaders are leaving and joining parties in frenzy.

Mathura is on the boil. Communal cauldron is on the boil. Country’s economy is taking a beating because of Brexit. RBI Governor is being replaced. Subramaniam Swamy is breathing fire against the Union Finance Minister Arun Jaitely every day.

But where is the opposition which can raise common man’s voice? Sonia Gandhi seems too ill to raise such issues and Rahul Gandhi has flown to his umpteenth vacation abroad.

Arvind Kejriwal on the other hand is a busy man, shouting at and often abusing the Prime Minister, challenging Delhi Lt. Governor Najeeb Jung almost every day, raising issues of public and national interest at least twice a week.

There is hardly a day when Kejriwal is not on the front pages of all newspapers. In case he feels lost and out from media space, he tweets something nasty and lo and behold, he is again in the news.

The Congress announces Kamal Nath, tainted with 1984 anti-Sikh riots, as its Punjab general secretary, the AAP announces its entry into Goa.

The Congress wonders when Rahul Gandhi will get a family promotion, the AAP makes some noise in Modi’s home turf Gujarat, where Congress as the opposition unable to exploit the growing unpopularity of Anandiben Patel.

The AAP goes ahead and take free credit for Udta Punjab, the movie based on rampant drug trafficking and abuse in Punjab.

So who is the real opposition in India? Is Kejriwal raving and ranting to just remain in the news or does he have another agenda, a bigger one at that.

Does Kejriwal wish to occupy the opposition space being vacated by Congress? The Congress President-in-Waiting Rahul Gandhi has flown abroad a day after his birthday. Only he would know what takes him overseas so often, leaving his party high and dry.

That is why his Aam Aadmi Party is slowly creeping into states which have so far seen a direct contest between BJP and the Congress; or at the most NDA and UPA.

He ‘sacrificed’ a lame duck government he had formed with support of Congress, to contest the 2014 Parliamentary elections. The party contested 436 of the 543 seats on offer.

He himself chose to contest against the Prime Ministerial candidate, Narendra Modi, from Varanasi.

The significance was hard to miss. He wanted himself to be seen as Prime Ministerial material too. He failed miserably – both in Varanasi and nationally. He lost to Modi by 3.72 lakh votes and his party’s could manage to win only four seats – all in Punjab.

To aggravate his misery he was incarcerated by the court in defamation arcade filed by Union Transport Minister Nitin Gadkari.

But he crawled his way up, redeeming himself by bagging 67 out of 70 seats in Delhi Assembky in February 2015.

After becoming CM for second time, Kejriwal seemed repentant. “I should not have left Delhi. Now, I will concentrate only on Delhi’s development.”

But, the power of sheer numbers must have made him heady. He forgot that he was heading only a city government and started behaving autocratically.

Lt. Governor Najeeb Jung became his enemy number 2 (he had always reserved the number one slot for Modi). And he also forgot his pledge of concentrating only on Delhi.

Punjab having given him four MPs was obviously the first choice. It’s another matter that two of them have walked out on him.

But, a badly battered and discredited Shiromani Akali Dal (SAD) and an equally dispirited and divided Congress offered him a fertile ground. And it did not take long for the effect to become visible.

The Maghi Mela rally – organised by all parties in Muktsar near Batinda – was one such indicator when AAP rally was twice the size of SAD and Congress rallies put together. Soon enough an opinion conducted by C-Voter gave AAP 90-100 seats out of total 117 in Punjab Assembly.

That gave Kejriwal hope but not without caution. Asked at Muktsar would AAP contest in Uttarakhand, he told me, “We have learnt our lesson well during the Parliamentary election. We will contest only one state at a time. Since Uttarakhand polls will coincide with Punjab, we won’t enter the fray. However, we will go to Himachal Pradesh, which goes to polls six months after Punjab.”

But four months down the line, he decided to contest Goa Assembly polls. Next month, AAP announced it would be contesting Gujarat elections. Now comes the news that AAP will fight in Madhya Pradesh too.

The common denominator in here is that all these states except Himachal Pradesh are ruled by the BJP and Congress is the lone opposition.

Buoyed by the stupendous success of Delhi, AAP leaders used to boast  that they would enter only that state where they were sure of our victory – not a sure victory but an overwhelming one.

But with rapidly changing political landscape, their rhetoric too has changed. “We will contest to ensure that we provide at least a formidable opposition if not form the government”, is the new slogan.

A senior AAP functionary claimed: “We are contesting all BJP ruled states to create the same trouble for them that they have been giving us in Delhi. It will be a perfect quid pro quo.”

And what about the BJP? So far, it had been pretending to ignore AAP as a city/ state party. But with latter’s forays in BJP ruled states and at least one abuse a day hurled at the Prime Minister, BJP can ill afford to overlook AAP and Kejriwal.

Hence, the FIR in tanker scam and fielding the Union Home Minister to counter Kejriwal.

Not long ago, BJP had to field two of its top leaders, party president Amit Shah and Union Finance Minister Arun Jaitely, to refute Kejriwal’s aspersions on Modi’s degree.

Yes, the signals are clear. BJP cannot afford to take Kejriwal lightly. And if it does, it will be at its own peril.