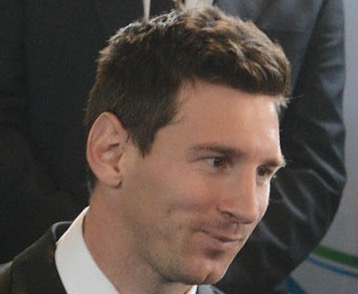 According to Forbes list published in May 2016, Messi is the world’s second highest paid soccer player.

Ace Argentina footballer Lionel Messi announced his retirement from the game after missing a penalty shot as his side lost to Chile in the finals of Copa America on Sunday (June 26) night.

After the match, the 29-year-old told Argentine channel TyC Sports: “For me, the national team is over for me. It has been four finals, it is not meant for me.”

Heartbroken, the Argentina captain further said: “I have tried hard and done all I could. It was the thing I wanted the most, but I couldn’t get it, so I think it’s over. It hurts not to be a champion.”

While his fans are yet to come in terms of the news, here are 10 interesting facts about the five-time FIFA World Player of the Year:

1. At the age of 11, Messi was diagnosed with Growth Hormone Deficiency, as a result of which not only his height was restricted, he also suffered from low immunity and poor vision.

He still remains one of the shortest forwards in football history with a height of just 1.69 meters.

2. On Dec 14, 2000, at the age of 13, he signed his first contract with Spanish football club Barcelona at the Pompeia Tennis Club.

Too impressed with Messi, Barcelona’s technical secretary Carles Rexach asked his technical team to grab a piece of paper and sign a contract with him.

The only piece of paper they could manage to get was a paper tissue. And yes, Leo signed his first contract on that napkin.

3. Messi loves food. Period. A complete foodie, his favourite dish is Milanesa a la Napolitana, an Argentinian variation on the breaded fried steak.

In his biography “Messi” by Luca Caioli, his mother Celia María Cuccittini was quoted as saying: “Lionel has simple gastronomic tastes: schnitzel, but not made with ham or horsemeat; chicken with a sauce made of pepper, onions, tomatoes and oregano. He doesn’t care much for elaborate dishes.”

4. He chose Argentina over Spain. In 2004, he was “informally” offered to join the Spanish Under-20 national team.

Claiming himself to be a true blue Argentinian, Messi instead led his home team to the FIFA Youth Championship victory.

5. Messi lasted for only 44 seconds during his debut match. It was August 2005 when an 18-year-old Messi played his first match for Argentina against Hungary.

But he was shown the red card within 44 seconds by German referee Markus Merk for allegedly elbowing Hungarian defender Vilmos Vanczák.

6. He is an Italian by heritage. Originally his ancestors were residents of Italian city Ancona. It was in 1883 that his ancestor Angelo Messi immigrated to Argentina.

Since then, they have been the permanent residents of the country. In an interview with official Manchester United website MUTV, Messi had said that his family actually belongs to English ancestry.

His father Jorge Horácio Messi is an Italian while his mother Celia María Cuccittini is Lebanese.

7. Born on November 2, 2012, Messi’s son Thiago was signed by his first club Club Atlético Newell’s Old Boys when he was just 72 hours old!

8. According to Forbes list published in May 2016, Messi is the world’s second highest paid soccer player with an earning of $77 million, with added salary and bonus worth $51 million.

The top position is held by Portugal superstar Cristiano Ronaldo with an earning of $82 million, along with salary and bonus worth $53 million.

9. Messi has won the European Golden Shoe thrice. This award is generally reserved for the top scorer in European League.

10. Messi is into a lot of philanthropic works. In 2010, he was appointed the UNICEF Goodwill Ambassador.

In 2007, he started Fundación Leo Messi, a charitable organization working for poor and vulnerable children and taking care of their education and health.