India needs to radically enhance its sports budget so as to provide the much needed safety net for budding sportspersons. 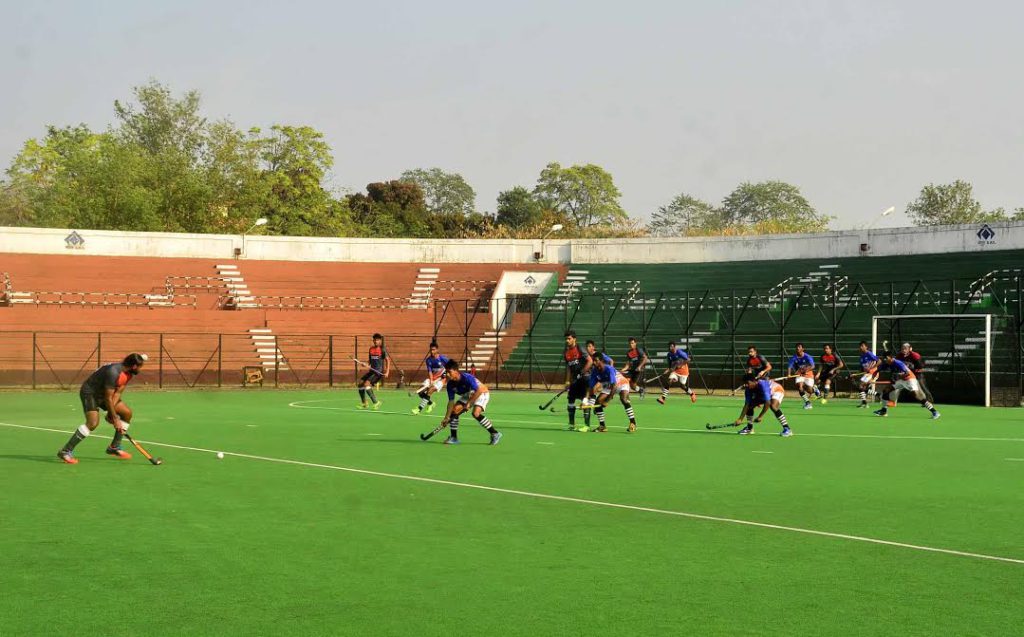 India finished at 67th in the medal tally with just a silver medal and a bronze medal as the 17-day Rio Olympics ended. As usual, people will discuss about the poor performances of our sportspersons for few days and then move on with their lives.

Indeed, hardly anybody bothers to remember sportspersons in India, unless, of course, one is a cricketer.

It is only in the time of big events like the Olympics that the athletes, wrestlers, boxers, hockey players, shooters and participants in other sporting events suddenly find themselves at the centre of public glare.

Everybody expects them to perform well, get medals and make the country proud. One often comes across tweets like “Go get the gold” and “Don’t disappoint the country”. And when they fail to perform, they draw flaks.

The Rio Olympics was no different. As the sportspersons faltered in several events, they were run down by people including prominent citizens. Author and socialite Shobha De started a twitter war with sports persons when she tweeted: “Goal of India at Olympics: Rio jao (go to Rio), Selfie lo (take selfie). Khali haat wapas aao (return empty handed). What a waste of money and opportunity.”

At least De, undoubtedly an excellent columnist read by lakhs of people, should have bothered to go deeper to understand how the sporting administration in the country functions before making such a comment insulting the sports persons!

Before the Olympics began, when sprinter Dutee Chand lamented that she was made to travel in economy class while officials travelled in business class, few supported her.

But many observed in social networking sites that she should “focus” on her performance and not crib about “small” things.

Focus on performance? After travelling continuously for 36 hours in an economy class seat from Hyderabad to Rio de Janeiro and then overcoming jet fatigue.

Nobody asked the officials what they “focused” on in Rio after travelling in the cozy comfort of business class.

But as the Games progressed, along with the poor show by Indian sportspersons came other bizarre stories – a Union minister making a caricature of himself at Rio, the son of a top functionary of the Indian Olympic Association getting a free trip by passing off as India’s team doctor though not qualified to deal with sportspersons’ injuries, a Haryana minister going there to cheer up the state’s wrestlers and boxers but actually skipping the events to enjoy the exotic, sun-kissed beaches in Rio and so on.

For high and mighty, Rio was indeed like family picnic at national cost.

They feed off the money meant for sportspersons like parasites enjoying all trappings of luxury staying in five star hotels, wining and dining in expensive restaurants and travelling in business class but at the same time doing everything to damage Indian sports and sportspersons’ morale.

The government will do well to do a post-mortem of India’s performance in Rio and bring out a white paper on per capital spending on the travel, food and stay of officials and sportspersons.

There has to be transparency about who were among the 40-odd officials and what exactly was there job in Rio.

They struggle hard to do well on their own. Hardly anyone notices them when they compete at the junior levels.

But when, after years of struggle, they managed to win a medal in an international event, the immediate reaction of the government and corporate sector is to offer some cash awards, a flat or a plot.

The mentality of giving cash award, flat or plot after someone wins at an international event and ignoring him when he or she fails to perform has ruined Indian sports.

Most sportspersons in India are past their prime age by the time they make it to international events on their own. Monetary benefits subject to winning medal may pull them out of poverty but are hardly incentives to excel further to make their mark in events like Olympics.

Take for example Dutee Chand. Her talent was spotted when she emerged champion at the national junior championship.

But nobody noticed her at that time and due to poverty she discontinued practice on several occasions.

Add to it the loss of crucial years as she was barred from participating just before the Commonwealth Games because some “male hormones” were found in her!

She somehow managed to reach the top nationally due to help from her coach and well wishers but it clearly was not enough to do well in Olympics without structural backup. By the next Olympics, age may not be on her side.

HDI and performance in Olympics

A country’s performance at Olympics is often reflective of the state of its human development index (HDI) including health, education and malnutrition. And by all account India’s HDI like its performance in Olympics is nothing to write home about.

If India wants medal in Olympics it must first improve its HDI.

Drastic improvement of sports infrastructure in the country will have a percolating effect on the standard of living of millions of poor families, who basically produce our future champions.

In his last budget, Union finance minister Arun Jaitley allotted Rs.1552 crore to sports. As compared to it, a small Caribbean country like Jamaica’s allotment to sports was Rs.3075 crore in 2012; world beaters like Usain Bolt are not produced out of thin air.

India needs to radically enhance its sports budget so as to provide the much needed safety net for budding sportspersons. There will be no need for cash rewards subject to winning medals if talents are spotted and nurtured early.

The feudalistic sports bureaucracy has to be unshackled to ensure that the funds meant for sportspersons are not siphoned off by high and mighty and the former are respected and not left to the mercy of the latter.

Every street corner in India – as the protagonist, played by R Madhavan in recent sports film Saala Khadoos, said – will have a champion if politics is removed from sports.