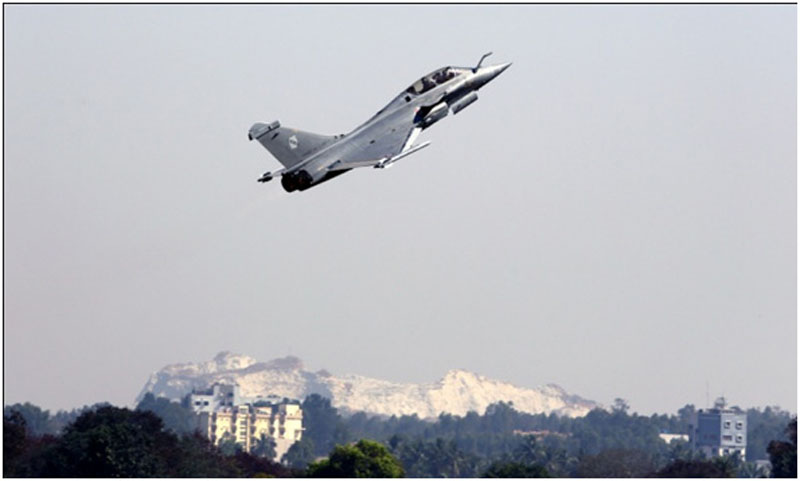 Amidst the tension between Pakistan and India which emerged after the terrorist strike on the Indian Army base in Uri, Kashmir, the Indian government has inked a deal for acquiring 36 Rafale fighter jets from Dassault Aviation of France to strengthen the Indian Air Force.

Here are 10 interesting facts to know about the most expensive defence deal struck by India:

1.The Indian Air Force will get 36 Rafale jet fighters from the French Dassault Aviation company at a cost of 7.87 euros (Rs.59,000 crore). Each of the Rafale fighters will cost around Rs.1610 crore.

2. These Rafale jet fighters will be added as two more squadrons in the IAF and will boost the fast depleting squadron strength of the force.

3. The first of these 36 jets will be delivered by the end of September, 2019. The Dassault Aviation will complete the export by the end of 2022.

4. This is almost after two decades that India is going to acquire a new variety of fighter jets. The last such deal was signed with Russia for the Sukhoi fighters in 1997.

5. Rafale is a state-of-the-art twin-engine aircraft. It comes with delta wings and is capable of carrying a large number of missiles and weapons.

6. The Indian security establishment is particularly enthusiastic about the Meteor missiles which could be launched from the Rafale fighters.

These air to air missiles can hit beyond visual ranges up to 100 km. The other notable missile included in the arsenal of Rafale is the Scalp air-to- ground missiles with a range of around 300 km.

7. The Rafale fighters also carry an advanced radar system which helps it to detect the enemy fighters and missiles. It carried an Active Electronic Scanned Array Radar.

8. The Rafale fighters were first designed and prepared for the French Armee de’l’air or the Air Force of France. I t has an attractive operational record with the French.

9. The Congress-led UPA government had initially initiated the process to acquire 126 Rafale jets. After the BJP led NDA government came to power, the discussion to finalize the deal with the Dassault Aviation to acquire these fighters was started in April during Indian Prime Minister Narendra Modi’s visit to Paris.