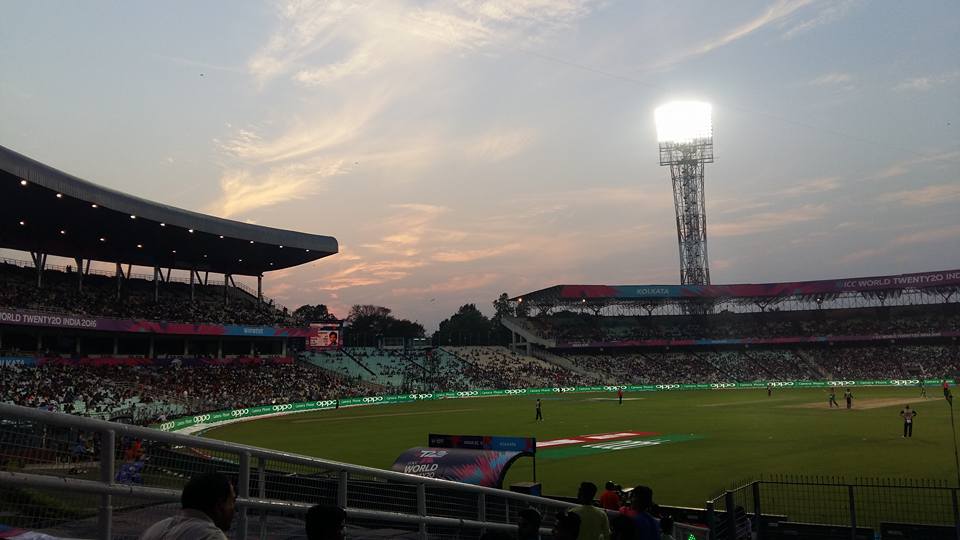 Eden Gardens was constructed in the year of 1864. It is the oldest cricket stadium in India. The First Test match was held in 1934 between India and England.

In the Second Test of the series the Indian cricket team is currently playing against the New Zealand national side at the Eden Gardens in Kolkata.

Here we have prepared a list of 8 interesting facts about the ‘Cricket’s answer to Colosseum’ as the Eden Gardens is known among the Cricket fans.

1. Eden Gardens was constructed in the year of 1864. It is the oldest cricket stadium in India. The First Test match was held in 1934 between India and England.

2. Eden Gardens is the home ground of the Bengal Ranji team and the Kolkata Knight Riders IPL team.

The custodian of the ground is, however, the Indian Army.

The Cricket Association of Bengal (CAB) managed the tournaments and matches and maintained the stadium as well.

3. Eden Gardens is the second largest stadium in the world. The total seat capacity of the ground is 66349. It had much larger seating capacity prior to its renovation in 2011.

4. The two bowling ends of the stadium are known as the High Court end and the Pavilion end.

5. The stadium is very close to the river Ganga and the breeze from the river flowing over the stadium occasionally becomes a deciding factor in the match.

The breeze in the morning and the evening-controlled the pace and spin of the ball to a large extent. The players have to keep in mind this natural factor while taking their decisions during the toss.

6. The stadium has witnessed numerous historic matches during its long career.

7. It is also quite a lucky ground for the Indian bowlers. Two great Indian bowlers Kapil Dev and Harbhajan Singh have recorded their hattricks on this ground.

Kapil registered his hattrick against Sri Lanka in an ODI while Singh achieved the feat in the aforementioned 2000/2001 Test match against Australia.

8. Before the construction of the Yuva Bharati Krirangan inSalt Lake, Kolkata; several famous football matches have been also played at the Eden Gardens.

Notable among the football matches is an exhibition match between the local club Mohun Bagan and the visiting Cosmos Club led by the world famous Brazilian footballer Pele in 1977.