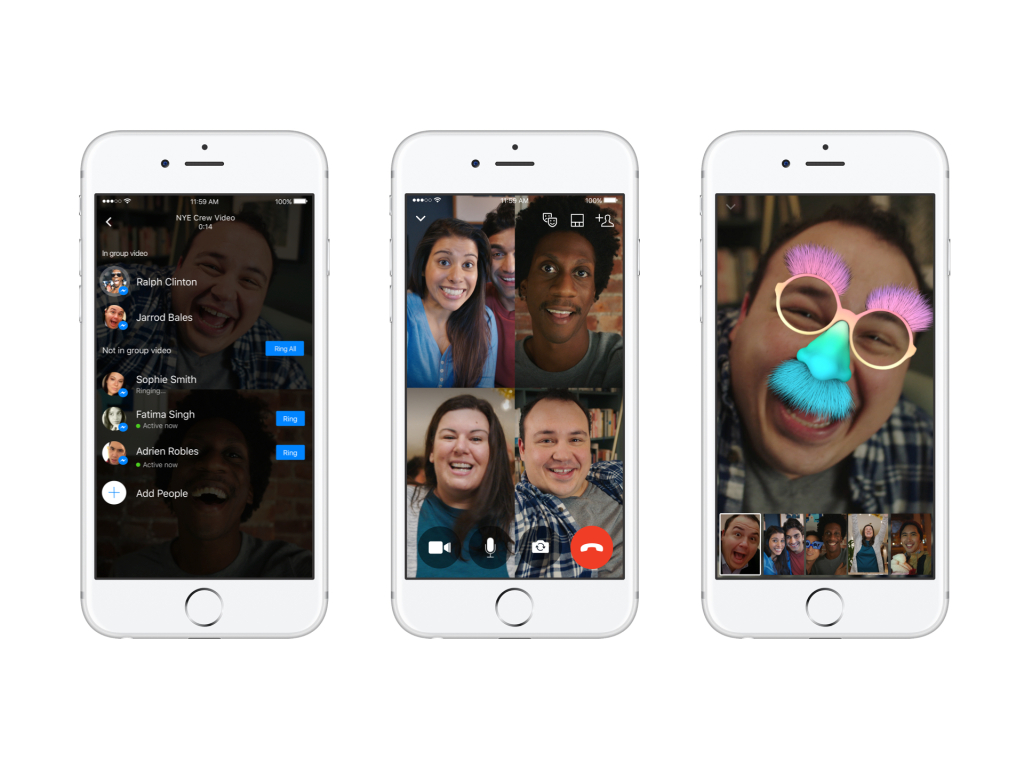 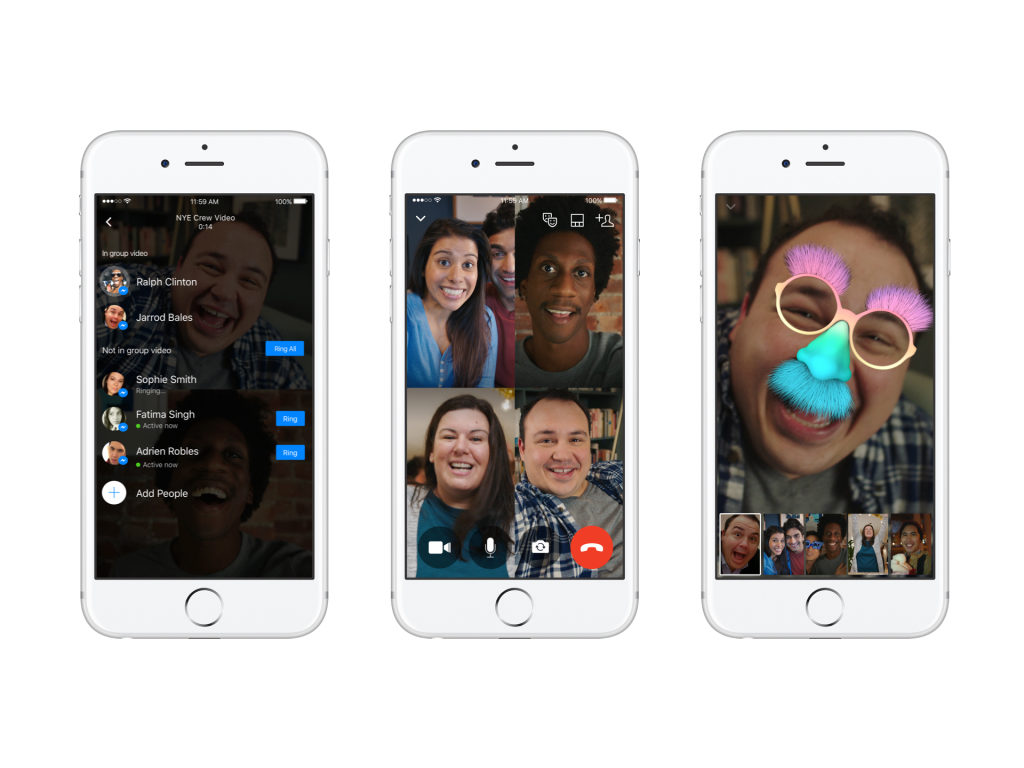 This means you can do group video chat with six people at a time, although up to 50 people can join in and can listen.

Once more than 6 people are on the call, just the dominant speaker is shown to all participants.

This video chat feature has been rolled out to Android and iOS devices and the desktop version of Messenger globally.

“This is the time of year to tell our friends and family how much we care about them and send best wishes for the year ahead” Facebook Messenger product manager Stephane Taine informs via Facebook newsroom.

“We’re delighted to bring you the ability to chat face-to-face with those who matter to you most, wherever they are. We look forward to hearing what you think”.

“With 245 million people making video calls in Messenger every month, now we’re bringing everyone on Messenger the ability to turn group chats into face-to-face conversations no matter where you are – whether you’re down the street or halfway across the world”

“Chatting face-to-face live as a group is perfect for those spontaneous moments when text just isn’t enough…” says the post.

Facebook has already been offering one to one video chat features in its messenger. It is also letting users broadcast one live video at a time to their Facebook friends and followers since earlier this year.

If you want to start a group chat in Facebook messenger you need to download its latest version. Either you can start the conversation with your existing group or create a new one.

Once you tap on the video icon to enter a video chat, the Facebook messenger will notify everyone in the group. You can start the conversation after they tap the icon and accept the invitation.