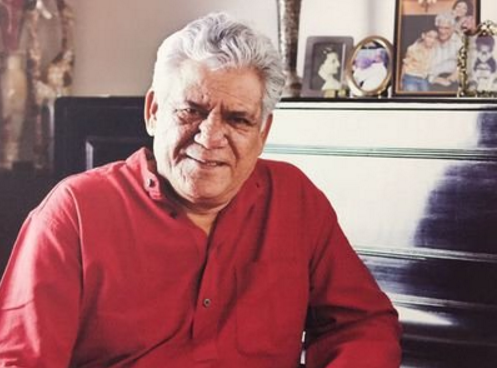 On Friday morning, his driver raised an alarm when the doorbell at his Andheri residence in Mumbai went unanswered. The Padma Shri awardee was found dead inside.

Veteran actor Om Puri passed away at the age of 66 succumbing to a massive heart attack on Friday.

He was shooting for a film the previous evening.

On Friday morning, his driver raised an alarm when the doorbell at his Andheri residence in Mumbai went unanswered. The Padma Shri awardee was found dead inside.

The Prime Minister’s Office (PMO) condoled the passing away of the actor.

“The Prime Minister condoles the passing away of actor Om Puri & recalls his long career in theatre & films,” the PMO tweeted.

Here are 10 facts about Om Puri that you should know:

1. The actor, who also acted in British and American films apart from the mainstream and parallel Hindi cinema, made his screen debut in Marathi film “Ghashiram Kotwal” in 1976.

2. Born in a Punjabi family in Ambala, Om Puri had no proper birth certificate. However his mother told him that he was born two days after Hindu festival Dussehra.

While being admitted to a school, his uncle put March 9, 1950, as his “official” birth date.

It was only after he moved to then-Bombay that he looked up the calendar, back-calculated and confirmed Oct 18, 1950, as his correct date of birth.

3. A graduate from Film and Television Institute of India, Pune. Om Puri is also an alumnus of the 1973 batch of National School of Drama (NSD), New Delhi.

4. He was very close to his NSD batch-mate, actor Naseeruddin Shah. Their friendship continued until his last day.

It was Naseer who turned Om to a non-vegetarian. Together, they acted in films like “Aakrosh”, “Droh Kaal”, “Sparsh”, “Jaane Bhi Do Yaaro”, “Ardh Satya”, “Paar”, “Mandi” and “Albert Pinto Ko Gussa Kyon Aata Hai”.

7. In 2004, he received the Honorary Officer of the Order of the British Empire for services to The British Film Industry.

8. Om Puri was married twice. His first marriage to actor Annu Kapoor’s sister Seema Kapoor in 1991 was over after eight months. In 1993, he married journalist Nandita Puri, with whom he have a son Ishaan.

9. His relationship with Nandita soured when in 2009, she wrote his biography “Unlikely Hero: The Story Of Om Puri” where she spilled the beans over his past relationships.

Nandita alleged domestic violence against Om Puri in 2013 and the two got separated shortly afterward.