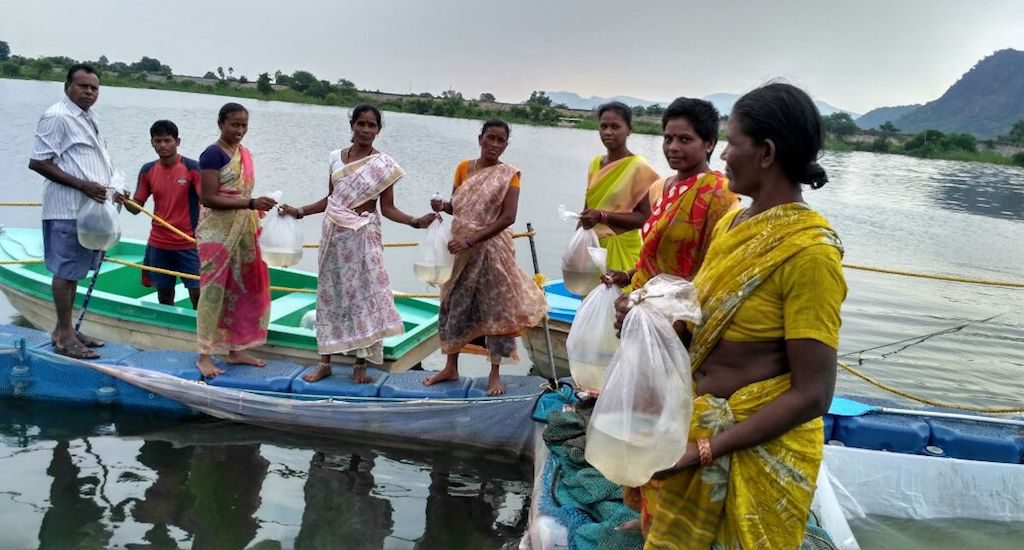 One may add to this the area under the numerous wetlands in the eastern parts of the country with an approximate area of another 1 million hectares. From the 6 million hectares, the total reported production of inland fish in India is barely 6.1 million tons.

This is about a sixth of what could be achieved if the ponds and tanks were converted from stagnant smelly waters to vibrant production centers of fish.

The scope to utilize small household ponds in eastern parts of the country also appears to be robust.

At a rough guess, the country could be producing 25-30 million tons fish from inland bodies against the current 6 million tons, an annual opportunity loss valued at over Rs 4 trillion.

Why is it that despite this potential gain, inland fisheries production enhancement does not happen?

The reasons can be broadly divided into three classes — resource quality issues; socio-economic issues around the resources; and techno-managerial issues connected with the production of fish.

Socio-economic issues pertain to usufruct rights over the water bodies; security and length of tenancy when these are leased; and issues of poaching of fish.

Let us look at these three issues and where and how have people overcome them.

In drought-prone areas, ponds acquire an adequate water depth by end of the monsoons and the condition may last till the end of April. Thus fish production would be best done if this entire period were effectively used.

The length of the productive period for wetlands starts from October end when the floods recede and continues till the end of May. Reservoirs are more reliable.

The length of standing water in small household ponds etc. is also a function of monsoons but water in these can be augmented much more easily.

There is a major issue with ponds and tanks in most parts of the mainland in India —these are typically multiple use water bodies.

Humans and animals bathe there, utensils and clothes are washed in the same water and there is also a recreational use since people swim in them and the elderly enjoy evenings or mornings around their banks.

In South India, the tanks are essentially looked upon as sources of irrigation and regulated by the famous office of the neer-katti. These multiple use water bodies, therefore, render themselves unreliable for fish production unless managed well. There often is the nub.

Socio-economic issues arise because a bulk of the water bodies is common or at least public goods regulated by the local self-government agencies.

Guidelines in most states require these governing bodies to allot the fishing rights to the dead or fictitious co-operatives of the fishermen (or other marginalized and Dalit) communities.

In most places, such co-operatives are poorly managed. Since the ponds have a perimeter that could exceed a few kilometers, guarding the pond fish against poachers at night is a tough proposition and seldom acted upon by these co-operatives.

Techno-managerial issues are similar in texture to issues of any commercial activity. There is an imbalance between the number of hatcheries capable of giving quality seedlings and the area in which these may be grown.

Like most other forms of farm activities (backyard poultry, raising small and large ruminants), people are used to treating fisheries too as near zero input enterprises. As such efficient markets for the supply of inputs such as feed have not come up.

The market for fresh fish itself is so grossly underserved that downstream processing is absent for inland fisheries. And there is the universal absence of formal working capital arrangements with banks for funding smooth and efficient fisheries on business principles.

Some interesting but location-specific efforts have shown that the production potential can be realized.

Gujarat shifted from insistence on co-operatives as lessee of ponds and tanks to a public auction and changed the tenure of lease from a single to several years. This created a huge incentive to the entrepreneurs.

This alone increased the production many fold since the private entrepreneur found a way to strengthen the ponds, replenish water when it started drying up, managed the demands for alternate uses by making suitable arrangements that would not damage fish and spend money for protection against poachers.

Cage fisheries in large reservoirs seem to be yielding good results in Jharkhand and Andhra Pradesh.

The massive thriving enterprises of Koleru are a testimony to the ease with which techno-managerial issues can be solved.

What appears important is to recognize that the role of government is basically in designing intelligent lease agreements and enabling working capital supply.

The trouble is, rather than doing that, fisheries departments are bent upon schemes for spending money on creating infrastructure, which then does not function or give subsidies that are often wasted.

Because this sort of engagement makes both the bureaucracy and the ministers in charge feel they are doing something. 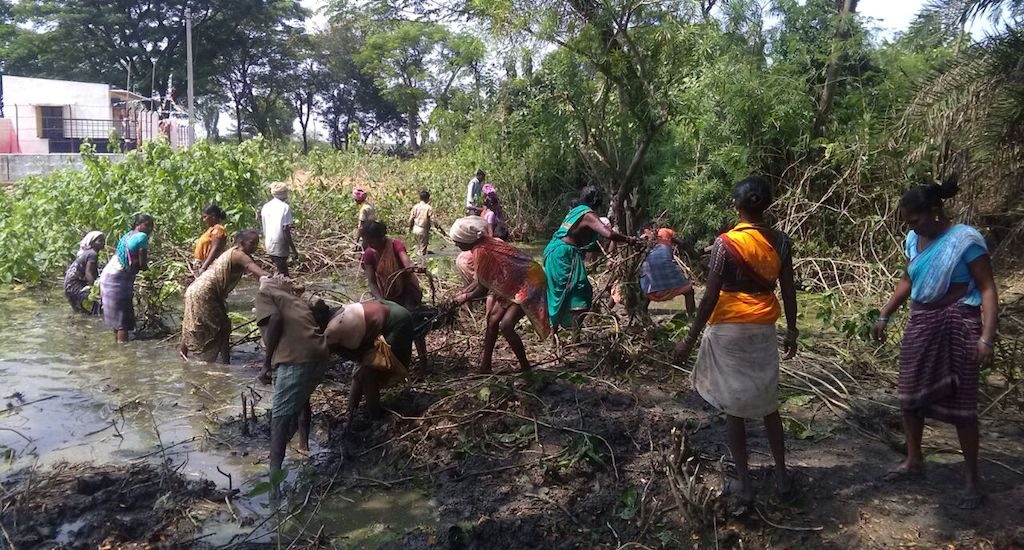 Will the government get out of the way in operations, just stick to setting tenancy rules and let fish and fish enterprises grow? On the answer to that question hinges the fate of the blue revolution.