For the first time in the history of independent India, the Budget will be presented on February 1. 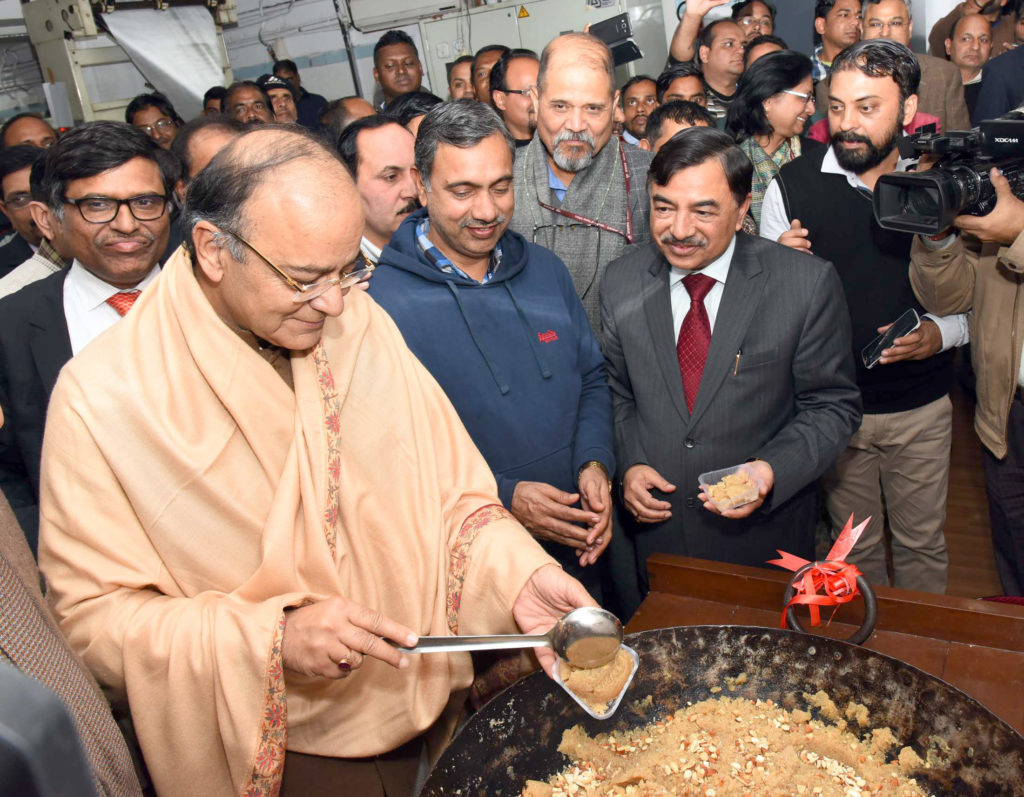 The Union Minister for Finance and Corporate Affairs,  Arun Jaitley at the Halwa ceremony to mark the commencement of Budget printing process for Union Budget 2017-18, in New Delhi on January 19, 2017. Pic: PIB

There will be a break in the tradition when Indian Finance Minister Arun Jaitley presents the Union Budget for 2017-18 on Wednesday.

He will be presenting the Budget for the fourth time as the Finance Minister of the world’s fastest-growing large economy.

The current format is the last straw of the colonial legacy that started on April 7, 1860, when the India’s first Budget was presented two years after the British Crown took over the reign from the East Indian Company. R K Shanmukham Chetty, India’s first finance minister, presented the maiden Budget of free India on November 26, 1947.

Let’s now dwell on the basic 10 points why it is important to know about the Budget for the next fiscal from April.

1. For the first time in the history of independent India, the Budget will be presented on February 1. This will be a break from the tradition of presenting the annual financial statement of the government on the last working day of February.

2. This is the first time the Budget goes absolutely paperless. All documents related to the Budget will be submitted via Union Budget Information System (UBIS). No pen drives or hard copies of circulars will be issued.

3. For the first time, the broad classification of plan and non-plan expenditure will vanish, reflecting abolition of the Planning Commission that used to make a Five Year Plan for the economy.

4. There will be no separate categories for the central plan and state plan as all schemes will be categorized as either centrally-sponsored scheme or central sector scheme.

5. The Economic Survey, the federal government’s statement of facts for the previous year, will be presented a day before the Budget, a marked deviation from earlier years as the survey used to be presented a few days into Parliament’s Budget session.

6. This year, there will be no separate Budget for the Indian Railways as the details about the Railway Budget will be incorporated in the general Budget.

7. The rescheduling of the Budget announcement by a month is aimed at wrapping up the Budget process by March 31 or April 15.

8. Previously, Parliament used to pass the Budget proposals by mid-May.

The approved government sponsored programmes under budgetary allocations used to get delayed for implementation as by the time the Budget was passed, the annual monsoon rain season would have set in.

9. In 1999, India had advanced the timing of Finance Minister’s Budget speech to 11 am from 5 pm, marking a drive to start to an end of existing colonial legacies in the government’s accounting schedule.

10. The Budget is expected to lay down the framework of Goods and Services Tax (GST) regime from July 1.

GST is a proposed system of indirect taxation in the country. It aims to merge most of the existing taxes into a single system of taxation.