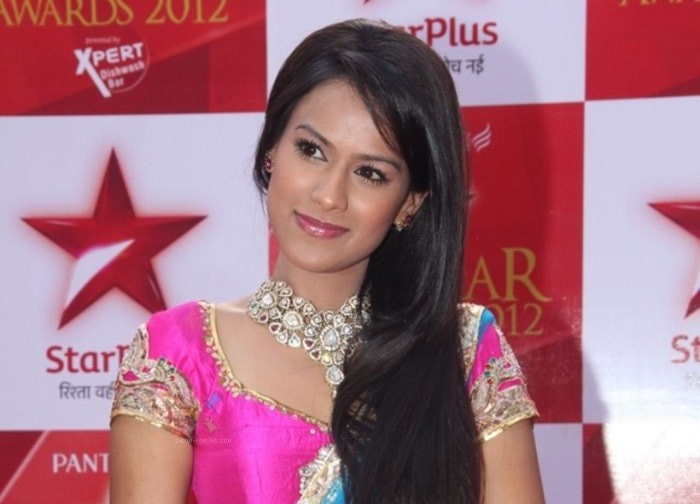 Nia Sharma was born Neha Sharma. But she changed her name from Neha to Nia when she entered the world of Indian television as she found her real name too common.

Pertinently, Nia Sharma had posted the first video on Instagram, which was negatively trolled on social media.

In a fitting reply, she posted the second one and answered the trolls saying: “Oops! Here’s one more from the photoshoot!! Ready to slut-shame a girl again? Go aheadddddd.. I’ll post five more…Coz thats exactly I got this shoot done.!! And thats exactly how I’ll post pictures from the same! I appreciate everyone who took out time from their absolutely worthless lives to write filthy long comments on my previous video.! I got u job again!”

1. Nia Sharma was born Neha Sharma. But she changed her name from Neha to Nia when she entered the world of Indian television as she found her real name too common.

2. She actually went bald for her role of a cancer patient in tele-serial “Ek Hazaaron Mein Meri Behna Hai” that was aired on Star Plus from Oct 3, 2011, to Sept 13, 2013. The act made her the first Indian television actress to sacrifice her locks for the sake of a performance.

3. Before starting her career as an actress, Nia Sharma wanted to be a journalist. She even has a bachelor’s degree in Mass Communication and Journalism from Jagan Institute of Management Studies (JIMS), Rohini.

4. This third sexiest Asian woman is too net-savvy. She browses the internet whenever she has time and you will find her very active on her social networking accounts – be it Instagram or Facebook or Twitter.

5. Nia Sharma is a fitness freak and is always worried about gaining weight. She avoids all junk food and sticks to a strict vegetarian diet. However, she believes in cheat days and loves having rajma chawal and Hakka noodles once in a while.

6. She loves shopping and her favourite shopping spot is Infiniti Mall at Malad in Mumbai.

7. She made her debut on television in Hindi serial “Kaali – Ek Agnipariksha” that was aired on Star Plus from 2010-2011.

8. In 2014, Nia Sharma played the female lead in Zee TV’s popular soap “Jamai Raja” but she quit the show after two years.

9. Nia Sharma claims she is still single. In an interview, she was quoted as saying: ““I am very much single. I’d love to fall in love again. I had a boyfriend in school and it was an innocent relationship that I experienced. It’s sad that the relationship didn’t last forever but I do look forward to having someone special in my life once again. I’d definitely want to get married if I find my Mr. Right.”

10. Delhi girl Nia Sharma lost her father at a very young age. She is extremely close to her mother Usha Sharma. Her elder brother Vinay Sharma is a businessman.