The book is a clear-sighted study of Indian electoral politics that unfolds with the pace of a political drama; offering hard facts.

A few years ago, Naveen Patnaik was the winner of a popularity contest organised by India Today magazine and was considered as‘India’s best Chief Minister’.

This despite the fact that the state he ruled was always in the news for the wrong reasons with horrifying stories that often exposed its deep poverty and lack of development.

Yet, Naveen Patnaik has been ruling with an iron grip and is now into his fourth term, getting stronger every election.

Biswajit Mohanty’s book, Chasing His Father’s Dreams, is the first of its kind to analyze Naveen’s 16-year old rule – a courageous effort and a successful one.

The book, as the author acknowledges, reflects the remarkable development, since 2000, of Naveen Patnaik’s regime and gives the reader a deeper understanding of the politics, society, economy and even the changing culture of Naveen’s Odisha.

The secret of Naveen Patnaik’s political success is that he started at the top. If he had to work his way up, he would have surely failed miserably. Naveen is a man of few words and even fewer letters.

He had no previous political experience, had not taken the slightest interest in Odisha; in fact, it is claimed that he had never even voted prior to 1997!

Although unsteady in the saddle at first, Naveen has remained firmly ensconced since 2000, and Mohanty rightly expects a ‘sweeping victory’ for him and his party in the next elections due in 2019. 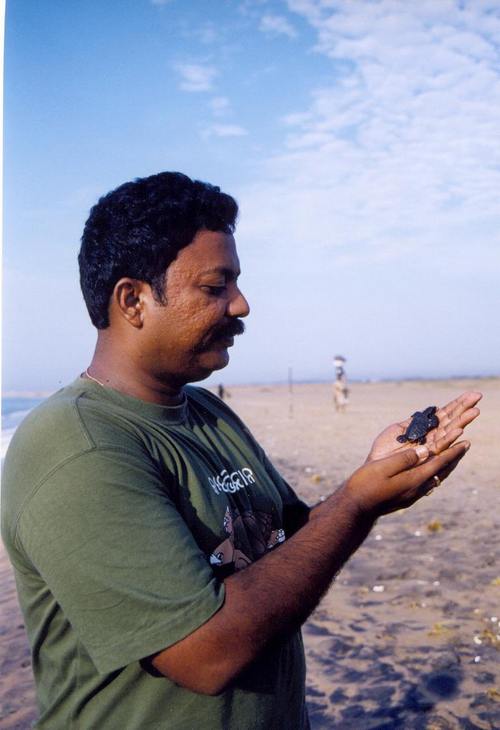 In the elections of 2014, when the Modi wave had swept into every nook and cranny of the nation, Naveen won his biggest victory while BJP mandarins were left shell-shocked.

In his book, Mohanty does not dodge away from the ever-controversial debate on the nature of the political system created and maintained by Naveen.

His style is one in which he had reduced politics to administration within a culture of poverty and limited opportunities.

The book also outlines several instances how the Opposition has failed in its duty to nail Naveen Patnaik despite mega scams that hit the state!

It is inconceivable that ‘Naveenism’ would have worked for so long in any other Indian State, except perhaps Odisha.

Mohanty, a former Board Member of Transparency International India, social historian and a political analyst, has written a vivid biography in which he has shown Naveen Patnaik as a shrewd, ruthless and resourceful politician.

The book is not merely an objective account of a new entrant who has undoubtedly become a leader of the masses (despite the fact that he abhors meeting his voters or party men).

It looks into depth upon what makes it possible for Naveen forge the kind of political strength.

All this has been captured in blazing prose by Mohanty in his well-researched 429 pages tome which is now a useful reference book for scholars, politicians and people of the state.

The Naveen phenomenon poses two threats to India. One, the fact (pitilessly exposed by the author) that he is the new breed of politicians that other politicians will follow that will result in futureless governance.

The second is that while other states progress, Odisha is sinking into a black hole with a fast disappearing future.

The exodus of the jobless, desperate poor for low paid jobs as well as the white collar youth to other states will continue while the benefits of the natural resources will be grabbed by a rapacious few outsiders.

The book vividly exposes the awesome power of the mining power and their immense hold on Naveen’s government.

The book is a clear-sighted study of Indian electoral politics that unfolds with the pace of a political drama; offering hard facts and an incisive analysis of the state’s turbulent trajectory.

The author steers the narrative deftly through the complex groupings of Odisha’s political arena to reveal Naveen Patnaik’s ostrich-like acumen towards governance, which has sunk Odisha to abysmal depths of being the nation’s poorest state.

With information garnered by nearly 1500 RTI queries as well as survey reports, CAG audit reports and extensive interviews from the field, Mohanty has portrayed the state of affairs in each sector including problems of law and order, roads, education, health, agriculture and rural welfare.

The reader will feel the pain of the suffering tribal who narrates his woes to Mohanty of being deprived of his Indira Awas Yojana house due to his inability to pay a bribe.

He will commiserate with the anxiety of a parent whose engineer son awaits a job for the last five years while the mega industries employ outsiders!

He will realise the sheer despair of the retired government teacher who lost his life’s savings to the chit fund scamsters who had a free rein in the state thanks to the patronage of the ruling party.

In a state where feudalistic bureaucrats hold the fort with a medieval mindset, Mohanty has not shied away from naming those “blue-eyed boys” of Naveen who caused enormous financial loss to the impoverished state of Odisha and have been let off unpunished!

Nevertheless, the author points out that despite the severe failures to deliver jobs, growth and arrest the agro crisis in the state, Naveen’s popularity continues to rise with every year.

The book shows how Naveen Patnaik continues to rule the roost despite not being the typical Indian politician fond of publicity and mass contact.

The author makes a brave foray into explaining his success and reveals the shrewd moves of Naveen Patnaik in perception management that vote him back to power despite egregious failures.

The author has revealed how Naveen’s popular claim that he is fighting corruption is a sham and cites several instances of protection provided to tainted officers.

The voluminous book is divided into 23 chapters and closely examines the changes that have occurred in education, health, agriculture, industry, tourism, Naxalism and law and order during the period between 2000 and 2015.

It also describes the real players and behind the scene happenings in major scams that hit the state during Naveen’s regime – mining, chit fund, land, private ports, dal and energy scams.

The book has some printer’s devils which should be corrected. Photographs that illustrate the shocking stories of corruption and failures could have been displayed in colour instead of black and white.

Though the book is a long read, which might dissuade readers from picking it up, I can assure them that it is enjoyable reading with several funny anecdotes.

I am hopeful that many ardent supporters of the chief minister, who enjoys a wide fan base, will read this book with incredulous eyes and realize the truth of his reign.