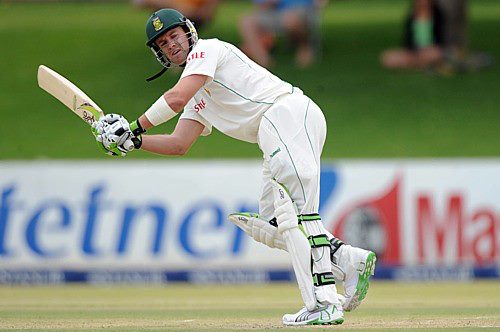 When he was 4 years old, AB de Villiers used to serve drinks to his brothers playing cricket in their backyard.

Master Blaster Sachin Tendulkar wished AB de Villiers and posted on Twitter: “When it comes to unorthodox shots, very few people can ace it like @ABdeVilliers17. Happy birthday Mr. 360°, have a splendid one!.”

2. He was also the captain of South Africa Junior National Rugby team.

4. When he was 4 years old, AB de Villiers used to serve drinks to his brothers playing cricket in their backyard. As a reward, they used to give him a chance to bat.

5. He wanted to be a doctor by profession like his father Dr Abraham P de Villiers. However, it was his father who encouraged him to take up sports. He started playing professional cricket at 18.

6. He is a supporter of Manchester United football club.

8. While his female fans gush over his “always fit” physique, AB de Villiers is a big time foodie. His favourites are pasta and seafood.

9. He is a devout Christian whose favourite book is The Bible. He says his religion influences his approach towards life.