The barracks are one of the last original remaining structures and a unique example of the synthesis of Maratha and Odishan architecture. 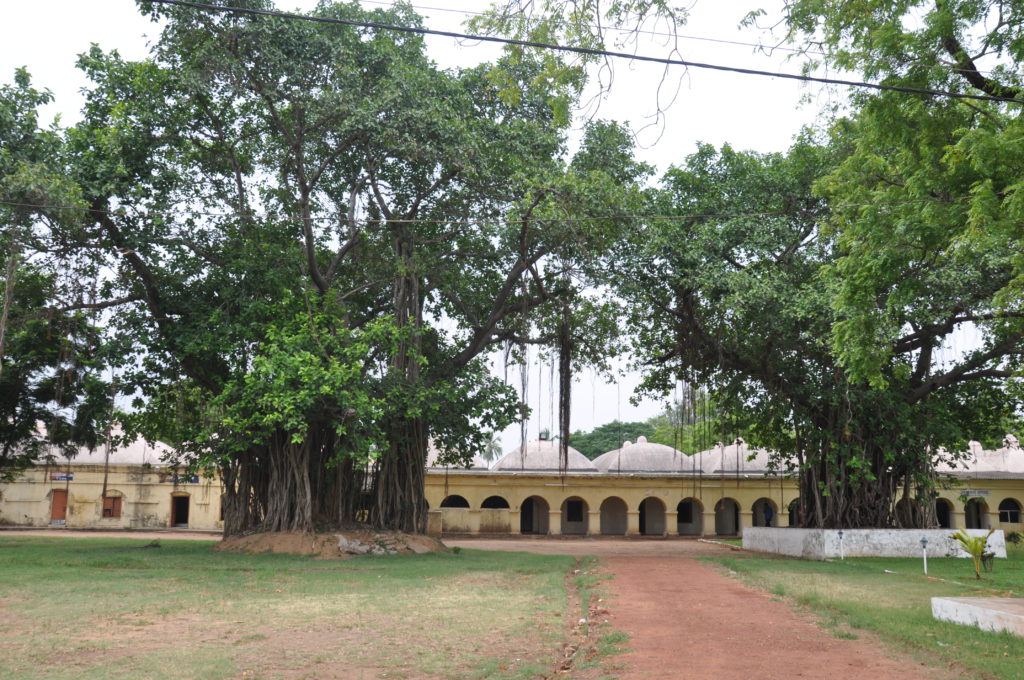 The Maratha Barracks are one of the oldest surviving edifices of Cuttack, one of India’s oldest cities, about which very few are aware of.

Today, they house the 6th Battalion of the Odisha State Armed Police (OSAP), tucked away in one corner of the city.

The Maratha administration of Odisha effectively began from 1751. Raghoji Bhonsle became the master of the territory and a new system of government was put into operation.

They divided the state into two broad political divisions, the Mughalbandi and the Garhjat areas.

The Maratha rule in Orissa (now Odisha) was for a brief period of half a century, however, it had a lasting effect of the socio-economic development.

They introduced proper land records, translated many classical Odia texts, and persuaded many Kings, Queens and rich Zamindars to endow lands to the Jagannath and other temples. Under the Marathas, Odisha enjoyed a simple judicial and revenue system.

The Marathas, being Hindus, repaired and restored the temples that had been destroyed by the Mughals and Afghans.

The worship of Lord Jagannath at Puri received special attention, and a number of villages and lands were assigned to the temple to meet the expenses of the rituals and ceremonies.

The internal stability, peace, and security during the Maratha rule attracted pilgrims from Bengal, Benares, Rajasthan and the Central Provinces to Puri.

This writer who has researched about 1700’s Jagannath Sadak, the old pilgrim road from Calcutta to Puri for Indian National Trust for Art and Cultural Heritage (INTACH), says that it was the Marathas who improved the communication in their territory.

The Jagannath Sadak connected Bengal with Puri and passed through Midnapore, Balasore, Jajpur, and Bhadrak and entered Cuttack.

The road was made into a highway, bridges and ghats were made. The Marathas had built serais, mutts and temples all along the road. They dug wells and ponds for the pilgrims and gave rent-free lands grants to Brahmins.

The Maratha Barracks were built soon after the occupation. Rajaram Pandit started the work in 1775 and it was completed by Sadasiva Rao in 1793.

Spread across a vast patch of forest land on the outskirts of the city, the place was infested by tigers, panthers, snakes and other wildlife. The forest was cleared except for some ancient trees, which are still standing tall.

There were big wells in the compound and underground cells. Separate stables for their horses and elephants, magazines for storing gunpowder, living quarters etc. were made. The barracks housed the artillery, cavalry and infantry forces.

The Marathas had as many as 2,000 soldiers in the barracks. There was a thick wall around with watch towers, none of which now exist.

10 interesting facts about Varanasi everyone should know
Everything you want to know about Sudarsan Pattnaik
10 things to know about Cognizant
6 Indian cities among the world’s fastest growing
Cabinet approves hike in MSP for Copra for 2017 season
Vodafone-Idea merger: 10 facts to know
World Happiness Report 2017: Norway happiest, India a sad country
10 home remedies for headache
10 interesting things you should know about Mahashivratri
10 things citizens expect from India’s 20 smart cities
10 basic rights every Indian must know
10 things you should know about actor Om Puri
14 things you must know about Electronics Voting Machines
10 Indian cities with incredible Holi celebrations
10 simple tips to choose the right hotel
Lesser known facts about Bal Thackeray
Meet Donald Trump, the 45th US President
Things you need to know about Justin Bieber’s trip to India
Study suggests children may inherit obesity from parents
10 things you need to known about ‘Lipstick Under My Burkha’
—————————————————————–

The East India Company was aware of the strategic position of Odisha, situated as the land between their emerging power in Bengal and Madras.

On the 17th December 1803, Raghoji Bhonsle II signed the Treaty of Deogaon and handed over the reins of the province of Cuttack to the East India Company.

After the Maratha forces abandoned the barracks, they were occupied by the Englishmen.

However, the company officials built houses near the Barabati Fort and shifted the troops to the centre of the city.

Dhir says that a race course was made inside the compound and regular Sunday races were held. The few Englishmen in Cuttack even had fox hunts in the place.

The East India Irrigation Company used it while they were working on the canals in the region.

Half a dozen rows of the old barracks were torn down a few years ago because of structural instability. However, one continuous row of 70 rooms still exists and is being used by the OSAP as their headquarters.

There are huge manicured lawns and a parade ground where ceremonial parades are held.

Many of the old louvered doors and windows have been replaced with newer ones, but one can still see the holes in the walls for the punkahs strings that were pulled by the orderlies.

Many of the small alcoves in the walls that were used to keep the lamps have been made over.

Amiya Bhusan Tripathy, the former Director General of Police and convener of INTACH says the Maratha barracks should be converted into a museum.

During his stint as the state’s police chief, a Police museum had been set up in Cuttack with many interesting displays. However, it was soon shut down and has remained closed for years.

The barracks are one of the last original remaining structures and a unique example of the synthesis of Maratha and Odishan architecture.

*Anil Dhir  is a researcher and the head of INTACH Odisha chapter.  Views expressed are personal.