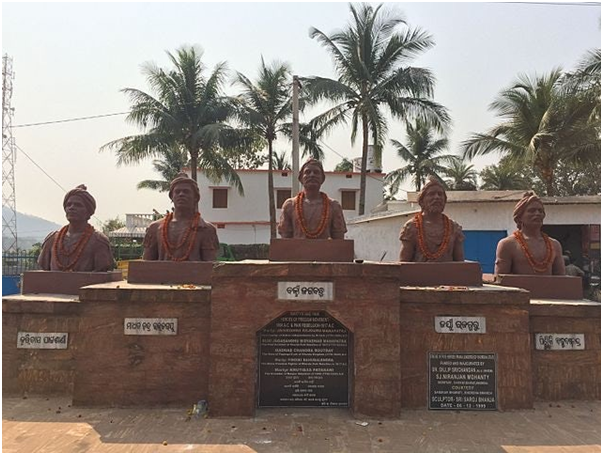 Paika Rebellion in 1817 challenged the British authority and emerged as the torchbearer for the anti-colonial movements in India. 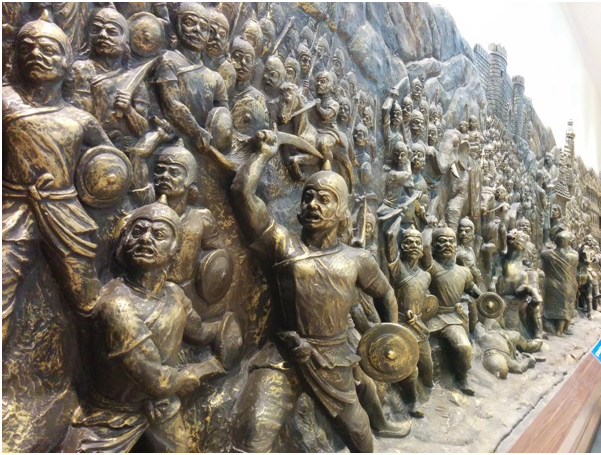 Indian history has bypassed many defining moments and the rebellion in Odisha prior to the formal war of Independence in 1857 is a case in point.

Almost half a century prior to 1857 a brave Odia, Jayee Rajguru was brutally killed by the British in 1806 by tying his legs to opposite branches of a tree after charged him with ‘waging a war against the lawfully established Government of the land.

In fact, Jayee Rajguru emerges as the first martyr in the struggle for Indian independence.

Subsequently, ‘Paika Rebellion’ in 1817 challenged the British authority and emerged as the torchbearer for the anti-colonial movements in Odisha as well as for the entire country.

The ‘Paikas’ were basically performing the roles of policemen during normal peace time and during war warriors for their kings.

They were assigned vast tracts of lands by the kings for their services rendered. They were divided into three categories: ‘praharis’ who were experts in using swords, ‘banuas’ who were excellent marksmen using matchlocks and ‘dhenkias’ who were archers and used to be at the battlefront.

The ‘Paika Rebellion’ started due to social, political and economic reasons prevailing at that time.

The three factors which culminated into the major salvo against the British rule were: 1) Alienation of ‘Paikas’ from their hereditary rent-free lands 2) the introduction of a new currency system (of Silver and Brass) after the abolition of the prevalent ‘kaudi’ (small conch) currency and subsequent economic exploitation and 3) ban on making salt from seawater.

The first factor has been the alienation from ownership of land and dislocation of agrarian settlements which adversely affected all sections of society. As a result, peasants and tribal revolted against the British.

The second cause was associated with the replacing of old currency which created economic upheavals as it created currency crunch.

All sections society had to pay more payment of taxes to government and non-payment led to arbitrary takeover of land and properties.

The third factor has been that in Odisha, salt has been consumed extensively along with ‘Pakhaala’ (watered rice) by everyone and the ban on making salt provided the much-required ignition and worked as a uniting force against the British.

In fact, the protest against British law to ban the making of salt from sea water started in Odisha in 1817 almost 113 years before Mahatma Gandhi’s famous ‘Salt Satyagraha’ in 1930.

The simmering discontents among all sections of society led to the formal rebellion and war between the native Odia Paikas and the British.

The rebellion and war were led by Buxi Jagabandhu, the military commander (Buxi) of Khurda who himself was disposed of his hereditary land and ‘Jagir’.

In fact, Jagabandhu was tricked out of his estate (Jagir) by  K C Singha, a native of Bengal and the scheming and dishonest dewan of the Collector of Puri got possession of the entire Rodang estate through fraudulent means in connivance with the British in 1814.

The dispossession through treachery and the humiliation of Buxi Jagabandhu was also another major cause behind the uprising.

The tribals, namely the ‘Kondhs’ from neighboring Ghumusar literally fought with the British.

Rattled by the rebellion by the Paikas and the Kondhs, the British administrator at Cuttack,  E Impey, sent two platoons of (East India) Company soldiers under Lieutenant Prideaure to Khurda and Lieutenant Faris to Pipli, near Puri on 1 April 1817.

But the Paikas showed their war skill and firebombed both the parties, killing Lieutenant Faris. Impey himself marched towards Khurda town with 60 sepoys but was attacked once again and narrowly escaped.

This heroic episode bears the testimony of exemplary bravery by the Odia Paikas and tribal Kondhs for the cause of their land and people much before the Sepoy Mutiny in 1857.

This is one of the earliest tribal uprisings against the British also. The Paik rebellion was broad based as it included all sections of society including the tribals. This is also the first mass uprising against the mighty British in the Indian subcontinent.

The Paik Rebellion in Odisha literally ignited the uprising against the British in a grand way which inspired other rebellions in other parts of the country leading to the freedom of the country.

*The author analyses policies and can be reached at [email protected]