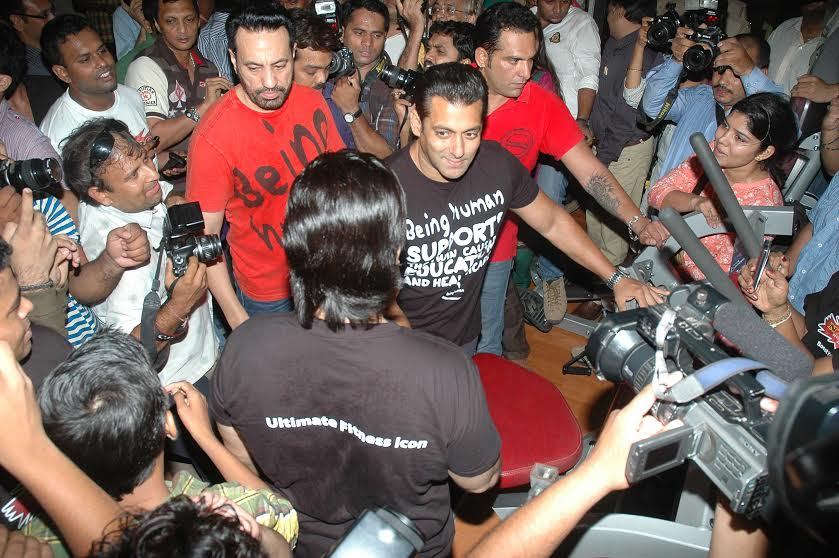 Bollywood superstar Salman Khan was sentenced to 5 years in jail and imposed a fine of Rs. 10,000 for allegedly killing two blackbucks in Kankani village near Rajasthan’s Jodhpur in 1998 during the shooting of his film Hum Saath Saath Hain.

It was the Bishnoi community who, for the past 20 years, had stood firm seeking Salman Khan‘s conviction in the case.

The two eyewitness in the case were two members from the Bishnoi community – Poonamchand Bishnoi and Chhogaram Bishnoi. Their accounts, along with DNA test and forensic reports, were instrumental in ensuring the actor’s conviction.

After a Jodhpur court pronounced the verdict on Thursday (Apr 5), Salman Khan was taken to the Jodhpur Central Jail where he spent the night before his bail hearing came up on Friday (Apr 6).

The superstar finally got bail on Saturday against a personal bail bond of Rs. 50,000 and a Rs. 25,000 surety from two persons each who will be his guarantors.

Salman Khan can’t leave the country without the court’s permission.

His co-accused in the case – actors Tabu, Saif Ali Khan, Sonali Bendre and Neelam – were acquitted in absence of evidence.

Here are some facts you should know about the Bishnoi community and their love for blackbucks:

1. Established as a sect in 1542 AD by Guru Jambheshwar, the Bishnoi community is largely found in the Western Thar Desert and northern states of India.

2. The word “Bishnoi” is derived from Rajasthani for twenty (bish) and nine (noi). Pertinently, the community follows 29 commandments given by Guru Jambheshwar. They are documented in “Shabadwani”, written in Nagri script.

3. Of the 29 rules that the Bishnoi community follows, 10 are about personal hygiene and maintaining good health, 7 tenets are on proper social behaviour, 4 on worshipping God, and, 8 on preserving bio-diversity, encouraging animal husbandry, and banning poaching and cutting of trees.

4. The Bishnoi community largely works for protecting animals and trees and believes in peaceful co-existence.

5. The Bishnoi community makes sure that the firwood they use is devoid of insects so that no harmless life is taken.

6. They don’t wear violet blue since the dye comes from cutting a large quantity of indigo shrubs.

7. The Bishnoi community of Jodhpur considers the blackbuck to be the reincarnation of Guru Jambheshwar.

8. So much is their respect for the blackbuck that the Bishnois can even sacrifice their lives to save these creatures.

9. According to official data, over 17,000 people were arrested in 2016 for various wildlife crimes in Rajasthan due to the intervention of the Bishnoi community.

10. Known for their compassion for animals and nature, the Bishnois are vegetarians and never touch meat.