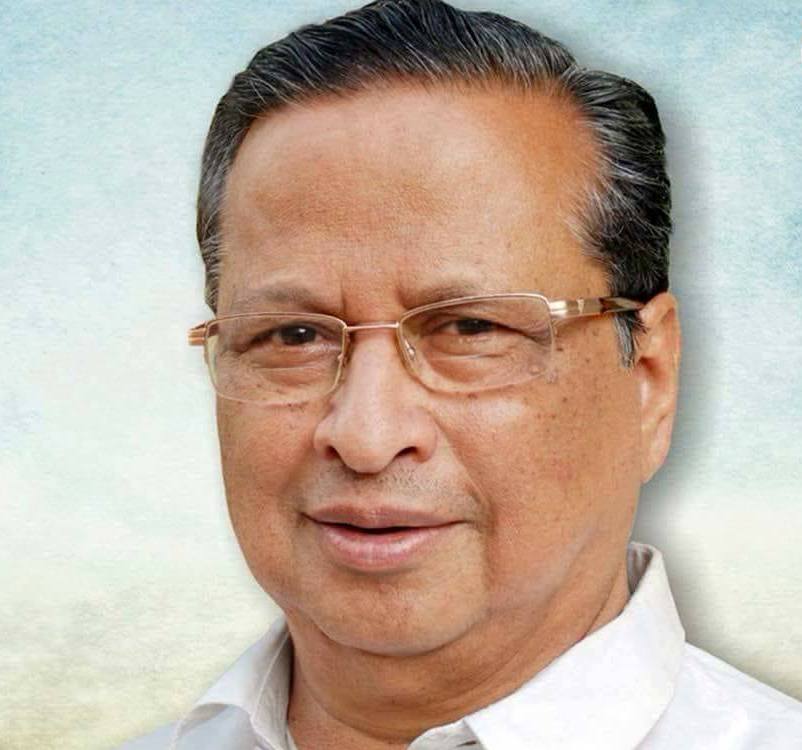 Here are a few things to know about Odisha Congress chief Niranjan Patnaik:

2. This is the second time Niranjan Patnaik took over as OPCC president. Earlier he was served as the party’s state head from June 2011 to May 2013.

3. The Congress removed Niranjan Patnaik and appointed Jayadev Jena to the post. However, the Congress’ position in the state began deteriorating and the party received a major jolt in Odisha in 2014 elections, where Naveen Patnaik’s Biju Janata Dal (BJD) won a landslide victory with 44.1% votes and Congress staggered with a mere 26%.

4. The Congress replaced Jayadev Jena post 2014 elections and Prasad Harichandan was given the charge. But gap within the party widened with those in favour of Niranjan Patnaik’s reappointment, started distancing themselves from Prasad Harichandan.

5. Niranjan Patnaik’s reappointment became imminent after Odisha Panchayat elections 2017, where Bharatiya Janata Party (BJP) emerged as the second largest party after BJD in the state and Congress slipped to the third position.

6. Post 2017 Panchayat polls, party legislators strongly demanded the removal of Prasad Harichandan and bringing Niranjan Patnaik back to the post in an attempt to win a lost battle.

“Rahul Gandhi took the decision respecting the wishes of Congress supporters and people of Odisha. We are a democratic party and we will work to better organization of the party in the state. The challenges and responsibilities given to me are huge,” Niranjan Patnaik told reporters.

8. Niranjan Patnaik, 76,  said Odisha Congress will now emphasise on youth power. The OPCC, under him, will be encouraging new faces and new ideas for the betterment of the party, he said.

9. Asked how he plans to strengthen the party’s position in the state, Niranjan Patnaik said: “I know and accept that the position of the Congress in Odisha is quite weak. But we will work together. I am sure our collaborative efforts, hard work and dedication to serve the people of Odisha will not go unnoticed.”

10. A born Congress worker, as he calls himself, Niranjan Patnaik said Odisha people “punished” the party for being arrogant.

In a Facebook post, he wrote: “We also have to be humble in admitting that people of Odisha punished us in the past because we were found to be too arrogant with power and because there were allegations of corruption as well as the nexus with criminal elements.”

“We have to admit our past follies, ensure that we do not repeat any of them again, repent and go back to people with humility and give them an alternative vision of inclusive growth. The task is difficult, but not impossible,” he said.

11. Calling to end the “monopoly” of BJD in the state, Niranjan Patnaik said: “Odisha has now seen 20 years of rule by a regional party. We have not made the kind of progress that we could have in the last 20 years in terms of our potential or in terms of comparison with other states. BJD has enjoyed a monopoly and established the rule of ‘one person’ entirely because we have not been able to convince the people of the state that we are a viable alternative.”

“Our decline is what has been the cause of BJD’s success. Let us be clear, BJP is no alternative to BJD in Odisha, despite all their sound and fury,: the new Odisha Congress chief said.

13. He was a member of the state cabinet during the early eighties and nineties. He worked as a cabinet minister in the state government led by late J.B.Patnaik, Giridhar Gomang and Hemananda Biswal.