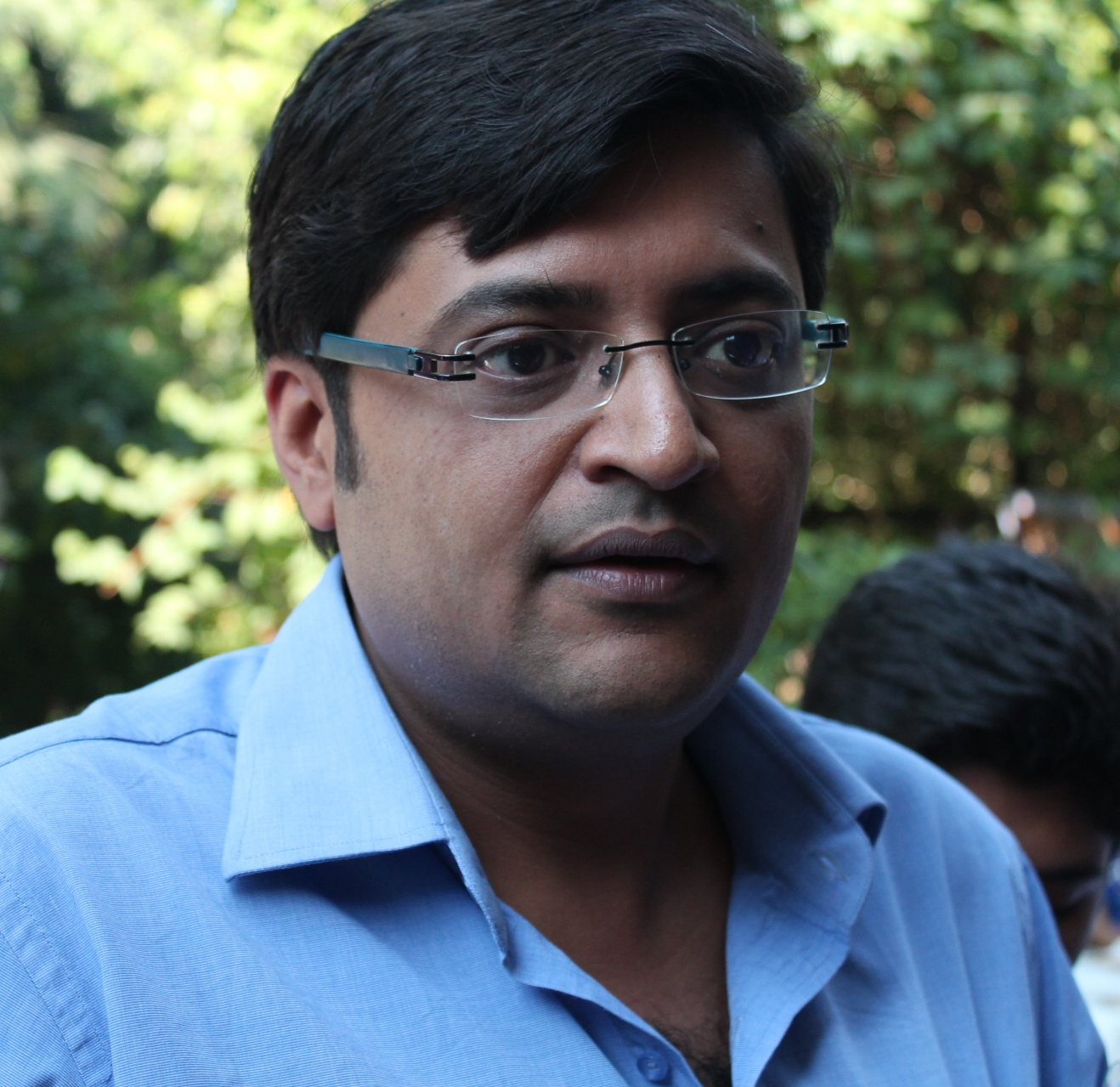 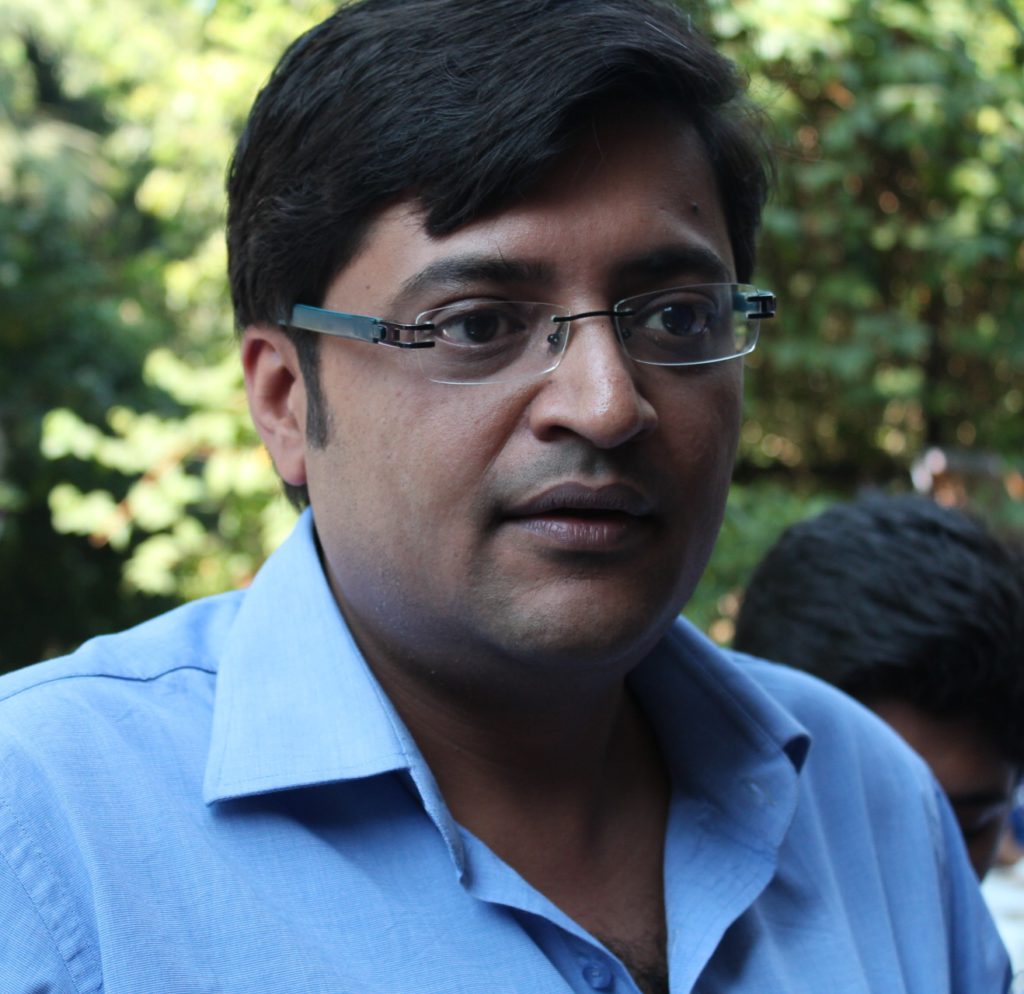 Senior journalist and Republic TV co-founder Arnab Goswami has been booked by the Alibaug Police for allegedly abetting suicide of an interior designer.

Interior designer Anvay Naik, 53, committed suicide by hanging himself at his Alibaug residence on Saturday (May 5). In his suicide note, he named Goswami, IcastX/Skimedia’s Feroz Shaikh and Smartworks’ Neetish Sarda as people responsible for his death.

Naik, owner of Concorde Designs Private Limited, had accused the trio for not paying his dues for the interior designing he did for them, even after repeated pleas.

The police booked Goswami and two others under Indian Penal Code (IPC) Section 306 for abetment of suicide.

In an official statement, the channel said: “Republic TV will take strict legal action against anyone indulging in such false propaganda. Republic TV would like to clarify that it had engaged the services of one Concorde Designs Private Limited sometime in December 2016. All amounts due and payable under the contract were paid by Republic TV to Concorde Designs.”

“The details of payment, including cheque numbers, amounts, dates of payment, related correspondence and documentation are available with Republic TV. All such details and evidence will be given to the appropriate authorities as and when required. Our thoughts and prayers are with Mr Naik’s family,” the statement said.

Here are a few things to know about Republic TV’s Arnab Goswami:

1. Arnab Ranjan Goswami was born on Oct 9, 1973 to an Assamese Brahmin family in Guwahati.

2. Goswami comes from a politically active family. His father Colonel (Retd.) Manoranjan Goswami was a Bharatiya Janata Party (BJP) member and even contested the 1998 Lok Sabha Polls from Guwahati. He was defeated by Congress candidate Bhubaneshwar Kalita.

3. His paternal grandfather Rajani Kanta Goswami was a lawyer and a Congress leader.

His maternal grandfather Gauri Gain was an Asam Sahitya Sabha Award recipient writer, and a Communist, who was the leader of opposition in Assam. His maternal uncle, Siddhartha Bhattacharya, a BJP MLA from Gauhati East constituency, headed the Assam unit of the party till 2015, when Sarbananda Sonowal took over.

4. Goswami got his Bachelor’s (Hons.) Degree in Sociology from the Hindu College in Delhi University.

He completed his Master’s Degree in Social Anthropology from St. Antony’s College, in Oxford University.

5. He started his career as a journalist with The Telegraph newspaper in Kolkata.

7. He started off by anchoring daily newscasts and reporting a programme called News Tonight. Later, in 1998, when promoted to news editor, he became part of NDTV’s core team of programme producers.

8. He was the host of prime time live debate show The Newshour, the longest running news analysis show (1998-2003).

9. As NDTV’s Senior Editor, Goswami took over the overall editorial content of the channel.

10. Goswami’s journey with Times Now started in 2006. He joined the news channel as its editor-in-chief and news anchor of its popular shows The News hour at 9 pm and Frankly Speaking with Arnab.

11. He was the first journalist to interview Narendra Modi in the capacity of Prime Minister, after he took charge of his office in 2014.

12. Goswami resigned from Times Now in 2016 and within six months, he was back with his own news channel Republic TV.

13. He now hosts The Debate with Arnab Goswami and a special program Nation Wants To Know.

14. Goswami is often criticized for his style of TV panel discussion.