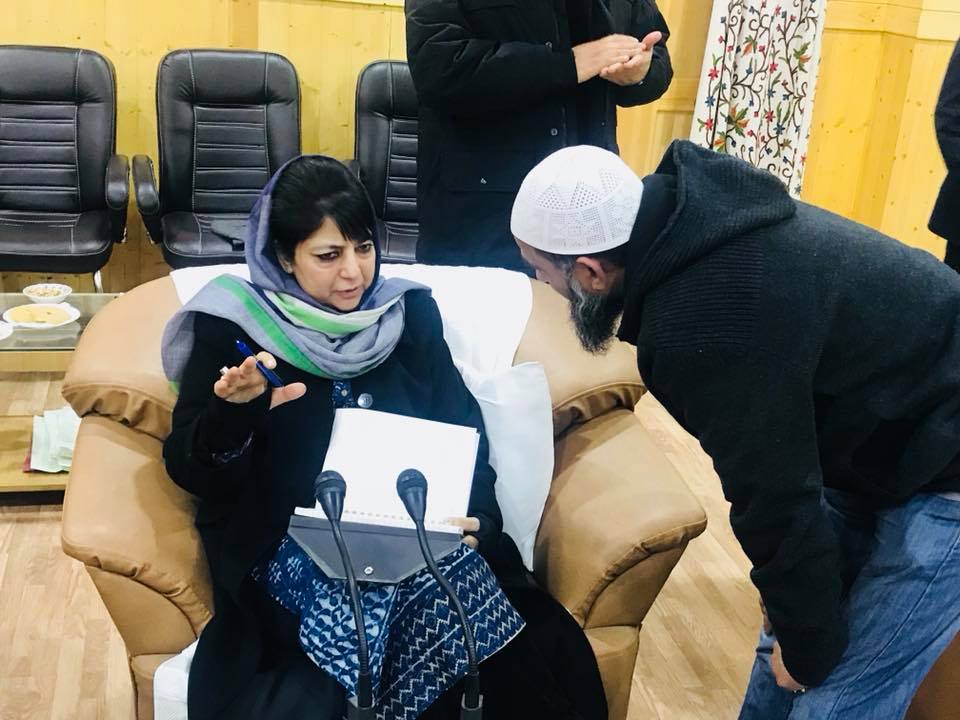 Jammu and Kashmir chief minister Mehbooba Mufti resigned from her post on Tuesday (June 19) after the Bharatiya Janata Party (BJP) snapped its alliance with her People’s Democratic Party (PDP) in the state.

Mufti and her ministers have tendered their resignations to Governor Narinder Nath Vohra.

This major political development comes after the Centre revoked the month-long suspension of a ceasefire in Jammu and Kashmir and the recent killing of senior journalist, Rising Kashmir’s editor Shujaat Bukhari by unidentified assailants.

At a press conference in Delhi, senior BJP leader Ram Madhav told reporters: “It has become impossible for BJP to continue its alliance with the PDP. We feel Governor’s Rule is the need of the hour in Jammu and Kashmir, given the security situation prevailing there.”

2. She is the the Jammu and Kashmir’s first woman chief minister and the second Muslim woman CM of India, the first being Assam’s Syeda Anwara Taimur.

3. Mehbooba Mufti debuted in politics in 1996 and won the Bijbehara constituency on a Congress ticket during the state assembly polls.

4. After her father Mufti Mohammad Sayeed left Congress and formed the PDP in 1999, she had all the support to become the party president. But she stepped aside to let her father lead the party with his experience, while she remained content being the vice-president of PDP.

5. In 1999, Mehbooba Mufti resigned from her assembly seat to contest the parliamentary elections from Srinanagar, where she lost to sitting member Omar Abdullah.

6. In 2002, she again contested the elections and won the Pahalgam constituency defeating Rafi Ahmad Mir of National Conference (NC).

8. After the demise of Mufti Mohammad Sayeed in 2016, Mehbooba Mufti entered an alliance with Prime Minister Narendra Modi’s BJP and took oath as J&K chief minister on April 4 the same year.

9. Her popularity as a mass leader made her win an assembly seat in the 2016 by-election in Anantnag with the highest margin any politician has ever got in recent times in the state.

10. On the personal front, she had a troubled marriage with her father’s cousin Javed Iqbal that ended in a divorce. She is a mother of two daughters – Iitija, who works at the Indian High Commission in London, and Irtiqa, who works in the Hindi film industry.