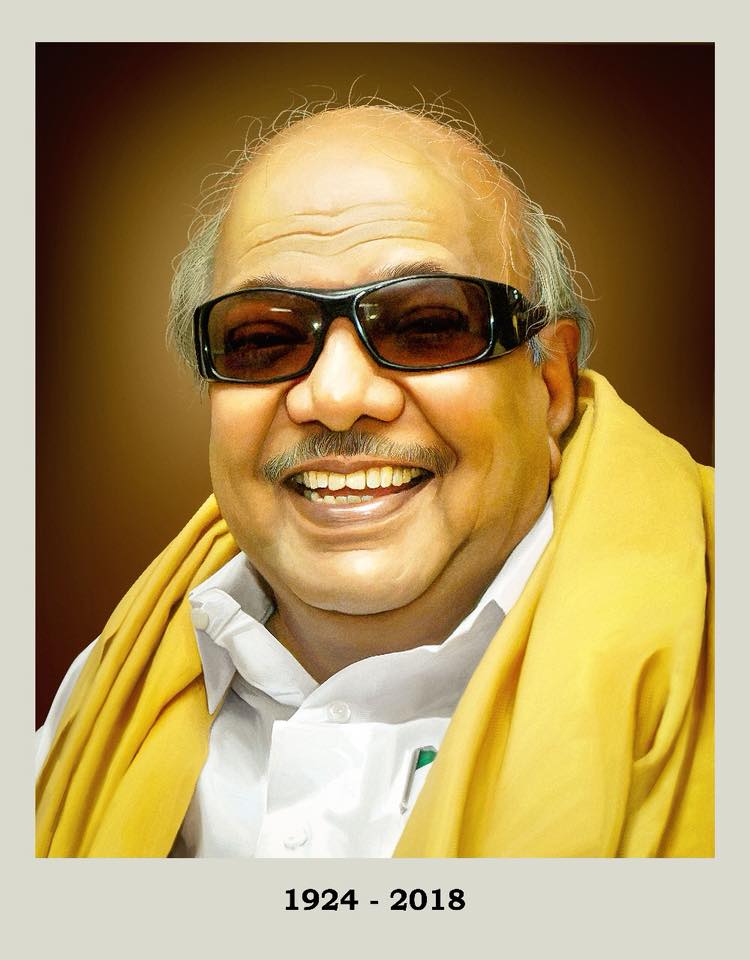 Five-time Tamil Nadu chief minister and Dravida Munnetra Kazhagam (DMK) supremo M Karunanidhi passed away at a hospital in Chennai on Tuesday (Aug 7) evening. He was 94.

Kauvery Hospital Executive Director Dr. Aravindan Selvaraj issued a press release that read: “With deep anguish, we announce the demise of our beloved Kalaignar, Dr. M. Karunanidhi on 07.08.2018 at 06.10 pm. Despite the best possible efforts by our team of doctors and nurses to resuscitate him, he failed to respond.”

Karunanidhi was admitted to the hospital on July 28 with urinary tract infection and high fever.

With his death, ended an era of Dravidian politics.

Prime Minister Narendra Modi tweeted: “Deeply saddened by the passing away of Kalaignar Karunanidhi. He was one of the senior most leaders of India. We have lost a deep-rooted mass leader, prolific thinker, accomplished writer and a stalwart whose life was devoted to the welfare of the poor and the marginalised.”

Here are 10 interesting facts you should know about one of Tamil Nadu’s most senior politicians:

1. Born June 3, 1924, into a poor Isai Vellalar family at Thirukkuvalai village in Tamil Nadu’s Nagapattinam district, Muthuvel Karunanidhi was popularly called Kalaignar (artist) in subsequent years by his supporters for his contributions to Tamil literature in forms of stories, plays, novels, and a multiple-volume memoir.

2. Though his parents Muthuvel and Anjugam had originally named him Dakshinamurthy, he later changed it to Karunanidhi to drop off the Brahminical tinge in his birthname.

6. He entered politics at the age of 14, and was influenced by the ideologies of E.V. Ramasamy (popularly known as Periyar) the founder of Dravida Kazhagam (DK) movement.

7. Karunanidhi contested his first assembly elections in 1957 from Kulithali constituency. Ever since, he did not lose any of the 13 elections he contested in his lifetime.

8. He expelled South Indian superstar and DMK leader M.G. Ramachandran (MGR) in 1972 perceiving threat to his chair by the growing popularity of the latter. MGR floated his own party All India Anna Dravida Munnetra Kazhagam (AIADMK) and later became the Tamil Nadu chief minister.

10. Karunanidhi wrote the script of Parasakthi (1952), which was the debut film of South Indian megastar Sivaji Ganesan. However, he faced protests for portraying Hindu customs and practices in poor light in the film.