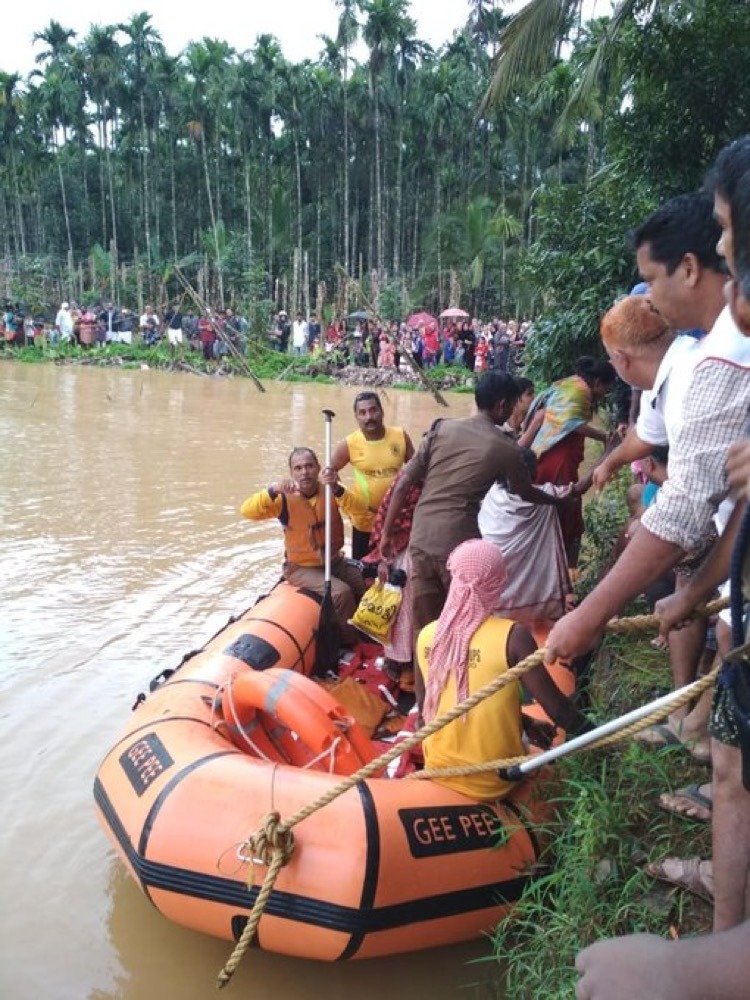 With hundreds killed and lakhs rendered homeless, “God’s own country” Kerala is facing one of the worst floods of the century.

Here is everything you need to know about the Kerala floods:

1. Monsoon hit the state on May 25. But it all started late July 2018, when unprecedented rains started across 14 districts in South Indian state of Kerala.

2. According to latest reports, nearly 400 people lost their lives, while over 8 lakh people were displaced.

3. However, a debate has started whether the Kerala floods could have been avoided. On Aug 8, Kerala received a rainfall of 310 mm in 24 hours. Under the threat of rising water-level, the Kerala authorities took the decision to open all 35 out of the 42 dams. 4. For the first time in history, nearly all dams in Kerala were opened at the same time.

5. Besides, all five overflow gates of the Idukki Dam were opened at the same time after a gap of 26 years.

6. Soon, the roads were submerged in floodwater and obstructed by landslides, shooting a panic among residents, who were forced to flee for their lives.

7. According to The Indian Express, since May 29 a total of 264 people have been killed in incessant rains in a fortnight.

8. While central and northern districts were the worst affected, high alert was issued in 12 out of 14 districts.

10. The Centre released an emergency fund of Rs. 100 crore for relief and rescue operations in Kerala.

11. The India Meteorological Department (IMD) states that from June 1 to August 16, Kerala received cumulative rainfall of 2227.26 mm, an excess of 37.49% rainfall this monsoon.

15. As many as 12 columns of the Army, four Air Force helicopters and five diving teams of the Navy have been deployed in rescue operations. 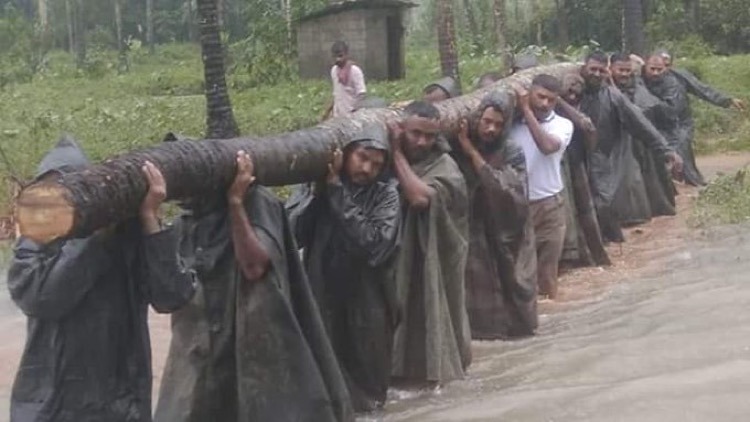 16. While the Army is attending to low-lying areas in Ernakulam, Kottayam, Pathanamthitta, Thrissur and Kannur districts, the Air Force is airlifting stranded people. The NDRF is involved in evacuating people from landslide-prone areas.

17. Around 5,645 relief camps have been set up at government schools, colleges, anganwadis, churches and auditoriums across the state for the homeless people.

18. Food and water are being supplied to these camps by local private organisations and panchayats.

19. The residents at the camps are being provided three meals a day, enough drinking water, hygienic toilet facilities, soap, toothbrush, toothpaste and mats.

20. The inmates can return to their individual houses after formal announcements of receding water in the areas.

21. Operations will remain suspended at Cochin International Airport Limited (CIAL), which is the seventh-busiest airport in India, till Aug 26. Meanwhile Thiruvananthapuram and Kozhikode airports are operating most flights in the state.

22. Rail services were disrupted due to flooding of tracks at several areas in Thiruvananthapuram, Thrissur and near Periyar National Park and Wildlife Sanctuary (PNP).

25. The Kerala government has announced a compensation of Rs. 4 lakh each to the next kin of the dead and Rs. 10 lakh each for those whose homes were completely destroyed in the calamity. An amount of Rs. 3,800 would be given to each inmate of relief camps as emergency compensation.

26. As per the latest report received on Monday (Aug 20), there has been no rain in central Kerala’s Thrissur in the last 24 hours. Displaced people have started returning to their respective homes.

28. Financial help and relief materials are reaching from across the country. Air Marshal B Suresh told NDTV that over 1,000 kg of relief material were dropped from helicopters in and around Chengannur.

29. The red alert was removed from the state on Sunday (Aug 19) as floodwater started receding. Eleven districts are presently on orange alert (signalling preparedness).

30. Chief Justice of India Dipak Misra has announced that all judges of the Supreme Court will contribute toward the Kerala Chief Minister’s Relief Fund.

31. As relief and rescue operations speed up, the Kerala government has announced cancellation of the long Onam holiday. However, officials at Secretariat in Thiruvananthapuram will get a one-day leave on Thiruvonam Day (Aug 25).