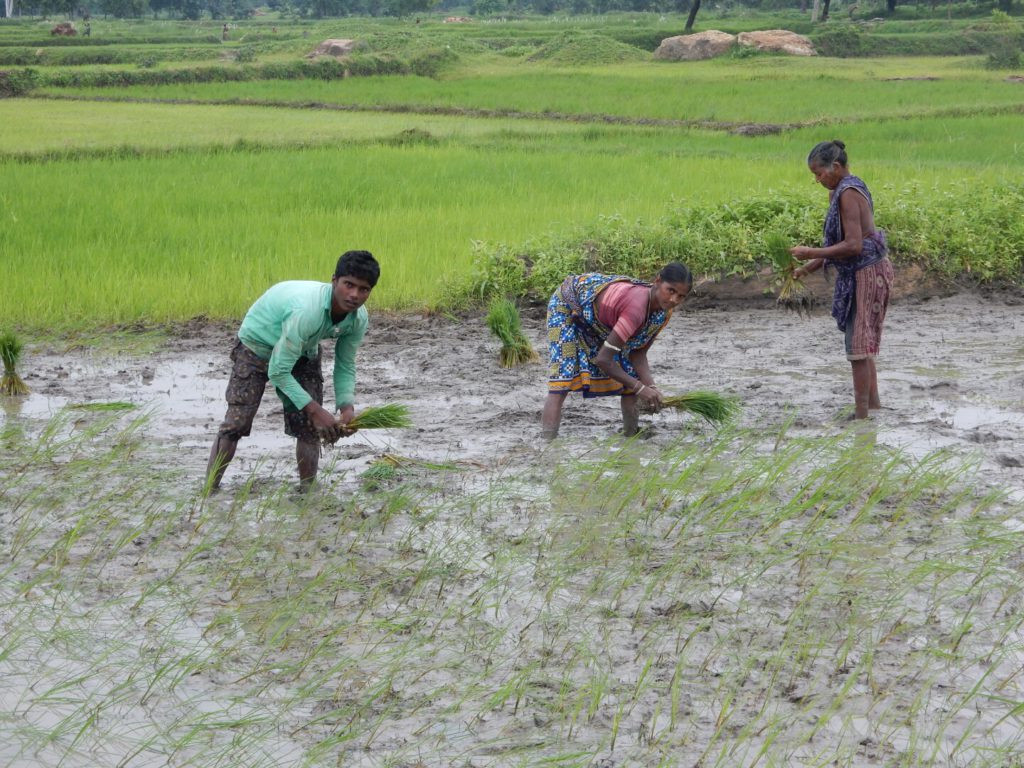 Amid initial reluctance over some clauses attached by NITI Aayog, the state government finally agreed to be part of the latter’s Aspirational District Programme with some riders.

The Aayog has identified state’s eight districts – Koraput, Rayagada, Malkangiri, Kandhamal, Bolangir, Gajapati, Kalahandi and Dhenkanal – as backward ones and started focussing on improving the standard of living of the people here.

However, the farmers of these underdeveloped regions were already in an upbeat mood, prior to be featured in government’s development radar, with their access to the digital platform launched by Reliance Foundation.

They not only obtain technical assistance from the experts on effective method of cultivation to increase their production, the weather forecasts and detailed information on government schemes have proved highly beneficial, said the farmers.

According to Dibyakanta Nayak, State Coordinator, Reliance Foundation Information Services, at present the foundation is expanding its digital operation base to contribute for overall transformation of the aspirational districts.

They include mobile platforms, radio, multi-location audio and video conferences and print media.For instance, the life of Ganesh Chandra Sahoo, a farmer of Karlapita village under Gurjung panchayat in Bhawanipatna block of Kalahandi district took a U-turn since 2014 after he received a call from the IFRS toll-free number.

Being a frequent user of this toll-free helpline services that explain various schemes and connect him with various missions and government departments, Ganesh has managed to burgeon his annual earning.

Earlier a cotton farmer, the 27-year-old now grows pulse (arhar), paddy, peanuts and vegetables on the same patch of farmland. Despite his best efforts, Ganesh could harvest only 10 quintals of cotton from his land which has now upped by additional 5 quintals thanks to RF’s digitization.

At the same time, he also reaps paddy, pulses, peanuts and vegetables along with cotton from the same land. He not only uses the RFIS platform to solve his own problem, shares information such as the exact variety and quantity of pesticide, fertiliser to be used in farming with other farmers of the village.

Similarly, Narayan Nayak (32) of Khaprakhol in Bolangir district maintained that the localised weather forecast issued by the RFIS has been of great help in taking right decisions during cultivation.

He is among the 33,436 farmers of Bolangir district, who get weather-based agro-advisories on their mobile phones. Nayak, who raises cotton, arhar, black and green grams, said the weather-based information has bailed him out from suffering major losses on several occasions.

The instant information he gets on the application of fertilisers and pesticide only increases his grain production.
Thirty-year-old Jagatram Mirdha of Mundamahul under Patnagarh block in Bolangir district stumbled upon the foundation’s toll-free number a few weeks ago.

Mirdha, a fresher in the field of agriculture, has been following the expert advice over the application of pesticide and fertilizer in farming. The advisories related to weather and irrigation too help him a lot, he said.

Chandan Behera (25) of Kamta under Borigumma block is one among the 14,326 farmers of Koraput district, who is getting weather-based agro-advisories on their mobile apps.

He came across the RFIS service just six months ago. Following the expert advice, he successfully controlled the blast disease in his paddy field.

The 48-year-old farmer who cultivates paddy, cotton and vegetable recalled an instance when he repeatedly suffered from wilting disease of chilli despite constant application of pesticides.

However, he came to know about the right variety of pesticide from the experts using the RFIS toll free number and managed to control the pest onslaught.

Apart from farming he is now making profit from selling the saplings of brinjal, tomato, cauliflower and chilli. The expert advises and the knowledge on wheel programme helped him grow healthy saplings.

The instant guidance from the experts ensures the proper growth of paddy saplings. Earlier, they had to travel to Bhawanipatna, about 30 km from Nagupal, to get agricultural management assistance which was not only time-consuming but expensive too.

The knowledge-on-wheels programme launched by the foundation also generates awareness on use of toilet, personal hygiene and consumption of clean drinking water.

Thanks to the awareness programme launched by the foundation, most of the farmers enrolled themselves under crop insurance schemes like Pradhan Mantri Fasal Bima Yojana, got to know about seed selection, seed purification and government incentives linked with seed availability.

The awareness among the farmers is also increasing over registration process with e-NAM, e-Mandi, mandi prices and minimum support price.

The digital platform that has already rejuvenated the agricultural sector is nothing less than a boon for the farming fraternity, acknowledged the farmers.