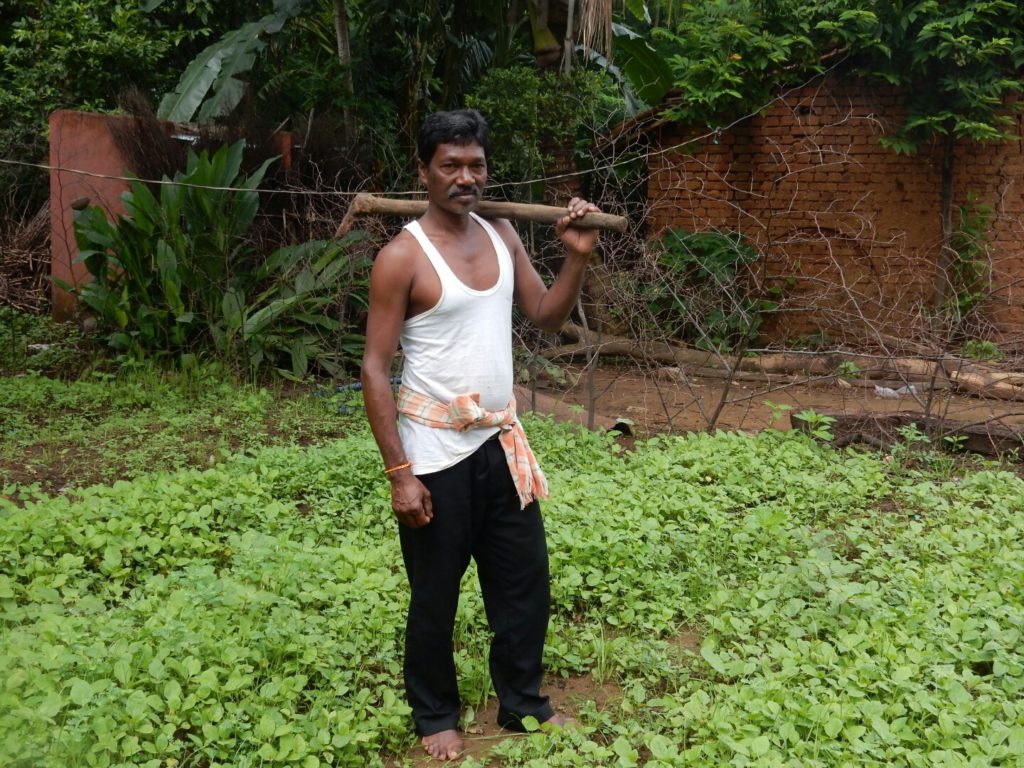 Economic viability of vegetable farming depends on the quality of saplings. However, a host of reasons that include pest attack, disease incidence and natural calamity elude the farmers of good quality seedlings, arrest their growth and cause high mortality rate.

But here is a man who managed to overcome the cons of vegetable cultivation.

Meet Harischandra Sabar of Nagupala village under Keshinga block in Kalahandi district, who not only manages to grow healthy saplings for himself, he also caters to the needs of his fellow villagers and those from neighbouring villages.

The fortune of this 48-year-old farmer took a positive turn after he received a phone call from the Reliance Foundation Information Services (RFIS) on his mobile about a year back. “Farmers in our region used to suffer massive crop loss and I was no different.

The low rate of survival of vegetable saplings was attributed to untimely wilting and pest attack. But regular inputs from the experts through RFIS made all the difference,” acknowledged Sabar.

“It was a revelation for me when I learnt from RFIS experts that absence of seed treatment causes wilting of brinjal saplings.

I religiously followed their advice to purify the seeds and applied recommended fertilisers. Wilting of the saplings or similar diseases is no more an issue these days.”

At present, Sabar is growing at least five sapling varieties that include tomato, brinjal, cabbage, cauliflower and chilli. Apart from selling healthy saplings to the co-farmers, Sabar also cultivates paddy, cotton and arhar.

After meeting the annual food requirement of his family, he manages to make good profit by selling cotton and surplus food grains and pulses.

Sabar generates an annual earning of Rs 70,000 only from sale of seedlings. As much income comes from selling of cotton and pulses, claimed the ‘enlightened’ farmer who cultivates a total of 3.5 acres of land.

The agri-entrepreneur proudly says, “I prefer vermicompost and organic pesticides over chemical fertilizer.” For irrigation, Sabar has dug up a well on his farmland availing the facilities offered by the government. Acknowledging the role of RFIS in his steady growth, Sabar said instant information on the use of proper pesticides and fertilisers is now just a call away while the weather advisories issued by the RFIS have been of great help for the farmers like him.

“Earlier, we had to travel all the way to Bhawanipatna, about 30 km from our village and meet the Welfare Extension Officer or the authorities concerned for guidance. But now all the information is on our fingertips,” he added.

It had never been so easy to know the details of crop insurance, minimum support price, availability of crop loan, fertilizer and pesticide, Shabar pointed out.