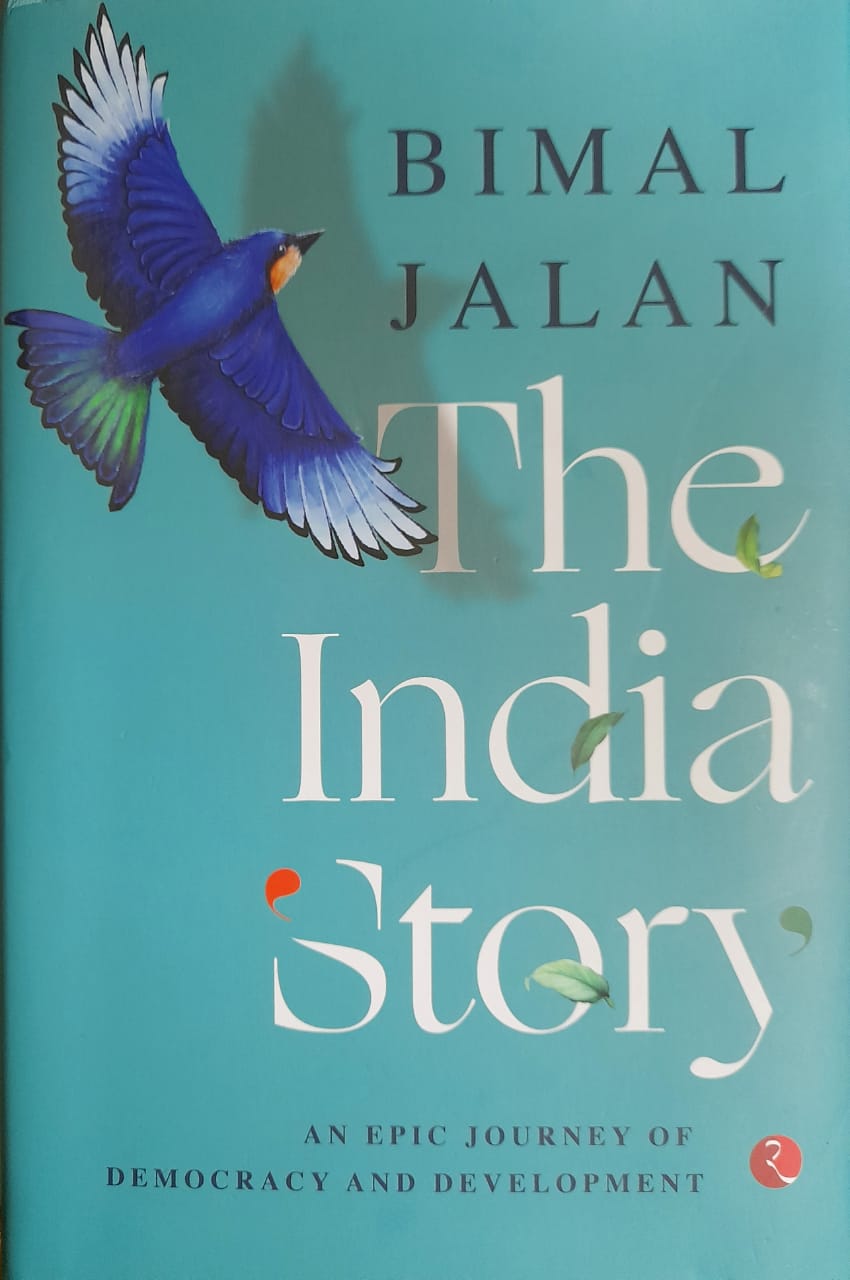 The Economic Reforms initiated under the Structural Adjustment Programmes
[SAP] in 1991 happens to be the most defining moment for the Indian State.

The liberal democratic Indian State started a new journey. It can be said that the
trajectory of Indian State scripted a new chapter on democracy and development.

Bimal Jalan, the former Governor of Reserve Bank of India has brought out this new
book entitled ‘ The India Story’ at a crucial moment when the economy is on a rapid recovery process with the backdrop of unprecedented pandemic.

The author recounts the experiences of India over the years which can contribute significantly to the contemporary debate about India’s approach to its economic and political reforms in the 21 st century.

The story of reforms in India has been very interesting as it handles the issues of
democracy and development.

For a common man and person keeping interest in the interface of reforms with a democracy and development has been a crucial issue.

India has been a democratic and welfare country as well.

Bimal Jalan has the raised this issues in his previous books like ‘ India: Then and Now: An insider’s account’[2020]; ‘’Politics trumps economics: the Interfaceof Economics and Politics in Contemporary India’’ etc.

THE BOOK SCHEME
The book begins with the insider’s perspective on India’s economic past.

Then the author Bimal Jalan divides the book of 194 pages into two parts namely Section I
and Section II.

The Section I is entitled as ‘Learning from our Economic Past’ and consists of 100
pages and is divided into 7 chapters.

The author takes the reader on a historical
overview of various crucial economic events and issues right after independence and
through the 60s,70s and 80s.

Subsequently, the author brings in the ned for the economic reforms initiated in 1991.The very first two chapters deals with the BoP [Balance of Payment] crisis in 1991 and the need for a new strategy.

The author clearly recognizes the presence of ‘ International Economic Architecture’
which India can not afford to overlook.

In the last chapter entitled ‘Finance and
Development: A shifting Paradigm’ in the Section I, the author Bimal Jalan lists out

2
the lessons learnt from the Asian crisis and India’s experience in financial reforms
and asks for a prioritization of management of the financial system in future.

The beauty of the book lies in making a synergy between economic reforms and
political reforms.

The author has made the Section II which is entitled as ‘ Beyond the metrics of the Economy’ to focus on other metrics which have a bearing on the economic growth of the country.

The other metrics according to the author Bimal Jalan are political and governance reforms. These two metrics has the potential to‘.how well an economy progresses and how well the economic progress gets
translated into social equalities’ [page xi]
The Section II has got 5 chapters spanning over 70 pages discussing the reforms with
respect to Role of Parliament; the executive and the judiciary and the Section II ends
with a specific chapter on ‘ A definite Agenda for Political Reforms’.

It is a coincidence that in the month of August 2021,the Indian State has been made to undertake a major political reform with intervention from an active judiciary on the
issue of criminalization of politics.

Being an economist, the author has successfully drawn the attention to prioritization of reform related issues like state funding of election; role of small parties in government; ministerial responsibility; legal and judicial reforms etc
LAST WORDS
The book by Bimal Jalan is devoid of overdoses of economics and dry narration of
economic issues.

Rather, the author is successful in making a narrative with simple yet interesting discussion.

The book deals with both economic reforms and political reforms which can not be discussed in isolation.

However, a curious reader certainly looks forward to more discussion on issues like taking the benefits of reforms to the
doors steps of common men; nature of welfare State in India; labour laws reforms
and issue of poverty etc.