The Chief Minister in his speech Thursday said that the project would be one of the largest Chlor-Alkali manufacturing projects in the country which could generate employment for 2400 people besides attracting other states towards the coastal state.

He also said that Grasim Industries would be using advanced German technologies to address the problems of contamination of underground water, and going to include a recycling plant with zero liquid discharge facility.

Speaking on the occasion Kumar Mangalam Birla, Chairman of Aditya Birla Group, lauded the Andhra government’s approach in setting up industries and thanked the CM for his contributions on this count. He stated that it was the eighth Chlor-Alkali plant in the country, which is expected to strengthen the East-West corridor.

The CM meanwhile said that the state government had already enacted a legislation paving the way for employing 75 percent of the local communities living nearby in this project. The project belongs to the Aditya Birla group. 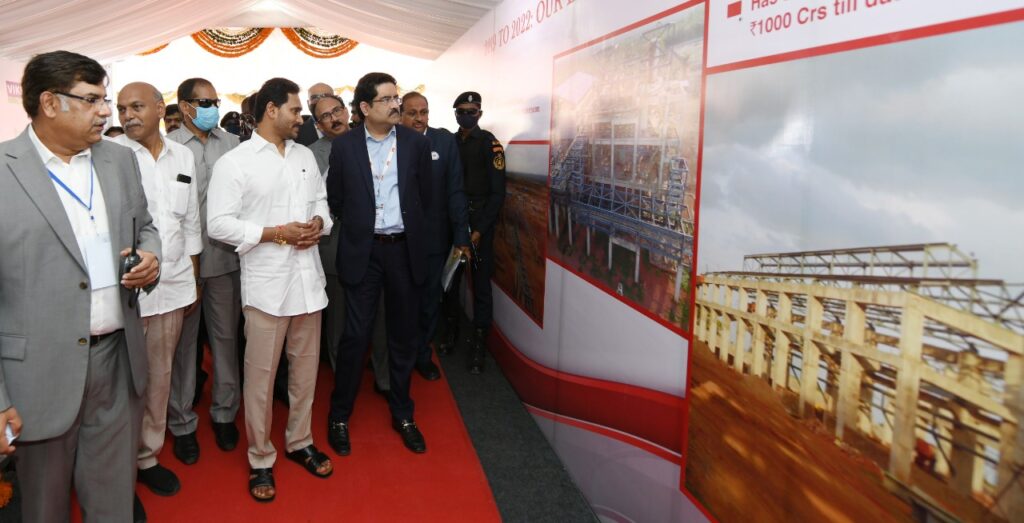 Recalling the hurdles in the establishment of the unit, the CM said that the previous government had sanctioned the project just two months before the elections without resolving any of the ground level problems or addressing people’s concerns.

After coming to power, Reddy said his government took corrective measures to resolve the issue. He stated that the government withdrew the proposal of setting up a captive thermal plant. Earlier the CM had visited the plant along with Aditya Birla Group Chairman Kumar Mangalam Birla.

He announced that the government would also be withdrawing the cases filed against the 131 protesters who opposed the establishment of the plant due to pollution concerns.