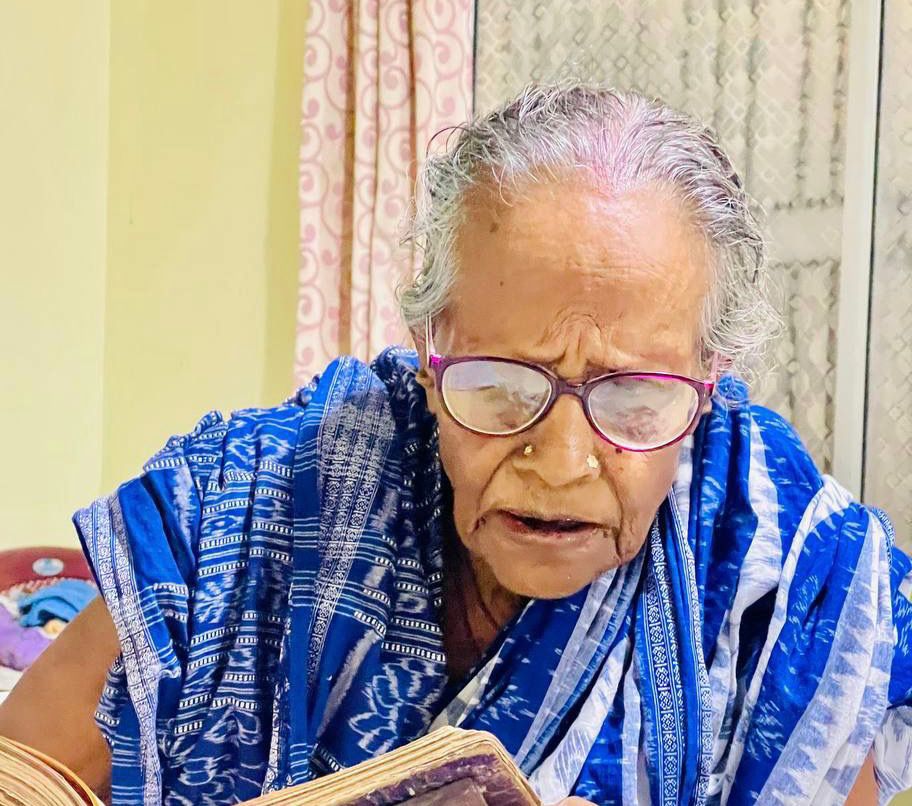 One is faced with life’s greatest dilemma at the loss of dear ones, that too when the departure happens all of a sudden and without notice. We get baffled with the conundrum like life after death, transmigration of soul, connections beyond earthly existence, purpose of life etc.

Even though dance of death happens around us, only in the case of near and dear ones, we probe deeper into the events post and prior to death to understand if any signal was conveyed before someone departed.

We are exposed to many religious, philosophical explanations on these significant issues.

Some of the books that I have read like, (1) Dying To be Me by Anita Moorjani (2) Many Lives Many Masters by Dr. Brian Weiss (3) Spirits I Have Known by Ishita Roy Chakraverti and many more have left great impressions on me telling that we are all ageless travellers.

We have long past and vast future but a very short present. Like many others I have always been wondering and probing.

My native village is about five hours drive from Bhubaneswar. I reached there on 5th March this year wishing to see my parents and attend a village Puja, the next day.

However, as soon as I reached my village, my octogenarian mother unusually insisted that she be taken to the hospital in Bhubaneswar immediately, hardly giving any time to me to take rest after a long road journey.

Though she was not in the best of her health for some time, I was taken aback to see how badly she demanded it showing as if she was under some great fear.

I made arrangements and brought her along and got admitted in the city hospital in the night.

During the period she was in the hospital till 8th March, she underwent few tests and was administered medication she was used to for several months.

According to the doctor, her parameters were good which did not need prolonged hospitalisation.

She was familiar with the doctor and staff of the hospital as she had been there several times before.

She would talk to them on very fond and familiar tone and would recollect about her earlier visits.

The unusual behaviour, we noticed this time was that suddenly she would go out of sync with the context and talk about unrelated topics.

When asked, the Doctor said it was due to temporary loss of memory, a symptom of old age.

Before coming to hospital, she had made all arrangements for creation of idols by using clay over rice-straw frame by the village artisans for worship of Goddess Basanti during the forthcoming Nav Ratra, which she had been performing for last few years.

While conversing with my elder sister over phone from the hospital bed, she started telling and stressing on her statement that this year Worship won’t take place like last year.

Though restrictions due to Covid had been lifted, her sudden utterance looked as if Government was not allowing such worship this year too.

She was discharged from the hospital on 8th March. She stayed in Bhubaneswar till 11th morning.

She wanted to be sent to the village immediately and showed her irritation on account of delay.

Her out of context utterances continued though we took it lightly. On one occasion, she admonished me stating that I had a very clean house. It is in my best interest if I do not stray. Home is the place where lies peace and virtue. While saying so she appeared emotionless like a wise monk; as if she knew everything about me, my secrets.

My mother was like my guardian angel, who was over protective. She had made her best efforts to nourish me, keep me happy and inspire me for a greater purpose in life since my birth.

I did not like her rudeness and felt as to why was she reprimanding me all of a sudden.
As per her wish, we had to make arrangements to send her off on 11th.

While she was leaving, I was prompted from within to prostrate before her for seeking her blessings as we often do before a Goddess. This I had never done earlier.

While I was escorting her to the car holding her hand, I said “let me come down to see you off.” She replied sharply while taking position in the car that “you have come to bid me farewell.” Though I was taken aback at her statement, I didn’t give much importance.

She was very happy to be back in the village where my father also stays. She had her routine activities.

Early from the morning on 19th March, she spent a lot of time moving around in the village, visiting them she knew closely, for several hours. She walked so much that her legs got swollen.

It was a hot and sultry day. She was found saying that it was becoming too hot and it would be difficult to remain alive.

A day before, she had asked my father not to allow me take her body upon death to the holy town of Puri, which I would be insisting, and rather she desired to be cremated in her own land in the village.

She was foretelling about her death and pointed to a tree to be felled to prepare wood required for cremation as per our customs.

After returning to the village, she started giving away her belongings like new Sarees, money, even jewellery to people who she thought needed those.

Looking at her uncanny behaviour, my father locked her belongings in a suitcase and kept the key with him.

It was the day of Holi celebration. In the evening, she felt little unwell and was taken to a nearby Community Health Centre, where she normally used to go for simple ailments.

From the descriptions, I got from those accompanying her, there was nothing alarming in her symptoms. She had overcome far more critical health issues in the past.

The treating doctor there was like a son to her who always took great care.

But I got a bad news after an hour that though she walked from the car to a hospital bed, she breathed her last while the doctor was preparing her for an injection.

Throughout her life she had passed through many critical situations.

She had faced murderous attacks, several humiliations on account of dispute on the land matters for over four decades, undergone prolonged hospitalisation following an attack by a wild bull.

She toiled hard to keep the family alive through chilling poverty.

She had sacrificed her entire life as she had to shoulder several responsibilities since she was barely eight years old, when she was married off.

Not a single day had passed when she had not read from the pages of Holy Scriptures like Mahabharata, Brahma Baibarta Paraná, Bhagavat and several others.

Being a true Vaishnovite, she did not harm others though she had been on the receiving end. She lived a life high morality.

While in Bhubaneswar, she telling over phone to my elder sister that she would be leaving next day early in the morning. We cremated her in the wee hours on 20th March. I wonder if she was foretelling about this timing too!

I had listened to her words carefully during the time I had spent with her from 5th till 11th March. Now I correlate. Those sentences were unusual.

Those cannot be due to temporary loss of memory as doctor would like to say. Those were signals from somewhere about the imminent departure of a divine soul.