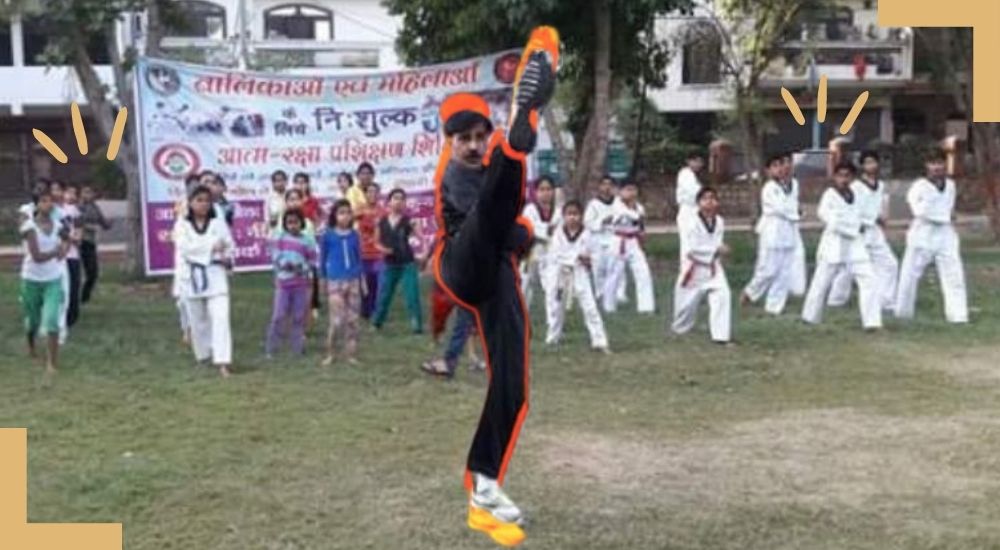 On entering the taekwondo academy during a class, the sight of two little girls practising with an unbelievable level of perfection – at such a young age – surprised me.

It raised my curiosity about their guru, Manoj Shivhare, 48, the man behind this martial arts academy in the Morena district of Madya Pradesh.

As he told me his story I found him to be quite an exceptional person.

Minimum pay, maximum passion
Manoj teaches at a school with minimum pay as he charges very little for his classes. But he said it was satisfactory for his family, even though it didn’t seem that way to me. He has travelled worldwide while competing as a taekwondo blackbelt holder, which is evident from his office walls adorned with medals and certificates.

He has a progressive and scientific attitude towards his wife, his children and his students. He supports innovative teaching methods over orthodox ones, believing that the whole responsibility to understand and learn the content is not left with the child alone but also on himself.

Progressive approach to life and teaching
Manoj seemed to be active enough to unlearn, relearn and redesign his teaching methods based on the children’s feedback.

The pedagogy used by Manoj is similar to strategies followed by more prominent organisations. This makes his efforts even more astounding as he has had no formal training, never mind that he comes from a conservative community.

All that he has learned has been from sheer experience.

Kicking against social barriers
The academy is a boon to the villagers, especially for girls from the Bedia community who would have otherwise become subject to patriarchy. 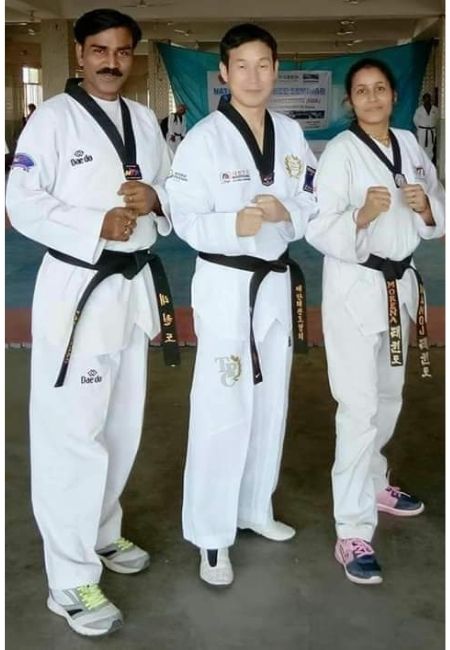 Manoj unlearns, relearns and redesigns his teaching methods based on children’s feedback (Photo by Shashvi Thakur)
They would be left to live the vicious cycle of either marriage or prostitution or, in some cases, both.

Manoj’s teaching has not only guided these young girls in learning a new skill – which has concentration, discipline and self-defence at its core – but also by opening up their choices.

He even trained his wife in this ‘life saving’ martial art.

I could see the morals and values that he stood up for reflected in his children’s conduct.

Committed to change within his community
Manoj and his family have frequently faced strong resistance from others within the community who see his work as a threat to their culture.

But even as his family faced challenges to their social security, Manoj chose to stay within the community – to bring change from within. Even given the chance to work outside Morena where he would be paid higher wages for his skills, Manoj has chosen to stay put.

Manoj and his family face strong resistance from the local community who see his work as a threat to their culture (Photo by Shashvi Thakur)
He attributes his strength to his wife for standing beside him. This was especially brought out during the pandemic when she had to manage the house with no ration coming in for days.

There have been many moments when the community let him down or not supported him, but he never takes it out on their children and continues to do his selfless work.

Unfortunately, the community does not recognise the effort he puts in to teach his students and makes himself available to them.

It feels as though Manoj’s students are the only people aware of the change his efforts bring to their lives and the unimaginable possibilities which he has helped open up.

This article first appeared in Villagesquare.in.