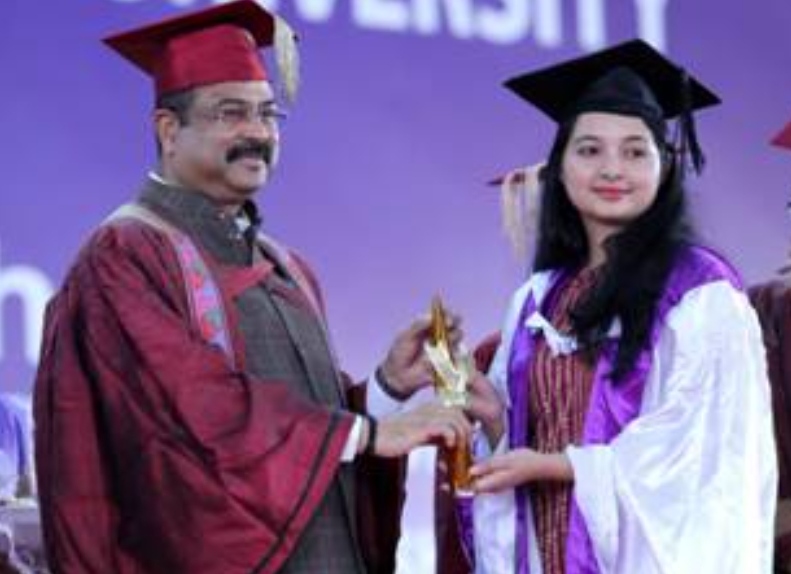 Union Minister for Education, Skill Development and Entrepreneurship Shri Dharmendra Pradhan today attended the XXVII Convocation of the North Eastern Hill University (NEHU), Meghalaya as the Chief Guest and conferred degrees to the passing out students for 2020 and 2021 at the ceremony held in the Shillong campus.

Shri Pradhan congratulated all the passing out students and extended his best wishes for their bright future ahead.

He urged them to bring in the change in the society by participating in the knowledge-based revolution to become job providers.

Our universities are melting pot of ideas, innovation and aspirations and universities should be a breeding ground for research— research for welfare of society & mankind and for furthering ease-of-living, he added. 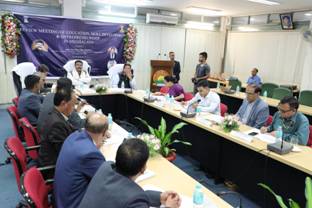 The Minister highlighted that NEP 2020 is a transformative pathway for all of us in creating global citizens.

The National Education Policy focuses on universalisation of early childhood care & education and also emphasises on learning in all Indian languages.

He thanked Prime Minister Shri Narendra Modi for reiterating the importance of all Indian languages. No language is less than the other, he added.

Shri Pradhan complimented Chief Minister Shri Conrad Sangma for giving special focus on early childhood care and education in the state of Meghalaya in line with the NEP 2020. This will ensure that our children live up to their full potential.

Shri Pradhan said that as we celebrate the Amrit Mahotsav, our youth should also shift their focus from rights to responsibilities.

Walking on the path of duties, we have to take our country to new heights in the next decade, he added. He encouraged to create a strong alumni network.

Let us give back either materially or intellectually to our schools & universities and also take responsibility of our state, country and humanity. There’s never been a better time to give back, he added.

Meghalaya Chief Minister Shri Conrad Sangma,who attended the event along with the Union Minister, urged the passing out students to explore and take calculative risks in life in order to reach the next level. 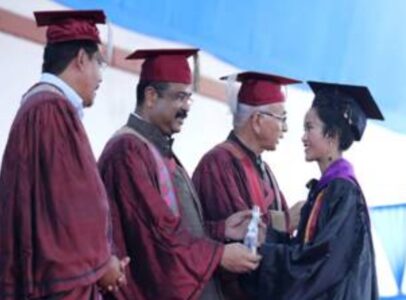 Do not get demoralized by failure and do not let success get on to your head,” said the Chief Minister to the students. 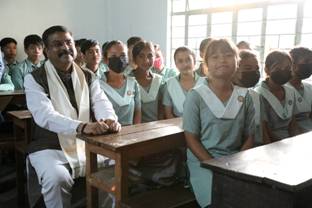 The Minister was happy to learn that Meghalaya is implementing the NEP in letter & spirit across spheres.

He said that progressive state like, Meghalaya must also lead efforts for establishing the national digital infrastructure, especially student registration portal as a part of the NDEAR and also bring its institutions under the NIRF & NAAC framework. 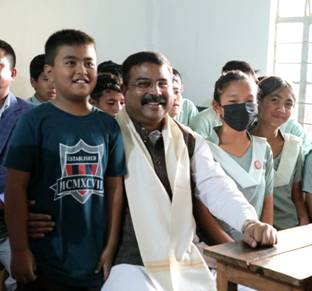 He also suggested that NEHU should act as a knowledge partner for institutions across the state, especially in imparting skill development in frontier areas.

Education Ministry of India will extend all support to make Meghalaya a model state in education and entrepreneurship.

Later in the day, Shri Pradhan visited Umsning Presbyterian school. He said Neuro-surgeon,pilot, engineer, soccer player,musician— ambitions & aspirations of future leaders from this school in Ri Bhoi district of Meghalaya will reaffirm the faith that India is going to become a knowledge society.