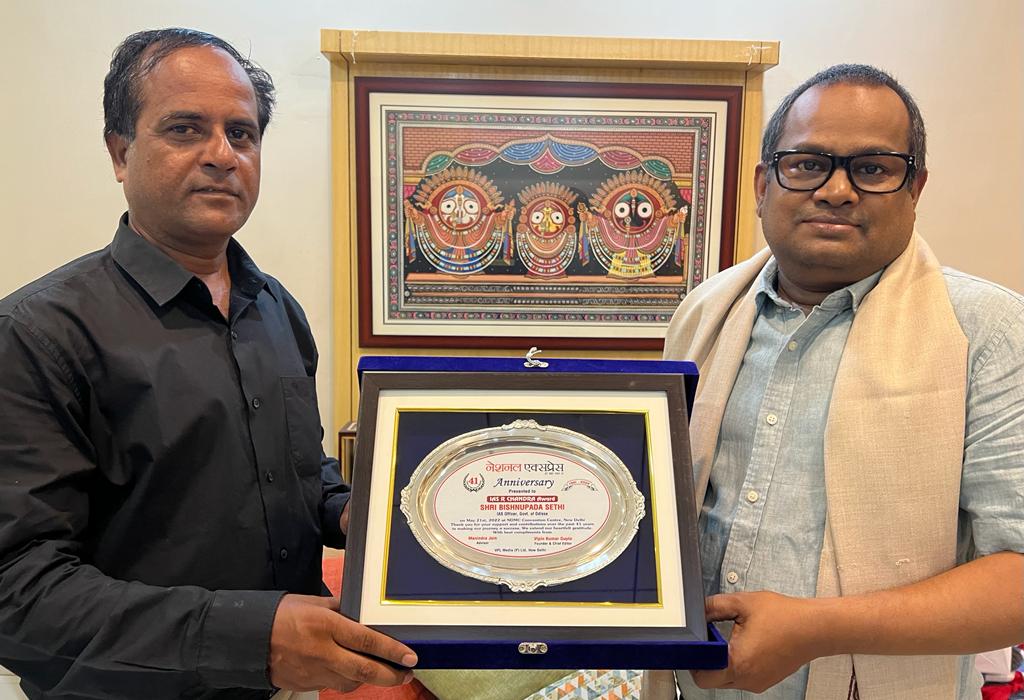 New Delhi: Odisha-based IAS officer Bishnupada Sethi today was awarded by the National Express, one of the leading Hindi language newspapers of the country for his services rendered in this state.

He was awarded in an event organised in the national capital by the newspaper.

Sethi has been conferred the R Chandra Karmyogi award by the media organization for his works done for the public during his stint in the state in different positions including his works towards rescue and rehabilitation when cyclone Fani created havoc in the state.

Sethi worked as the Special Relief Commissioner (SRC) in the state during that period and was credited for timely government intervention despite challenges galore.

The 1995-batch IAS officer was credited to have rescued 10 lakh people as a precautionary measure before the cyclonic storm hit the coasts of Puri which ensured the least human casualty.

During his tenure as Collector of three districts–Sonepur , Nuapada and Raygada, he worked tirelessly for the public interest and implemented both central and state welfare schemes successfully at the grass root levels.

As a result, lakhs of the targeted people benefited that ameliorated their economic and social position. As a Collector, Sethi was known to connect with the poor and downtrodden and bring them to the mainstream of society.

He was earlier honored by the President of India and also received several national and international awards for his great service to the public cause.