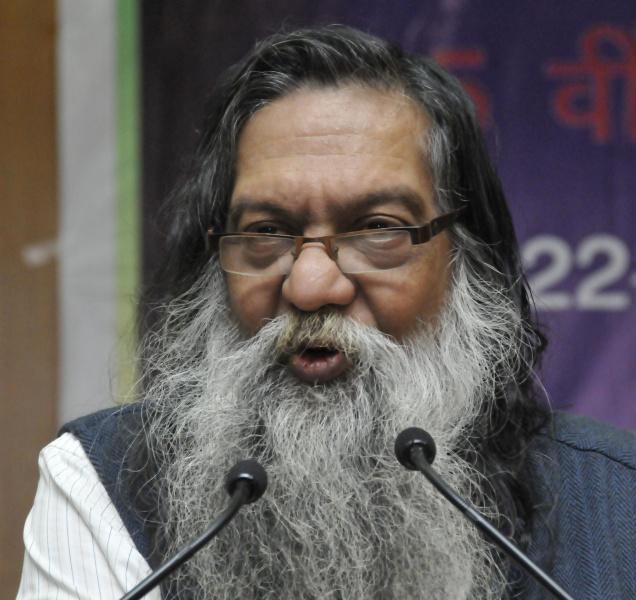 September 2008.Bangalore was almost into an enhanced hustle-bustle as Dasahara festival was around the corner.

So does the campus of prestigious National Law School of India University in Bangalore. After taking my regular class for the undergraduates in the university I was heading for the library in the campus.

After reaching the library I came across the small notification about a lecture on Agrarian issues in Indian economy by Prof Abhijeet Sen, Professor of Economics and Member, Planning Commission at the neighboring ISEC next day.

With much delight and enthusiasm I reached the ISEC campus the same day and after dinner I went to the guest house.Though it was little late in evening , I knocked his door and Prof Sen himself opened the door with his characteristic smile.

Before that I had never met him though I had trended some of his lectures. When I introduced myself Prof Sen said” ohh…you had your education in Centre for Political Science in JNU …so, how come I am your teacher?”

I said “Sir, JNU has a great tradition of inter-disciplinary studies and I used to attend your informative, insightful lectures without your permission…””
Then came a gentle laughter from Abhijit Sen by putting his hand over his long beard .

By extending courtesy he let me in his room and offered chair and asked what are the write ups I have written. Diligently, I showed some of my writings which he appreciated.

Then he enquired in great details about the courses that I used to offer at the NLSIU. Prof Abhijit Sen explained me many finer aspects of political philosophy.

I was simply bowled over the tremendous and independent knowledge of political philosophy of Economist Prof Abhijit Sen.

Before taking leave , I mustered courage to request Prof Abhijit Sen for visit to NLSIU next day. Once again, Prof Sen started rolling his hand over his long beard and hair and said” ” See…since early morning tommorow my schedule is packed..yet I will find out few minutes and drop into your prestigious university…come early morning and take me there..”

It was nothing less than a much sought after blessing for me.

Next day after I accompanied Prof Abhijit Sen to the campus of NLSIU wherein he met the then Vice-Chancellor Prof A.Jaygovind and visited the library.

During his visit to NLSIU, Prof Abhijit Sen had ensured that no protocol be maintained though he was the Member of Planning Commission with a status of Minister of State of Governemnt of India.
Prof Abhijit Sen was quiteeseential great teacher , a sensitive Economist having concern for the common man and wonderful human being with a broad heart.

In public policy formulation, Prof Abhijit Sen’s seminal contributions like introduction of Public Distribution Suytem for Rice and Wheat for all consumers all across the country will be remembered for ever which ensured food security for all.

Prof Abhijit Sen had pursued Economics after studying physics and earned his PhD in Economics at Cambridge working on “Agrarian constraints to economic development:The case of India ” under the supervision of renowned Economist Suzy Paine.